G.M. Contract Terms May Be a Tougher Fit for Its Rivals 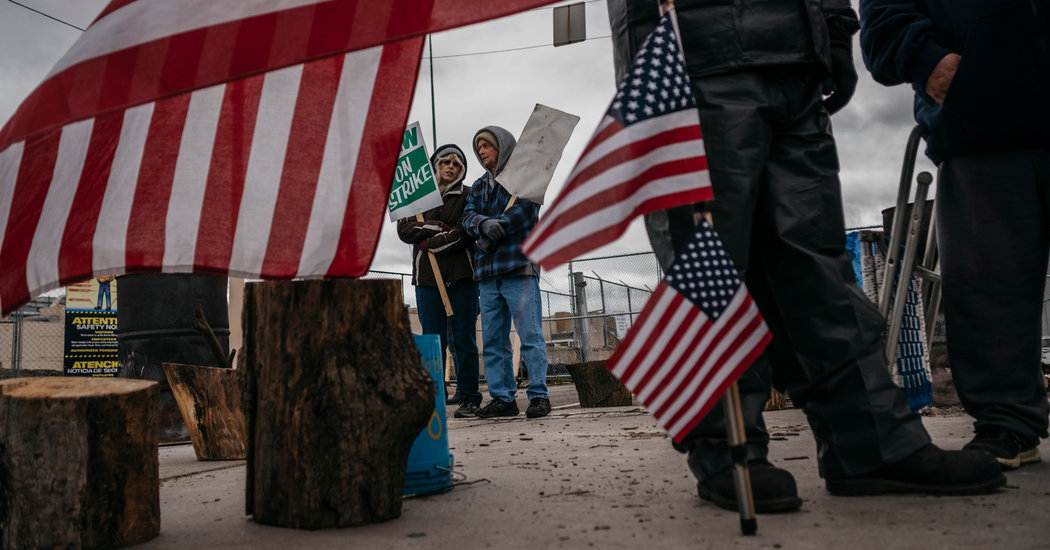 The tentative contract that General Motors has worked out with the United Automobile Workers union is going to raise the automaker’s cost of labor and require a significant cash outlay.

But G.M. won something that it had rarely attained in the past outside of bankruptcy: the ability to close three plants economically.

Now the union is likely to try to win similar monetary gains from Ford Motor and Fiat Chrysler. And those companies may find them more costly, on a relative basis, said Kristin Dziczek, vice president for industry, labor and economics at the Center for Automotive Research in Ann Arbor, Mich.

“Ford and F.C.A. don’t have three plants they want to close,” she said. “So what will they win?”

G.M. workers will vote on the contract this week, with a result expected on Friday. Most union locals will hold seminars to outline the contract’s details to members, and they allow voting over two or three days.

If the contract is ratified, it will end a strike that has idled 34 G.M. factories in the United States for more than a month and disrupted operations in Canada and Mexico. Analysts estimate that the walkout has cost G.M. at least $2 billion in operating profit.

Under the proposed contract, the company’s 49,000 U.A.W. workers would get higher wages and bonuses, with no change in health benefits. Reducing the company’s health care costs, by shifting more to employees, was a concession that G.M. had hoped to win.

In addition, G.M. pledged to invest $7.7 billion in United States factories, and to make additional investments of $1.3 billion through joint ventures. In the last contract, negotiated in 2015, G.M. made a commitment to invest $1.9 billion on top of $6.4 billion that it had announced before those talks began.

One project that G.M. is planning is a battery plant to be built with a partner near the site of the factory it idled this year in Lordstown, Ohio. The plant would be unionized, but under a separate contract.

The company also promised that its Detroit-Hamtramck plant would get an investment of $3 billion — an unusually large sum for a single factory. The plant had been scheduled to close in January. The new investments will retool the factory to make battery modules and a new electric sport utility vehicle.

“This is a good contract for the U.A.W. membership,” said Michelle Kaminski, a labor-relations professor at Michigan State University.

In exchange, the union is accepting the shutdown of transmission plants in Baltimore and Warren, Mich., and a small-car plant in Lordstown. Reactivating those plants, especially the Ohio factory, was a goal of the union in the talks.

“It’s a very expensive deal for G.M., and achieved through a strike that has already been very costly,” said Patrick Anderson, an economic consultant in East Lansing, Mich. But closing three plants, with auto sales slowing and the economy’s direction uncertain, “was an absolute requirement for them,” he said.

Before G.M. went through its bankruptcy reorganization in 2009, the company could close plants, but its contracts with the U.A.W. required that it keep all workers on its payroll. G.M. usually had few open jobs to offer idled union members, and even when it did, its labor contracts allowed workers to veto transfers to other plants. Often that meant workers ended up in the “jobs bank” — where they collected most of their normal pay but no longer reported to work.

The jobs bank was eliminated in the bankruptcy reorganization, and this time G.M. was able to prevail on its determination to close plants.

Joseph Spak, an analyst at RBC Capital Markets, estimated that the new contract would increase labor costs by $100 million a year. Before the talks, G.M.’s total cost of labor was $63 an hour, compared with about $50 an hour in the nonunion plants that foreign automakers like Toyota and Honda operate in the South.

The costs are rising even as G.M. is already spending billions of dollars to develop autonomous and electric vehicles, though it remains unclear when they might sell in large numbers.

“It is a fairly solid outcome for G.M.,” Mr. Spak wrote. “The financial implications of the deal don’t look too onerous.”

Workers not yet at the top wage of $32 an hour will get raises to move them to that level within four years, ending a two-tier wage system that fostered tensions between workers. Temporary workers also get a path to full employment. If the agreement is ratified, each worker will get a bonus of $11,000, costing G.M. close to $500 million in cash.

But Ms. Dziczek said it was unclear what Ford and Fiat Chrysler could get from the U.A.W. in exchange for higher wages and bonuses and accelerated pay raises like those G.M. agreed to.

Fiat Chrysler has a higher percentage of “in progression” workers — those hired after 2007, who earn as much as $12 below the top union wage. Just under half of Fiat Chrysler’s 44,000 U.A.W.-represented employees are in that category, according to the company.

Ford has 55,000 U.A.W. workers. About 34 percent are in-progression and 6 percent are temporary, roughly comparable to the distribution at G.M.

The contract negotiations every four years follow a practice known as pattern bargaining, in which the union designates one company for initial negotiations toward an agreement meant to serve as a template for the others. A major reason the union chose G.M. as its negotiating target was that G.M. had been closing plants, while Ford and Fiat Chrysler had not. Ford, in fact, canceled plans to build a plant in Mexico, and Fiat Chrysler is putting a new Jeep factory in Detroit.

If it had negotiated first with one of the other companies, the union might not have had the same leverage to put both economic gains and plant allocation on the table.

Still, Moody’s Investors Service said the contract, if approved, would be a positive for G.M.’s credit outlook.

Ms. Kaminski, the Michigan State professor, suggested that the company should be able to manage the increased cost.

“One of the common misperceptions is how much labor contributes to the cost of a vehicle,” she said. “The cost of labor in assembly is only 7 percent to 10 percent of the cost of the vehicle. It’s a relatively small component of the car.”