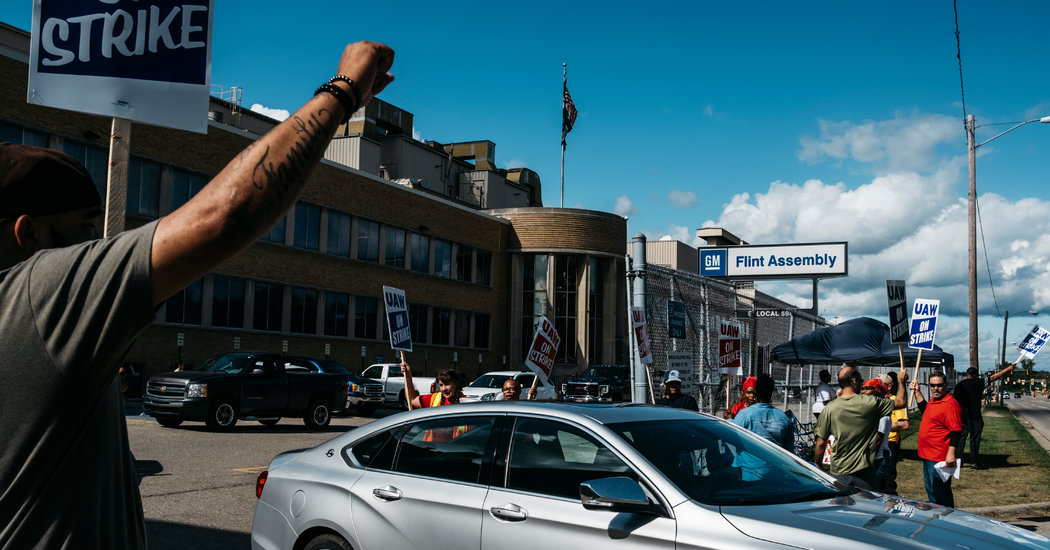 With a lengthy strike finally behind it, General Motors offered its first look Tuesday at some of the financial fallout.

For the full year, G.M. said the strike’s impact on earnings was likely to be almost $3 billion.

The strike’s effect on earnings will be greater in the fourth quarter because it shut down G.M.’s North American operations for almost all of October.

The company’s 49,000 union employees walked off the job on Sept. 16, idling 34 plants across the Midwest and South for the final two weeks of the third quarter. Most of G.M.’s plants in Mexico and Canada were also affected.

The strike was settled last week when the contract was ratified by a majority of the United Automobile Workers union members employed by G.M. Workers began returning to work over the weekend.

“Our new labor agreement maintains our competitiveness, preserves our operating flexibility and allows us to continue improving our quality and productivity,” G.M.’s chief executive, Mary T. Barra, said in a statement Tuesday. “We remain focused on strengthening our core business and leading in the future of personal mobility.”

G.M. shares were up about 2 percent before the start of regular trading.

[How it looked in Flint: The G.M. strike from the picket lines.]

Analysts estimate that the contract will increase G.M.’s labor costs by about $100 million a year.

The contract allows G.M. to close three United States factories, including a small-car plant in Lordstown, Ohio. The reduction in manufacturing capacity will leave G.M. in a more stable position if auto sales continue to slow or the United States economy slips into a recession.

Helped by strong sales of high-margin trucks and sport utility vehicles, G.M. has earned $35 million in North America over the last three years. Under the new labor agreement, the company has promised to invest $7.7 billion over the next four years in United States plants. An additional $1.3 billion will be invested by G.M. and joint-venture partners. The spending is supposed to create or preserve as many as 9,000 jobs.

In first three quarters of 2019, G.M. sold 2.15 million cars and light trucks in the United States, a decline of about 1 percent from the comparable period last year.