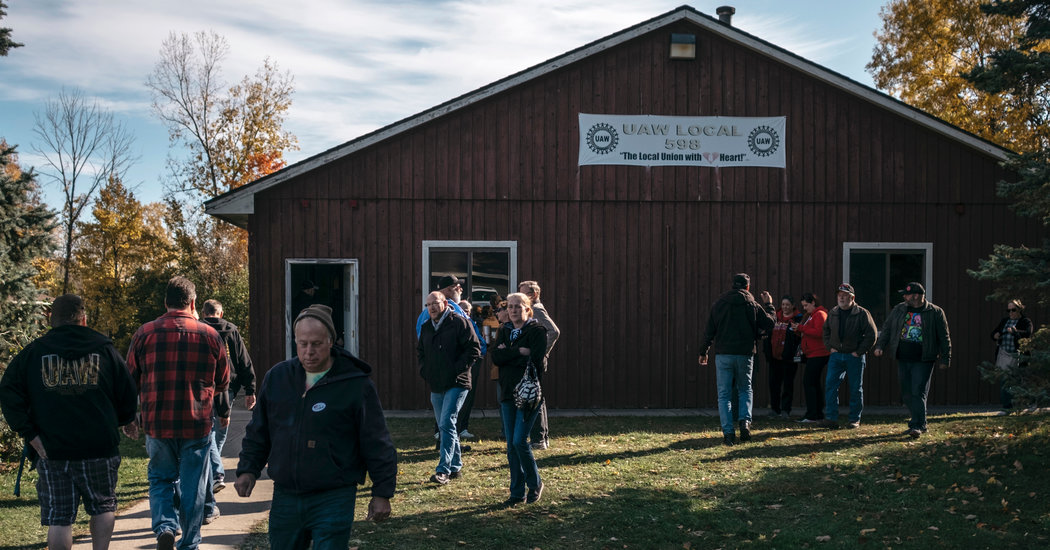 The United Auto Workers union appears set to approve a new contract with General Motors and put an end to the strike that has idled tens of thousands of workers for almost six weeks.

Workers at several large G.M. plants have approved the tentative contract by considerable margins, raising expectations that it will be ratified when the final votes are tallied Friday afternoon.

“I think it’s a good contract,“ said Ashley Scales, a union member at G.M.’s truck plant in Flint, Mich. “There are people on all parts of the spectrum, for and against, but I think it will pass.”

If the contract is approved by a majority of the 49,000 union workers, G.M. could call skilled-trades workers, who maintain production machinery, back to work as soon as Saturday to begin preparing plants to resume operations, two people with knowledge of the company’s plans said.

In some locations, production could resume as soon as Monday, they said. Other factories that ran short of parts during the strike may take more time to restart, they said.

The contract gives the union a series of wage increases and a path for temporary workers to become permanent employees. Over four years, all full-time hourly workers will see their wages rise to the top level of $32 an hour, putting an end a two-tier wage system that has chafed workers. Each U.A.W. worker would also be paid a bonus of $11,000.

Health-care terms are unchanged, with workers paying about 3 percent of the cost, well below the portion paid by G.M.’s salaried employees.

“It’s a rich contract for workers,” said Patrick Anderson, an economist based in East Lansing, Mich. “The health care coverage would be the envy of nearly every worker in America.”

At the same time, the agreement allows G.M. to close three idled factories permanently, including one in Lordstown, Ohio.

The closing of the Lordstown plant is one of the main sticking points for some workers voting against the contract. “We did everything that G.M. ever asked of us at times of concessions,” said Bill Goodchild, a member of Local 1112 in Lordstown. “We feel we deserve a product.”

But at the Detroit-Hamtramck factory, more than three-quarters of union members voted in favor. The plant was designated to close in January, but under the new contract, G.M. is supposed to invest $3 billion to upgrade and expand the factory.

If the agreement is ratified, the U.A.W. will restart negotiations with Ford Motor and Fiat Chrysler and seek to win similar terms from them.

Michelle Kaminski, a professor of labor relations at Michigan State University, said the strike and the terms the U.A.W. won were the latest sign of organized labor gaining strength.

“In the past couple of years, we’ve had quite a number of very successful teacher strikes around the country,” she said. The U.A.W. strike is a further example that “labor is still vibrant and when it fights, it wins,” she added.

At G.M.’s Flint plant, which employees about 4,800 hourly workers, members of U.A.W. Local 598 approved the contract, with 61 percent of the votes in favor and 39 percent against.

At Local 652, which represents about 1,400 workers at a sport-utility vehicle plant in Lansing, Mich., the contract was approved with a 75 percent majority.

Two plants have voted to oppose the contract, but by narrow margins. Workers in Spring Hill, Tenn., rejected the agreement by seven votes, while others in Bowling Green, Ky., voted it down by fewer than 100 votes.

Tallies are due today from three large truck plants, in Arlington, Texas; Wentzville, Mo.; and Fort Wayne, Ind. Each employs more than 4,000 U.A.W. workers, and approval in those locations would probably ensure ratification.

Workers at those locations have reasons to favor the contract. Those plants figure prominently in G.M.’s future plans. In the contract, G.M. agreed to invest $1.5 billion in the Wentzville factory. Earlier this year G.M. earmarked investments of $24 million at Fort Wayne and $20 million at Arlington.

2020 Volkswagen Golf breaks cover: Sleeker and sharper than before!