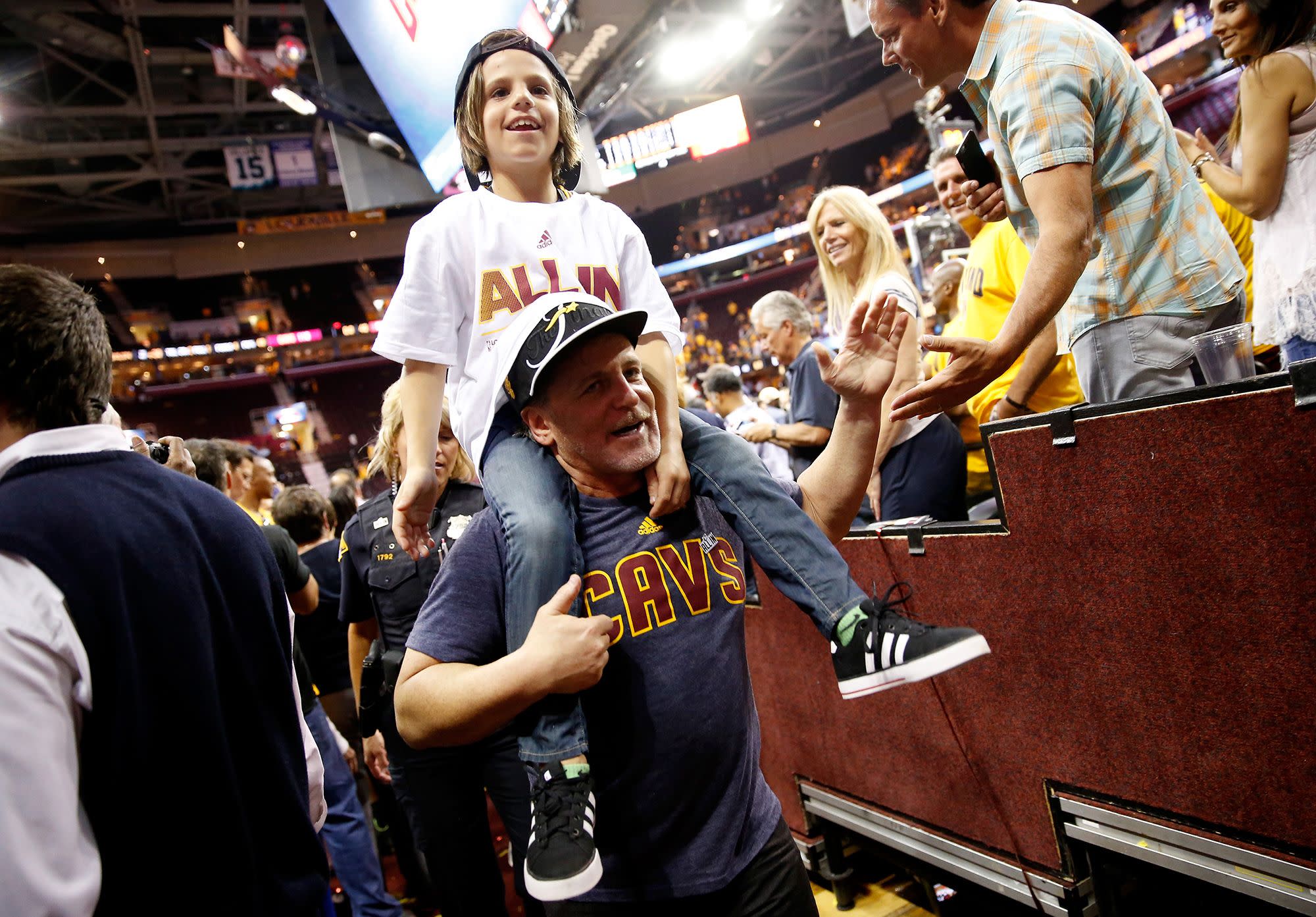 Shares of the Detroit-based mortgage company rose more than 19% on the first day of trading in New York, pushing Gilbert’s net worth to about $34 billion, according to the Bloomberg Billionaires Index.

Thursday’s IPO makes Gilbert, 58, one of the biggest beneficiaries of the era of ultra-low interest rates and caps a career that’s seen him rise from delivering pizzas to befriending Warren Buffett, winning an NBA championship and becoming a figurehead for the transformation of downtown Detroit.

Rocket is valued at about $40 billion, more than Bank of New York Mellon Corp. or Ford Motor Co. Gilbert owns an estimated 73% of the firm.

His net worth is more than four times the previous estimate on the Bloomberg index. It means he’s now the 28th-richest person on the planet, ahead of Blackstone Group Inc.’s Stephen Schwarzman, casino magnate Sheldon Adelson and cosmetics titan Leonard Lauder.

Julia Sahin, a spokeswoman for Rocket Cos., declined to comment.

Quicken Loans is the bedrock of Gilbert’s wealth. It’s the largest retail mortgage originator in the U.S., underwriting about $145 billion in 2019. That powered the company to $892 million in net income in 2019. This year — despite a pandemic — origination volumes hit a record in March, April, May and June with falling rates encouraging homeowners to refinance. And those rates keep dropping. The average for a 30-year fixed loan fell to 2.88%, the lowest in nearly 50 years of record keeping by Freddie Mac.

The specialization of every step in the lending process allowed it to process loans more efficiently, at lower cost, than banks.

The company will have to contend with a mixed tracked record for retail lenders that have gone public, Parker said, with the cyclical nature of the industry making sustained growth difficult. Rocket’s diminished listing came after investors pushed back on the company’s valuation, arguing it should be priced as a consumer or financial company rather than a technology business, a person familiar with the matter said.

Gilbert was born in a Detroit suburb. A law student, he parlayed his earnings from delivering pizzas to set up lender Rock Financial in 1985, according to a 1998 prospectus. He later started direct mortgage lender Rockloans.com.

This won’t be Quicken’s first experience as a public company. Rock Financial was bought by software maker Intuit in 1999, and renamed Quicken Loans. Gilbert bought the company back three years later when its annual mortgage originations stood at $7 billion. Low interest rates in the aftermath of the global financial crisis helped supercharge Quicken’s growth and it became the nation’s largest retail lender in 2017.

With his company prospering as a private entity, Gilbert’s profile rose. He acquired the majority ownership of Cleveland’s National Basketball Association team in 2005 and bought up dozens of buildings in downtown Detroit during the last recession in a bid to revitalize Motor City. Other prized assets — such as the Cavaliers basketball franchise and real estate investment firm Bedrock — are held outside the newly listed entity.

Christopher Leinberger, a research professor at the GW School of Business, part of George Washington University, estimates that these investments resulted in about $18 billion of increased economic activity for the city.

“Who in his right mind would invest in 100 buildings in Detroit in 2010?” Leinberger said, adding that the gamble ultimately worked. “There wouldn’t be headlines about how downtown Detroit is back without Gilbert.”

Gilbert also developed a rapport with another Midwestern billionaire.

When Quicken’s marketing team offered a $1 billion prize to a contestant who predicted the winner of each game in the National Collegiate Athletic Association’s men’s basketball tournament in 2014, Buffett’s Berkshire Hathaway Inc. insured the payout.

The calculated gamble paid off: no one won but the prize drew plenty of attention to Quicken. The two also teamed up for an unsuccessful bid for Yahoo in 2016, the same year the Cavs won their first-ever championship.

While its been nearly two decades since Gilbert stepped back as Quicken’s chief executive officer, the company still bears his imprint. The IPO filing highlights core principals Gilbert espoused like “Ignore the noise,” and “Every second counts.”

His continuing influence was underlined when he had a stroke in 2019, news of which sent shockwaves through his companies and hometown.

He’s since been able to return to work and there’s little indication he’s planning to relinquish control anytime soon. The filing notes he holds a class of shares with majority voting rights.

Duke Energy (NYSE:DUK) Has Compensated Shareholders With A Respectable 47% Return On Their Investment

Ahead of festive season, Amazon Seller Services gets another fund infusion from Singapore parent

Industry confidence nosedives in Q1; these firms may not recover in near future