Fed Votes to Lighten Regulations for All but the Largest Banks

by admin
in Economy
0 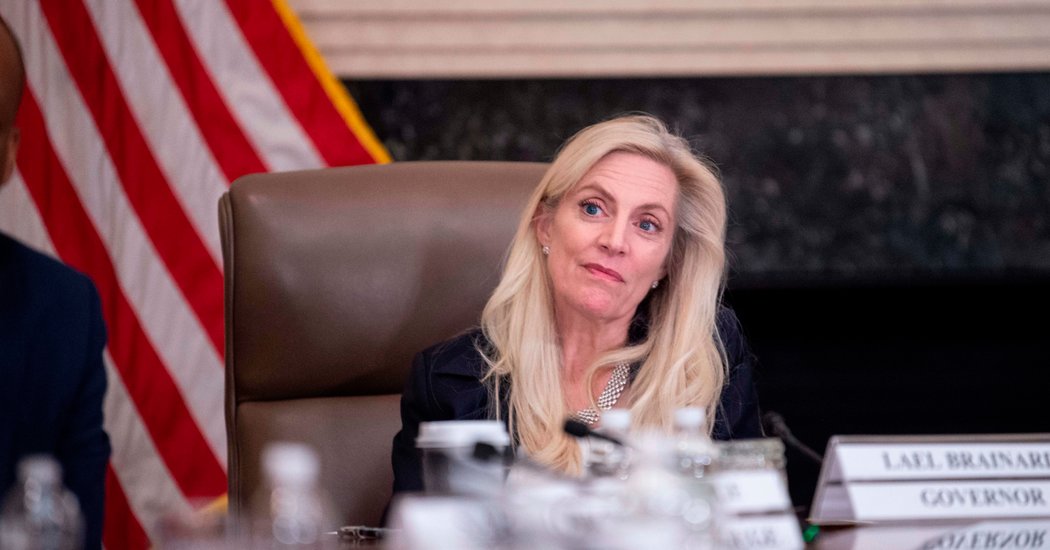 Federal Reserve Board members voted on Thursday to adjust key bank regulations put in place after the financial crisis, enacting a series of changes that one board governor, Lael Brainard, warned could weaken “core safeguards.”

Regulators are tying rules more closely to bank size, reducing the necessary level of cash and government bond stockpiles at all but the largest and most complex institutions. Affected banks will also be allowed to submit “living wills” — documents detailing how a bank would wind itself down in the event of failure — less frequently.

Banks with $250 billion to $700 billion in total assets, including firms like Capital One and PNC Financial, will now have to submit a resolution plan every three years, alternating between full and partial filings. They are currently required to submit a full report annually, though in practice they have usually received extensions because the process is so complex. Foreign banks with operations in the United States, including Deutsche Bank, Barclays and HSBC, will also be allowed to file less often.

Ms. Brainard said that while she supported some of the changes approved on Thursday, the overall package went too far.

“I support some reduction in the frequency of plan submissions to temper the substantial work entailed,” Ms. Brainard said. But, she added, the changes go beyond what is mandated by a regulatory relief law “in ways that may weaken the resolution planning process for very large banking firms and leave the system less safe.”

The framework “more closely ties regulatory requirements to underlying risk, in a way that does not compromise the strong resiliency gains we have made since the financial crisis,” Mr. Quarles said.

Requirements for the largest and most globally important banks went mostly unchanged in the rules the board approved on Thursday, though the package does formalize a longer cycle for living wills for such banks. They are now required to submit every two years, alternating between partial and full plans, bringing actual regulation in line with current practice.

Partial living wills require that banks describe most core activities, but can leave out some aspects of bank operations — corporate governance practices, for example — that have not changed between filings.

Ms. Brainard, the lone dissenter, also objected to the fact that Thursday’s overhaul will reduce some banks’ “liquidity coverage ratios,” which require banks to keep a stock of cash and government bonds on hand to meet financial obligations in case of trouble.

Institutions in the $250 billion to $700 billion range will see their requirements reduced by 15 percent.

“It is premature to reduce core capital and liquidity requirements for large banking institutions, since they have not yet been tested through a full cycle,” she said. “At this point late in the cycle, we should not give the green light to large banking organizations to reduce the buffers they worked so hard to build post-crisis.”

The changes will also allow some bigger banks to omit an accounting measure that takes into account unrealized losses when calculating regulatory capital, slightly reducing their capital requirements.

The rules still need to be approved by the Federal Deposit Insurance Corporation and, in one case, the Office of the Comptroller of the Currency. Many of the adaptations were required by a regulatory relief act that President Trump signed into law in May 2018, though regulators had discretion in shaping them.

Thursday’s tweaks are the latest installment of a broader regulatory fine-tuning that has been underway since last year. Supporters say the changes to post-crisis restrictions placed on America’s banks amount to a right-sizing, since the new regulation was slapped on quickly and often without considering individual characteristics.

Skeptics have argued that the changes together amount to a substantial weakening of post-crisis regulation, and could leave the system vulnerable to future shocks.

This week, the Fed voted to simplify the so-called Volcker Rule, which prohibits banks from making risky bets with customer deposits. The updated rule is easier on banks than the initial version proposed in May 2018, dropping an accounting test that would have exposed a broader swath of trades to regulatory scrutiny. Ms. Brainard also voted against that change.

This is unlikely to be the final chapter in simplifying regulations. Mr. Quarles, who is overseeing the Fed’s regulatory revisions, seems to be turning next to banking supervision — how Fed employees apply regulations to the banks the central bank oversees in real time.

He told lawyers gathered at a Georgetown University conference last month that he “would welcome greater legal scholarship on the due process considerations associated with bank supervision.”

And on Thursday, he said that he was “eager to identify other process improvements to our supervisory framework that would not sacrifice the important strides we have made in resilience since the crisis.”

That focus on supervision seems to be shared by the banking industry. The Bank Policy Institute, which represents banks affected by the rules, said in a statement after the board vote that the Fed has enacted the regulatory relief law “faithfully.”

“The next step is equally important,” Greg Baer, the organization’s president, said in a statement. “To ensure that the examination process is aligned with the new regulatory framework and not allowed to reimpose the same old requirements.”