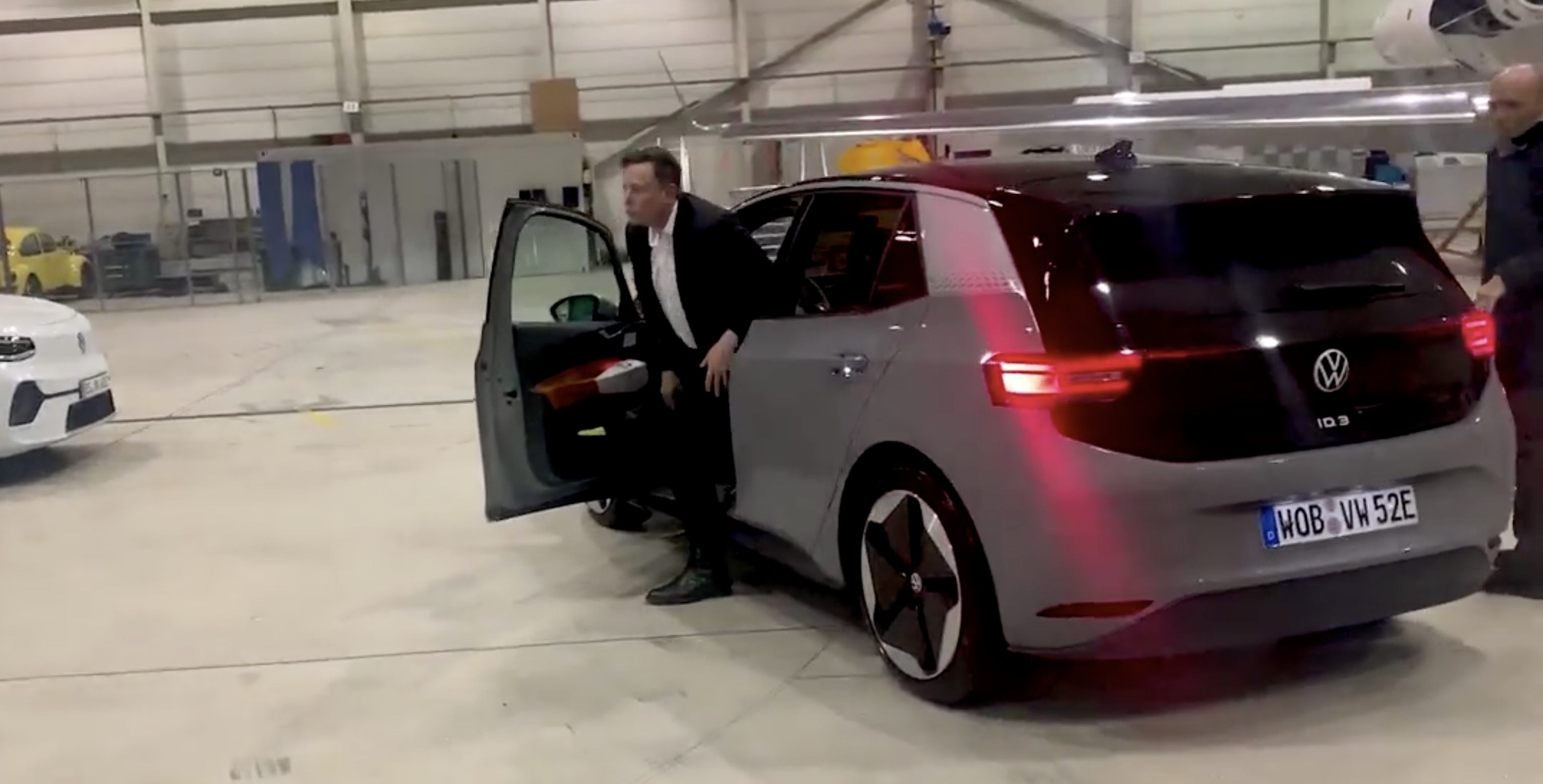 VW has released a video of the mysterious meeting between CEO Hebert Diess and Tesla CEO Elon Musk during which the latter test drove the upcoming ID.3 and ID.4 electric cars.

As we reported over the last week, Musk has been in Germany to visit a few projects related to Tesla.

It ended with reports that Musk landed at Braunschweig Airport, a facility mostly used by Volkswagen, to meet with VW CEO Hebert Diess.

Volkswagen confirmed that the meeting happened, but they didn’t elaborate on the nature of the meeting — leaving people to speculate about it.

German reports stated that Hebert gave Tesla’s CEO a preview of the ID.3 and the ID.4 electric vehicles at the airport.

Now Hebert has released a video of Musk test driving the VW ID.3 on his personal LinkedIn:

In the short video, you can see Tesla’s CEO ask basic questions about the ID.3 and drive around the airport.

“I think for a non-sporty car it’s pretty good.”

The automaker appears to be using this as part of its marketing strategy since it even tweeted out Diess’ LInkedIn post:

VW is about to start deliveries of the ID.3 electric car in Europe and the German automaker is expected to deliver the new car by the tens of thousands after accumulating units for almost a year of production ahead of the first deliveries.

The ID.4 electric SUV is expected to follow shortly after and it is going to be VW’s first new EV based on the MEB platform to make it to the US.

There was a lot of speculation regarding the meeting after it happened last week.

It ranged from a partnership between Tesla and VW to just a friendly meeting between two auto executives who have already admitted to being friends.

We discussed it on the last eposide of the Electrek podcast:

Personally, I thought it was just a friendly impromptu meeting arranged after Musk announced that he would be in Germany.

I think releasing this video kind of supports that.

Though there might have been another motive too. Volkswagen’s PR department looked like they were trying to capture Elon say a few nice things about the car to use it in promotional material like that.

What do you think? Let us know in the comment section below.

Duke Energy (NYSE:DUK) Has Compensated Shareholders With A Respectable 47% Return On Their Investment