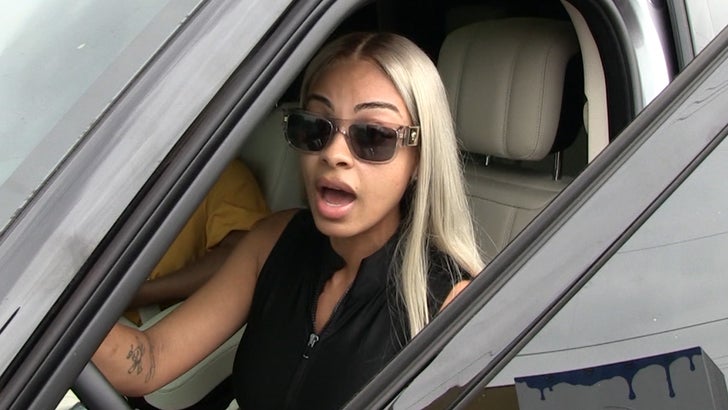 Ana Montana says she’s taking extra precautions in the wake of another IG model’s shocking death … including beefing up her personal security.

We got Ana leaving Toast in Los Angeles and asked if she’s doing anything differently safety-wise in reaction to Miss Mercedes Morr‘s recent death, which cops in Texas say is an apparent murder-suicide.

Ana says she’s thinking about adding muscle and she’s being extra cautious about where and when she posts on social media, because she thinks Morr might have had a stalker.

It’s interesting … Ana says lots of IG models and influencers are talking about Morr’s death, and it seems like it’s been a wake-up call to some folks.

Ana tells us she’s warning other influencers to be extra careful about giving away too much information about their personal lives in their profiles … and she says it’s not smart to tag locations while they’re still physically there.

Ana’s also got a message for her followers, and it sounds like she’s dealt with some creepy fans before.

Note On The T-Shirt Worn By CM Punk On AEW Rampage – Wrestling Inc.

Rosamund Pike Reads Paula Hawkins; and Other Audiobooks to Make Your Head Spin

How the Cast Members of ‘Dear Evan Hansen’ Found Their Voices