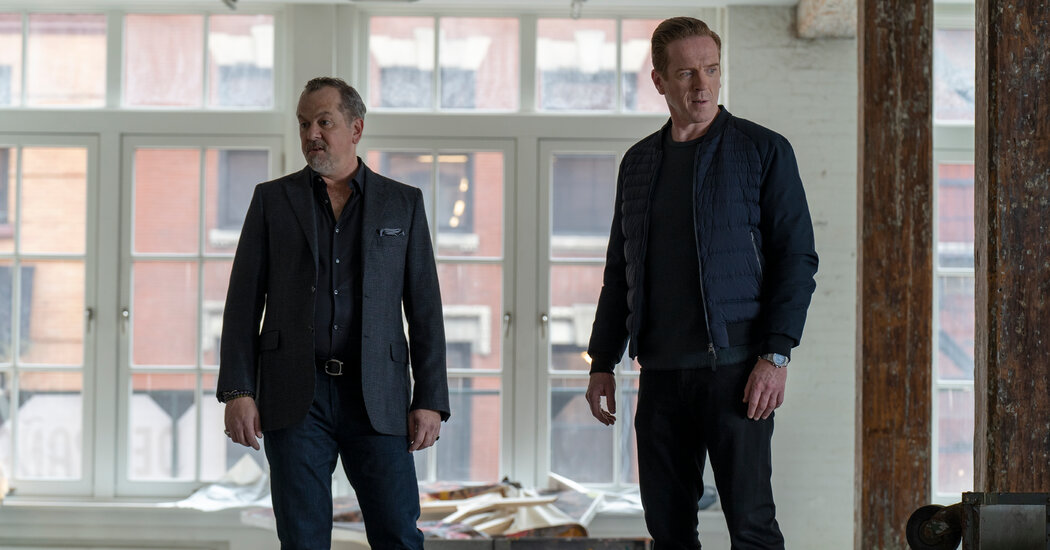 For Bobby, this is just more tit-for-tat, a follow-up to Prince’s attempt to get at Axe by stranding at sea the first shipment of his frozen-pizza pet project. On the advice of his star pizza chef’s cousin, Paul Manzarello (Domenick Lombardozzi), Bobby buys up a bunch of Italian-made pizza ovens and recreates the entire shipment domestically, allowing his right-hand man, Wags, to show up Scooter, his counterpart at Prince’s firm, at a supermarket. For Prince, it’s the last straw: Axelrod delenda est.

Chuck, meanwhile, continues his machinations against his old rival — while he’s not busy helping his dying father pick out coffins. Recognizing that his maneuverings unwittingly handed Axe the bank charter he had been seeking, Chuck reaches out to Drew Moody (an impressively sinister Michael Cerveris), attorney general for the tax-haven state of Delaware, in an attempt to nip the problem in the bud.

Moody blows him off. “I don’t believe corporations are people,” he purrs. “They’re better than people, because they don’t [expletive] up when they get so obsessed with one thing they can’t see reality.” I’m not sure this tracks given Axe Cap’s behavior, but OK, sure.

Chuck devises a novel workaround for this particular stone wall, though. He has his father, Charles Sr., appointed as special trustee to Axe’s new bank, ready to ride herd and make life for the fledgling operation a living hell, so long as he is still alive to do so.

And that’s precisely the vulnerability upon which Axelrod seizes. Utilizing the secret employee files compiled by Wendy Rhoades before her big ethics investigation a while back, Axe discovers that his minion Danny Margolis (Daniel Cosgrove) is a donor match for the kidney transplant Charles needs to stay alive; by the time Chuck gets wind of it, the operation is all but underway. Now Bobby can say he has done the one thing Charles’s own son couldn’t: He saved the old man’s life.

So much for that punitive trusteeship!

But Prince is surprisingly optimistic. Recognizing an excess of emotion in Axe’s decision to cut his pizza partners in on atypically favorable terms, Prince sees the new bank as a blessing in disguise. With no one in place to stop him, Prince says, Axe will get reckless and make mistakes — “fatal ones.” All they have to do is let him run with it, continuing to cut corners and wage war against Prince until he makes a blunder from which he can’t recover.

Kim Kardashian, Is That You?

Simu Liu Allegedly Once Compared Pedophilia to Being Gay on Reddit

TV is highlighting Broadway this week. Here’s how to watch.