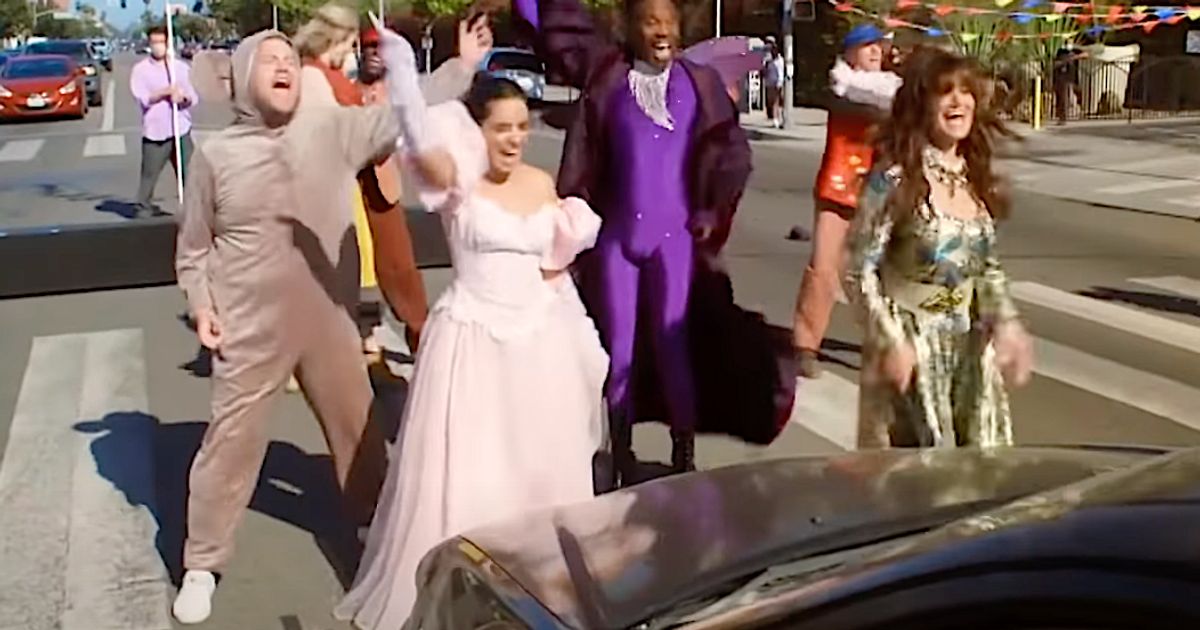 James Corden on Thursday premiered the first “Crosswalk the Musical” segment since the pandemic, and it just so happened to promote the “Cinderella” film musical he’s starring in. (Watch the video below.)

“The Late Late Show” host already went viral when Los Angeles commuters got a rush hour full of him thrusting his hips at them during filming. In a mouse costume, no less.

Now you can get a look at the full-length version as the real movie, an updated take on the fairy tale, premieres on Amazon Prime Video Friday.

Incidentally, Corden’s traffic-stopping pelvis pumping made it into the final cut. Fast forward to 10:27 for that. Just remember: There’s no putting the brakes on flashbacks.

Comedians Turn Their Attention to Abortion