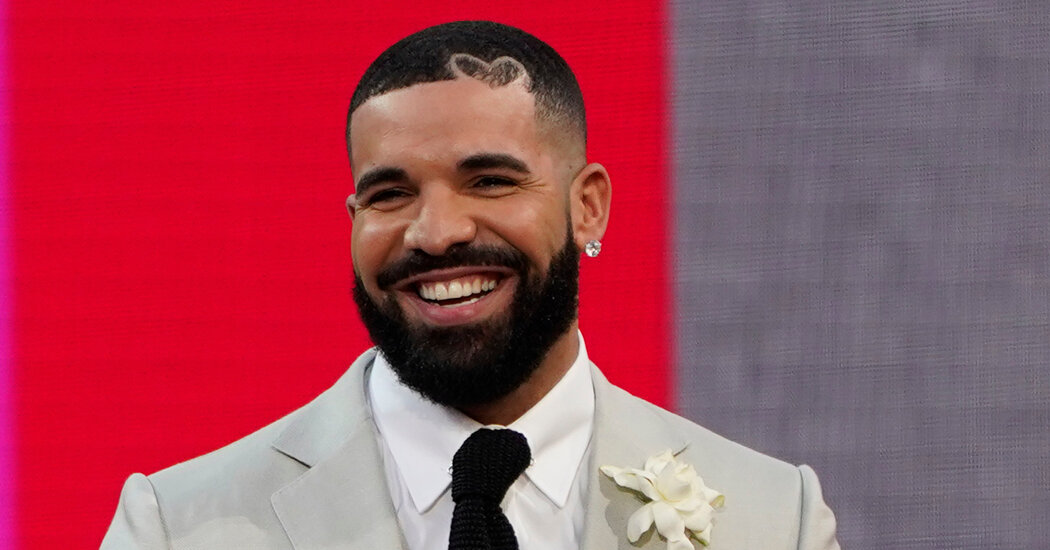 All year long, Drake has teased his fans with a new album, which he said early on would be called “Certified Lover Boy.” It was sure to be a hit, but how big? For Drake, a titan of the streaming era — who over the last week has been facing off against Kanye West — the stakes were high.

Now the answer is clear: “Certified Lover Boy” is a blockbuster, eclipsing everything else released this year, although as a streaming phenomenon it fell slightly short of Drake’s own record.

In its first week out, Drake’s album opened at No. 1 on Billboard’s chart with the equivalent of 613,000 sales in the United States, according to MRC Data. That is more than any title since Taylor Swift’s “Folklore” had 846,000 in July 2020, before a change in Billboard’s chart rules disqualified most retail bundles, like giving fans a download with the sale of a T-shirt — a highly effective but contested sales strategy.

Drake’s great strength is streaming, and “Certified Lover Boy” did not disappoint. In its first week out, the album’s 21 songs racked up 744 million streams in the United States — about 74,000 per minute — far more than any other title. It broke Spotify’s record for the most streams in a single day; over the week, songs from “Certified Lover Boy” took up 19 of the service’s top 25 spots. (West’s “Donda” opened with the equivalent of 309,000 sales, including 357 million streams.)

Also this week, the veteran British heavy metal band Iron Maiden scored its highest chart position ever with “Senjutsu,” which opens at No. 3 — with just 3.6 million streams, but 61,000 copies sold as a full package. The band’s last two studio albums, “The Book of Souls” (2015) and “The Final Frontier” (2010), each went to No. 4. (And 1980s classics like “Powerslave” and “Somewhere in Time”? They never cracked the Top 10.)

When Matt and Ben Met Nicole: How They Came to Write ‘The Last Duel’

When Matt and Ben Met Nicole: How They Came to Write ‘The Last Duel’