Kim Kardashian West is Not Listening to ‘CLB,’ Viral Post is Fake 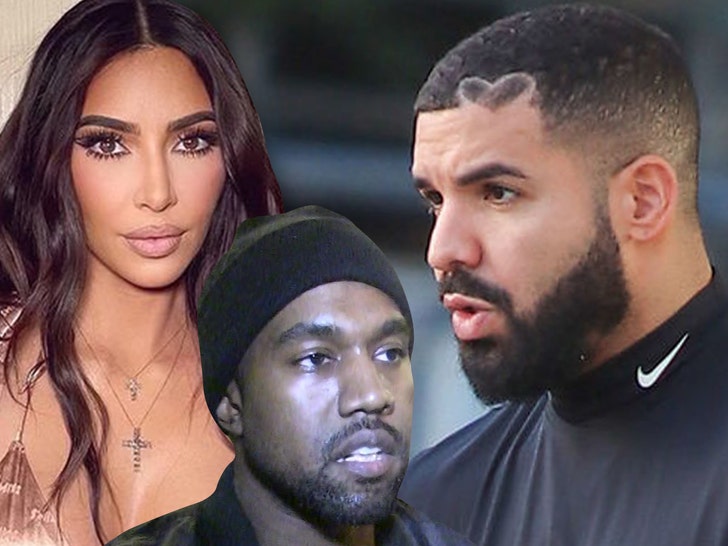 Kim Kardashian West‘s loyalty remains with Kanye West, and she’s NOT listening to Drake‘s new album … despite what a now viral photo might suggest.

Drizzy’s highly-anticipated “Certified Lover Boy” dropped Friday, and it didn’t take long for a photo claiming to have been ripped from KKW’s Instagram story to flood social media. The screengrab showed Kim was listening to the song “Fair Trade” from the album, featuring Travis Scott with the volume turned up. 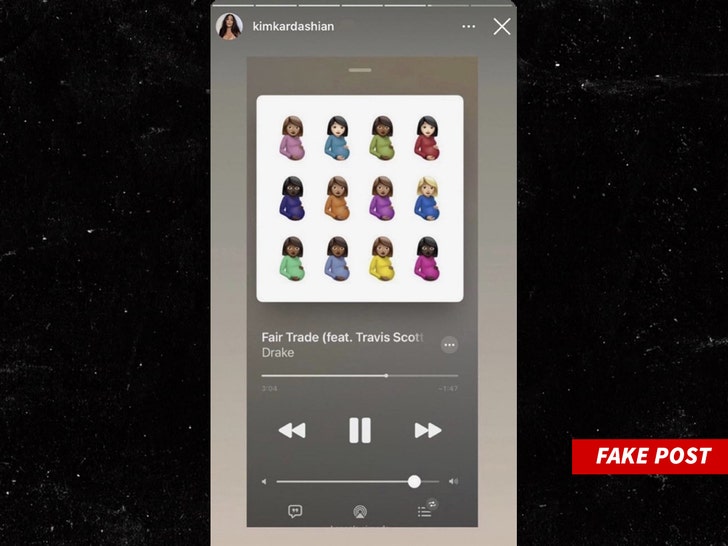 Our Kardashian sources tell us the post is fake, she was never listening to the album, and stands strongly behind Kanye and “Donda.”

As for why the volume turned up on the phony post should be noted — shortly after Kanye dropped his album, “Donda,” earlier this week, Kim posted a series of her favorite tracks on her IG story. Eagle-eyed fans noticed Kim was apparently listening with the volume off.

However, our sources tell us Kim wasn’t listening to the album in realtime when she posted the tracks — in fact, she was on a Zoom for law school when she posted. We’re told she’d had “Donda” for months, and was just excited to share some of the songs. 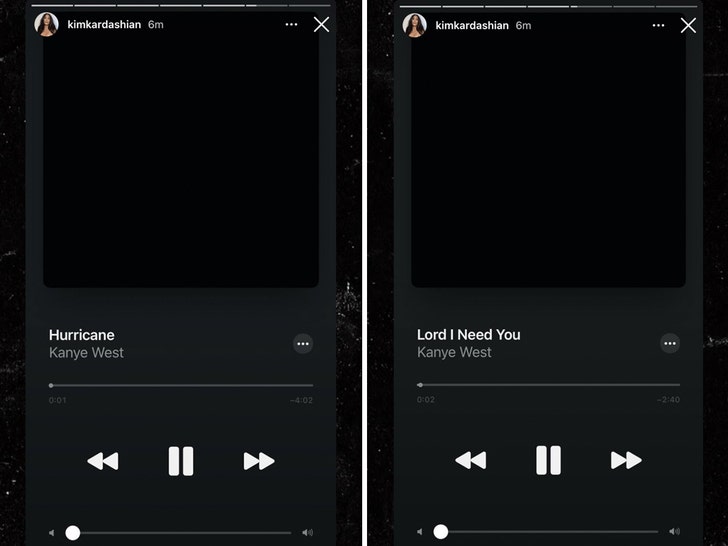 Of course, “Certified Lover Boy” didn’t drop without some apparent jabs at Ye … one track, titled “7AM on Bridle Path” — the street where Drake allegedly lives — he raps, “Give that address to your driver, make it your destination. ’Stead of just a post out of desperation.”

The line is almost certainly in reference to Kanye posting about Drake’s home address after Drake called West “burnt out” in a track with Trippie Redd.

We’ll see if Kanye retaliates, but he’s at least got a strong ally in Kim on his side.

Kaley Cuoco and Karl Cook Split After 3 Years of Marriage

Kaley Cuoco and Karl Cook Split After 3 Years of Marriage

12 New Books We Recommend This Week

GTAV’s Enhanced 2022 Release Should Leave The 2013 Transphobia Behind

The Met Opera Races to Reopen After Months of Pandemic Silence

Ben Affleck and Jennifer Lopez Make Out at Met Gala