Netflix and ‘The Queen’s Gambit’ dominate the Creative Arts Emmys. 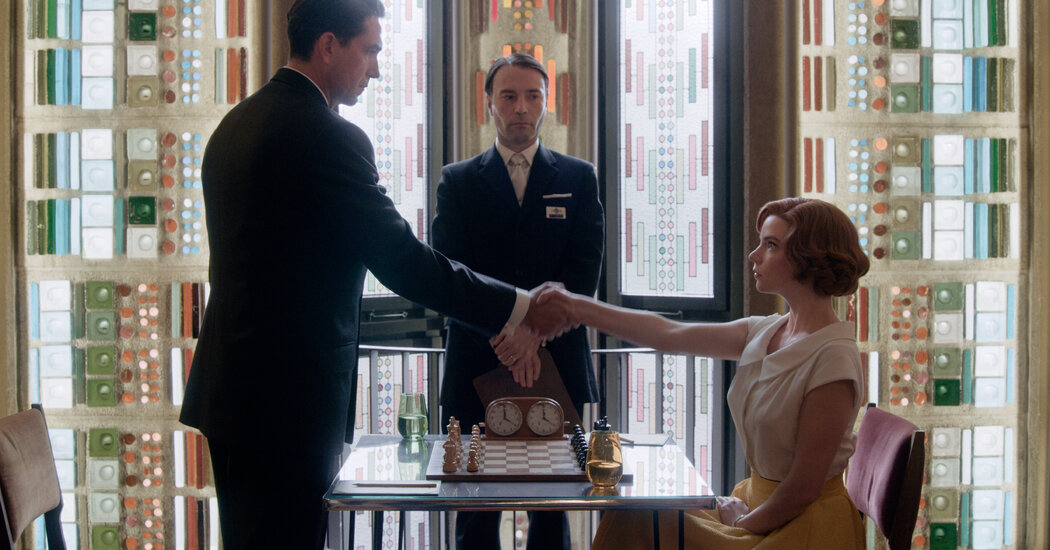 Fueled by “The Queen’s Gambit” and “The Crown,” Netflix dominated the competition at the Creative Arts Emmy Awards over the weekend.

Each year, the Television Academy, which organizes the Emmys, announces the winners for dozens of technical awards in the lead-up to the biggest prizes that are announced at the main event, the Primetime Emmy Awards. This year’s prime-time ceremony will take place on Sept. 19 and will be broadcast on CBS.

“The Queen’s Gambit,” the Netflix limited series about a chess prodigy, won nine Creative Arts Emmys over the weekend, more than any other series. Its closest competitors, with seven awards each, were the Disney+ Star Wars action adventure show “The Mandalorian” and the NBC stalwart “Saturday Night Live.”

Although the Creative Arts Emmys are not quite prime-time ready — they include awards like best stunt performance, best hairstyling and outstanding lighting direction for a variety series — they count all the same in the Hollywood record books, and the leaderboard for the 73rd Emmy Awards is now officially underway.

Netflix’s dominance all but guarantees that it will win more Emmys than any other TV network, studio or streaming platform, making 2021 the first year it will beat out its chief rival, HBO, to claim ultimate bragging rights. Three years ago, in a first, Netflix tied HBO for top honors. Going into this year’s Emmys ceremonies, HBO, aided by HBO Max, led all networks with 130 nominations, one more than Netflix.

The 73rd Emmy Awards will effectively be a showcase for television achievement during the pandemic. Because of production shutdowns and delays, the number of TV shows in the second half of last year and the first half of this year declined. Submissions for the top categories this year were down 30 percent.

The ceremony, hosted by Cedric the Entertainer, will take place indoors and outdoors on the Event Deck at L.A. Live, near the Emmys usual home at the Microsoft Theater in downtown Los Angeles. Attendance will be drastically reduced but, unlike last year’s remote ceremony, most winners speeches are likely to be delivered in person.

You Should Be Hyped About This New God of War Character

Covid shielder gets private opera performance in back garden

Under Summertime Umbrellas — No Shade!