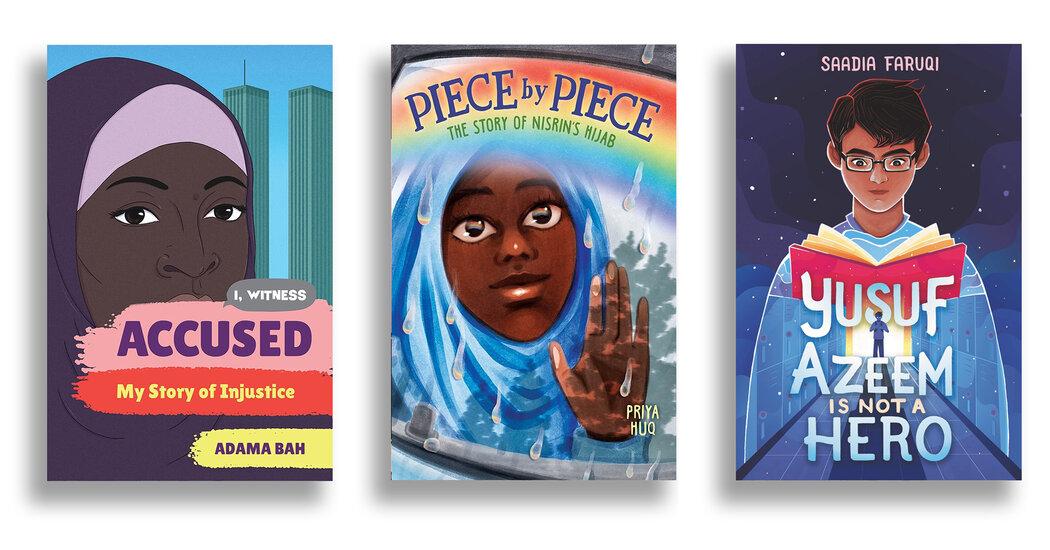 That feeling is palpable in “Accused: My Story of Injustice,” a stark new memoir by Adama Bah, who woke one morning in 2005 to find her home overrun by law enforcement officers, “a destructive storm in our apartment.”

The storm was just beginning. Born in Guinea and brought to New York as a toddler, Bah opens her account with the painful reflection that “I didn’t know I wasn’t an American until I was 16 and I was in handcuffs.” Within minutes, she and her father were in custody; he would eventually be deported. Bah was held in a juvenile detention center for over six weeks, subject to humiliating strip-searches and verbal abuse from guards. For half that time, her family had no idea where she was. When Bah learned she was suspected of becoming a suicide bomber, she laughed in disbelief.

Hers is the first in a series of “I, Witness” books, edited by Dave Eggers, Zainab Nasrati, Zoe Ruiz and Amanda Uhle, which will let “young people — who have seen and lived through recent history — tell their stories.” It’s an inspired idea. Adults may find Bah’s story a harrowing read, not least because the child at its center is one whom we, Americans, ought to have protected. Older middle-grade readers may crave more texture, since glimpses of Bah as a schoolgirl are so appealing: the color contacts she tried when “the other girls started wearing makeup,” her pride in her sneaker collection and her unforgettable hope that, when forced to use the bathroom in the presence of guards, “my poop brings toxins.” But a younger audience, reading to discover what happens next, will likely appreciate the brisk pacing and excellent appendices. Although chapter headings such as “Framed” and “Violated” form a narrative of what has been done to Bah, her own actions — and fight to be removed from the no-fly list — are most memorable.

“Piece by Piece: The Story of Nisrin’s Hijab,” by Priya Huq, is a triumph, a beautifully layered graphic novel about a girl recovering from a hate crime in 2002, and the trauma of a generation before, when her mother’s family fled the 1971 genocide in Bangladesh. Nisrin is a lively, longhaired middle schooler, on her way home from school with her friend Firuzeh in Oregon, when they are accosted by a man enraged to find them laughing “like you own the place.” He towers over the girls, threatening to kill them before he rips the orna — the scarf Nisrin wears over her kameez — from her head. We understand the extent of Nisrin’s injuries from a swipe of red across her scalp, her fingertips coming away red. Hospital scenes flash past, then panels showing Nisrin’s shorn head, the hair slowly growing back.

The narrative follows Nisrin’s relationship to her head covering: from the attack itself to her growing interest in wearing hijab, despite her mother’s doubts and grandfather’s disapproval. It’s an indirect journey that begins with a cousin’s urging and takes Nisrin through unexpected regions of family history. At the same time she copes with discrimination at school and everyday teenage perils, navigating friendships, learning to assert herself and keeping up in marine biology.

What Does It Look Like When a City Returns to Its Senses?

Dive Into A Murder Mystery On This Creepy, Cyberpunk Wikipedia

Dive Into A Murder Mystery On This Creepy, Cyberpunk Wikipedia

Met Gala: 13 of the most eye-catching looks