‘The Nutcracker’ Returns, With New Rules for Children 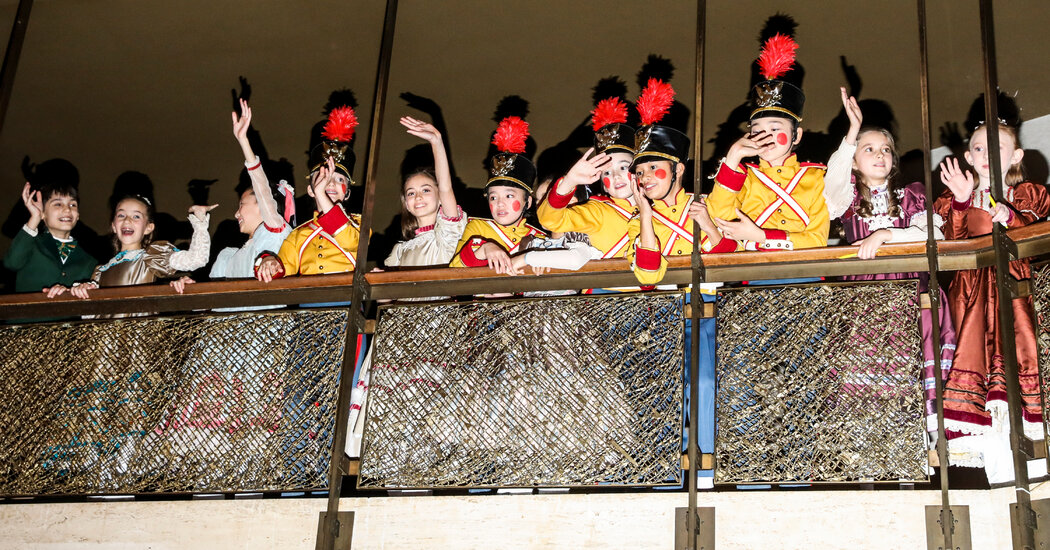 “Our ultimate goal, of course, is to try and get everyone — both students onstage and audiences in the theater — to be able to come and see not only our ‘Nutcracker’ production, but everything we’re doing this year,” said Jeffrey J. Bentley, the ballet’s executive director.

In Kansas City, “The Nutcracker” is a tradition that dates back more than three decades, though it was canceled last year, along with productions across the country. Parents with young children said they were disappointed they would not be able to partake again this year.

Adam Travis, an accountant in Kansas City, had hoped to take his two daughters, who are 9 and 4 and taking ballet classes, to see the show. The production is a family tradition: They get dressed up, go out to dinner and sit in the same seats each year.

“It was kind of a letdown,” Travis said. “We are just starting to get to a return-to-normal phase.”

In New York and other large cities, where auditions for “The Nutcracker” are fiercely competitive, children under 12 will likely be disappointed to miss another opportunity to perform in the show. Many spend years awaiting a chance to perform in it, and it’s a rite of passage for aspiring dancers. The spotlight will fall this year instead on teenage dancers, who are often overshadowed in the production by their younger, more squirrelly counterparts.

“There are parents who have an 8-year-old kid, a 9-year-old kid, a 10-year-old kid, who know that this is the window for their kid to be in ‘The Nutcracker,’” said Stafford of City Ballet. “It’s going to be tough and they’re going to have to work through that with their kids, who will also be disappointed that they won’t get a chance at it this year.”

Despite the extra vigilance, many dancers said they were excited to have the chance to return to the stage.

MARILYN MANSON Pleads Not Guilty To Charges Of Assault In New Hampshire – BLABBERMOUTH.NET