Hedge Fund’s Insiders Agree to Pay as Much as $7 Billion to I.R.S. – The New York Times 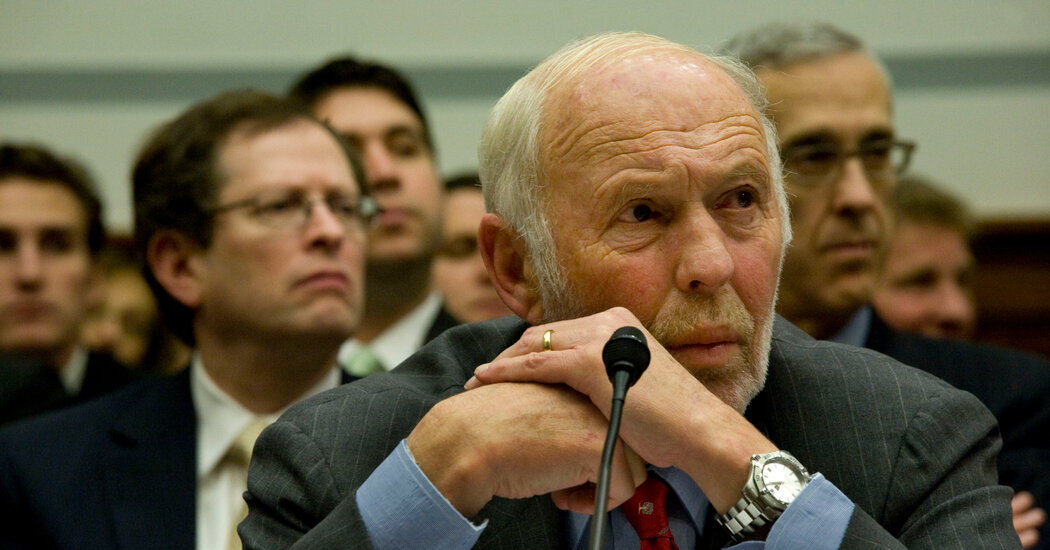 The hedge fund pioneer James Simons and some of his former executives at Renaissance Technologies will pay billions of dollars to settle one of the largest federal tax disputes in history.

In a letter to investors in one of the firm’s most successful funds, Renaissance said it had reached a settlement in a long-running dispute with the Internal Revenue Service to resolve its tax treatment for a decade’s worth of trading transactions.

The settlement could be worth as much as $7 billion, according to a person with knowledge of the agreement.

The settlement is a blow to Mr. Simons, one of the hedge fund industry’s most successful investors and a prominent Democratic donor, and Robert Mercer, a former top executive at Renaissance and a onetime major campaign donor to former President Donald J. Trump. Mr. Mercer, a supporter of conservative political causes, was a major investor in Cambridge Analytica, a now-defunct political consulting firm that improperly harvested Facebook data to assist Mr. Trump’s 2016 presidential campaign.

The billions in payments to the I.R.S. will be made by current and former investors in the Renaissance funds that were the focus of the dispute. They include seven people who were members of the firm’s board between 2005 and 2015, the time period at issue, as well as their spouses. Mr. Simons will make a payment of $670 million on top of his obligation as part of that group, according to the letter.

The firm in disclosing the settlement did not divulge the total value of the payments. But in 2014, a U.S. Senate investigative committee had estimated that the amount of unpaid taxes in the dispute could reach as much as $7 billion.

This is a developing story. Check back for updates.

EU proposes mandatory USB-C on all devices, including iPhones – The Verge