All that emptiness in outer space leaves lots of room for gorgeous galactic fireworks shows.

What you’re seeing here, according to NASA, is a “relatively rare celestial phenomenon” called a Herbig-Haro object. It’s created when ionized gas expelled by a young star collides with the clouds of dust and gas that surround these new (relatively speaking) stellar formations.

This Herbig-Haro object, named HH111, comes to us compliments of the Hubble Space Telescope and its Wide Field Camera 3 (WFC3). 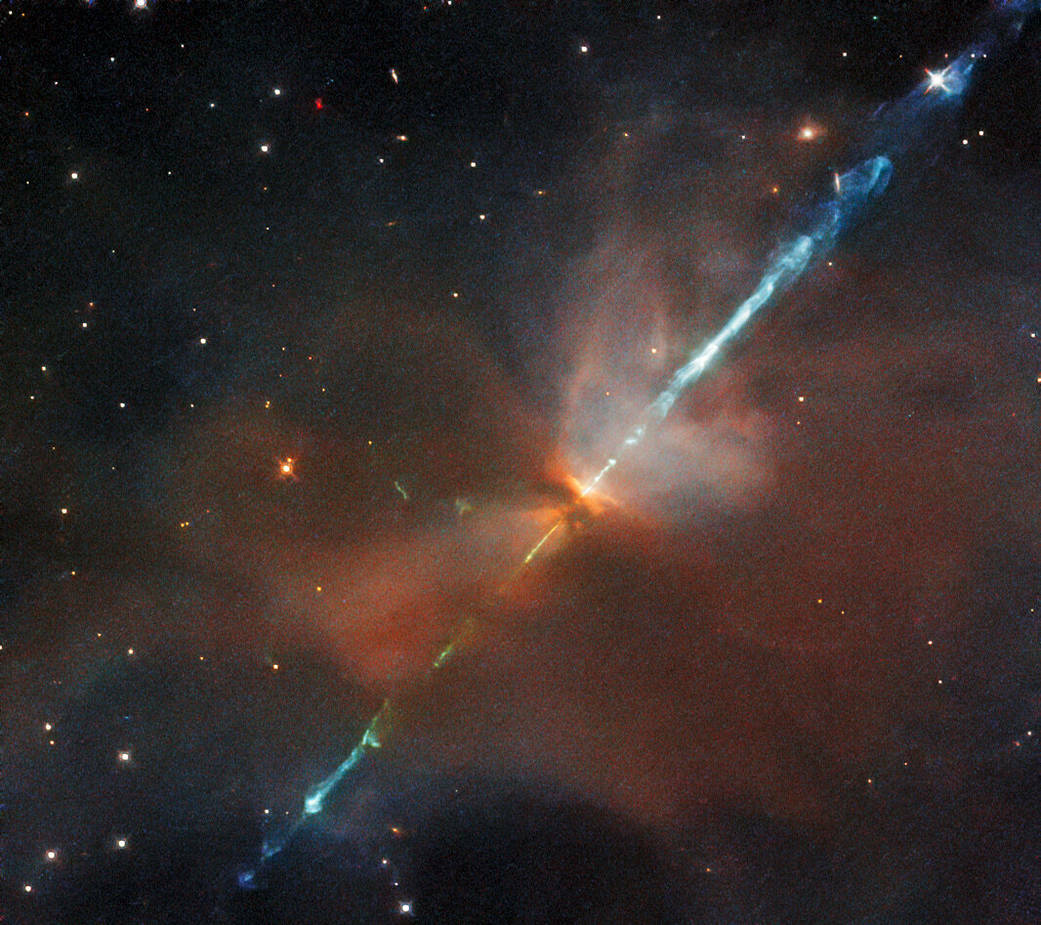 This beautiful, blue-tinged streak of light is the product of superheated gas colliding with cosmic debris as it’s expelled from a young star.
Credit: ESA/Hubble & NASA, B. Nisini

The expelled gas is ionized by a young star when the intense heat in these regions of space causes the atoms and molecules making up the gas to lose their electrons. That charged gas speeds away from its source, and it collides with the physical matter surrounding the young star as it goes. These collisions create the streaking bursts of light you see in HH111, and they’re the building blocks of Herbig-Haro objects in general.

This view of HH111 was made possible by Hubble’s WFC3 because of how it captures light. As NASA explains, while Herbig-Haro objects are visible inside the optical range that human eyes can detect, all that dust and gas around the star makes that light difficult to see. But the WFC3 picks up light along the ultraviolet and infrared spectrums as well, and the latter in particular is useful for cutting through the stellar debris.

The result is this beautiful, blue-tinged streak of light cutting across space. A Hubble report from more than two decades ago describes how a cosmic tug-of-war between three stars led to the creation of this Herbig-Haro object.

The controversial science behind woolly mammoth de-extinction – The Verge