How to Cook Brisket Like a ‘Jewish Grandma Fashion Designer’ 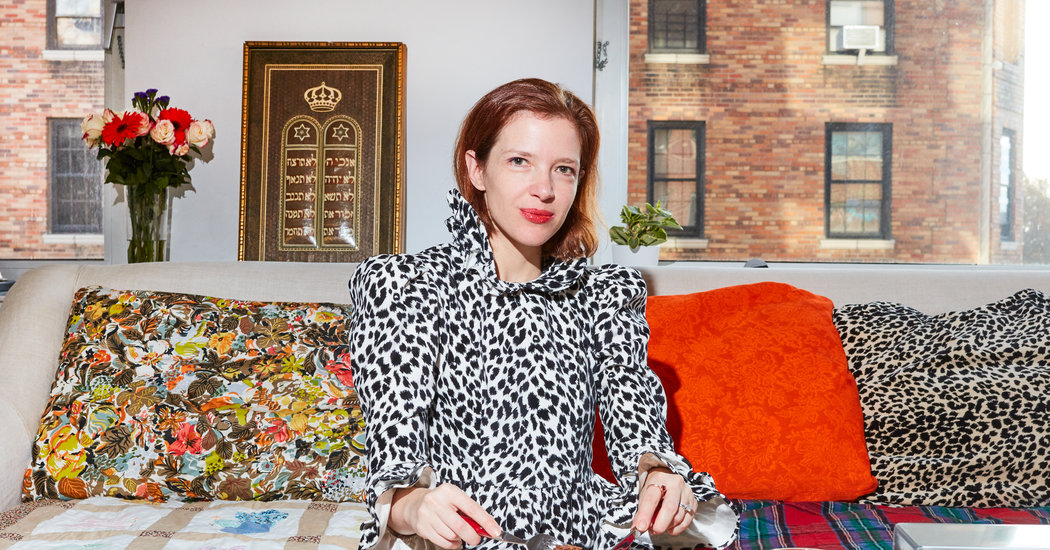 In One Good Meal, we ask cooking-inclined creative people to share the story behind a favorite dish they actually make and eat at home on a regular basis — and not just when they’re trying to impress.

The fashion designer Batsheva Hay used to be a horrendous cook. A vegetarian since high school, she could barely scramble eggs; when Shabbat dinner rolled around on Friday nights, the best she could muster was a cookie sheet of roasted produce: “It was like, ‘Shabbat Shalom, here’s some sweet potato,’” she says. But in her early 30s, everything changed. She quit her grueling job as a New York litigator, where her nightly ritual was ordering delivery to the office. She also started a family and began to have pregnancy cravings: When Hay, now 38, would visit her husband’s grandmother, she couldn’t resist one particular stovetop brisket. “It seemed too simple to mess up,” Hay remembers. “So I tried it, too.” And then brisket became (and remains) basically the only meat she eats.

A few years ago, Hay began her second act as the founder of an eponymous clothing label, a cheeky collection of printed early American-inspired dresses with high necklines and voluminous sleeves, originally made from her Upper West Side apartment. “As I got employees,” Hay says, “they were like, ‘Wow, it smells like brisket in your house all the time.’ I became this weird Jewish grandma fashion designer.” (These days, the Batsheva line is based in the garment district and sold in about 60 international retailers.)

In mid-December, Batsheva will unveil a capsule collection of winter-white dresses via the luxury online retailer Matchesfashion.com. Hay still designs and models her own collections, and on Friday afternoons she still makes brisket for her husband (the photographer Alexei Hay) and their two children. Their 4-year-old son, Solomon, is already a fan, despite the fact that the meat isn’t flavored with ketchup or Manischewitz or any other sweet sauce that’s common in other Jewish families. “It doesn’t taste like the syrupy briskets that I’ve had at other people’s houses,” Hay says. “Not to insult anyone.”

1. Loosely dice the onions and set them aside in a big bowl.

2. Pat the brisket dry and pour a very generous amount of salt, pepper and paprika on the less fatty side. Pour oil into a high-sided pan with a lid to coat the bottom. Turn the stove to medium-high and place the fattier side down in the pan for 7 minutes. When the meat is browned, flip it so the spiced side is down and generously sprinkle more salt, pepper and paprika onto the fatty side. Let cook uncovered for 4 more minutes.

3. Pour in the entire bowl of onions; they should cover the meat and reach up to the top of the pan. Cover with lid and turn down to a simmer.

What Is Dopamine Fasting & Is It Worth Trying?

For a Better Cocktail, Reach for a Different Shaker

It’s Called ‘Plant-Based,’ Look It Up