It’s Called ‘Plant-Based,’ Look It Up 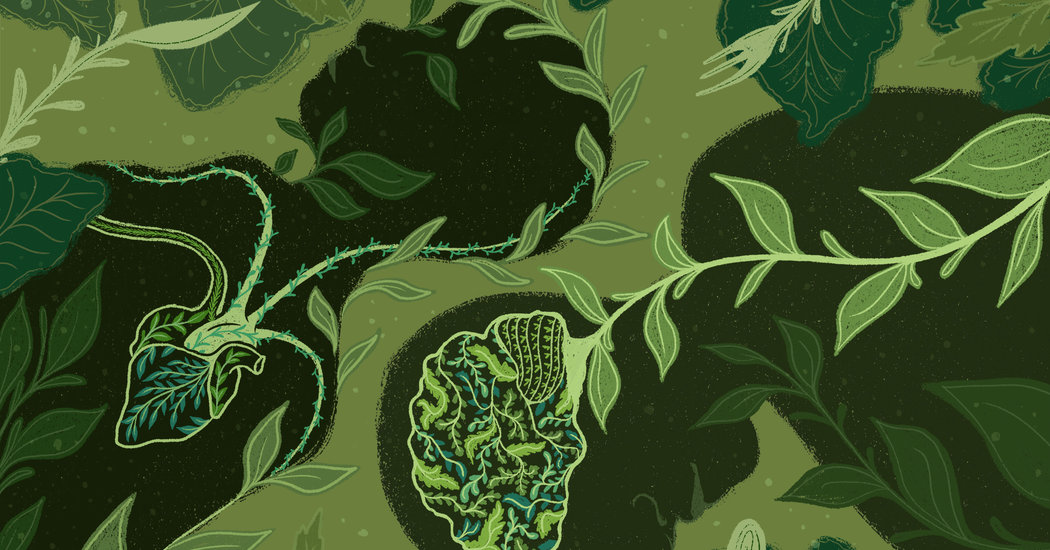 The terms “vegan” and “plant-based” are often used interchangeably, but there’s a growing effort to define just what it means to follow a plant-based lifestyle.

According to Brian Wendel, the founder of the “plant-based living” website Forks Over Knives, going plant-based is “for people who are very enthusiastic about the health angle” of eating mainly whole plant foods.

Reynolde Jordan, who runs a food blog called Plant-Based Vibe in Memphis, said it’s also a way to distance oneself from the rigid ideology of veganism, which calls for abstaining from animal products of all kinds.

“When you classify yourself as vegan, you’re now being watched,” said Mr. Jordan, who posts vegan recipes for dishes such as Cajun seaweed gumbo and raw beet balls along with photos of the vegetarian meals he orders on trips. “In my DMs, I’d get all these messages from activists for protests. I’m just not that guy — I did this for the purpose of eating better.”

Mr. Jordan is one of a growing number of health-conscious consumers embracing a plant-based lifestyle. Unlike many vegans who adhere to a philosophy of animal rights, those going plant-based tend to be inspired by research showing the health benefits of a diet made up of largely fruits, vegetables, beans, legumes, grains and nuts. Free from specific ethical constraints, plant-based eaters often have no qualms buying or wearing items made with or tested on animals.

Awareness of the term is growing. And though just 6 percent of Americans eat vegetarian, according to Nielsen, almost 40 percent now make an effort to eat more plant-based foods.

In 2015, Beyoncé wrote in an email to The New York Times: “First it’s important that you know I am not a vegan.” However she and Jay-Z co-own a food company with Marco Borges, their personal trainer, called 22 Days Nutrition, which promotes what is essentially a vegan diet.

But as Mr. Borges later explained to The Times, Beyoncé eats a “plant-based breakfast daily” and consumes no meat on Mondays. Jay-Z, meanwhile, eats “2 plant-based meals a day,” he wrote in an email.

The number of food and drink products made in the United States that use “plant-based” in their labeling spiked 287 percent between 2012 and 2018, according to the consumer research firm Mintel.

Plant-based items such as jerky, ice cream and protein bars are becoming increasingly common on supermarket shelves. Fast-food chains including Dunkin’ Donuts and Burger King have even started offering plant-based menu options such as the Impossible Whopper.

Some restaurants, such as Café Gratitude, a small chain in Southern California, have even rebranded themselves as entirely plant-based after originally characterizing their menus as vegan. In 2016, after a website dug up a year-old blog post by the restaurant’s owners revealing they had begun raising and slaughtering animals on their family farm, many vegans boycotted and picketed the chain while its founders reportedly received death threats.

In the wake of the controversy, the restaurant made a “conscious choice” to rebrand as entirely plant-based, according to its head chef, Dreux Ellis.

But with the abundance of plant-based choices now available, customers are increasingly looking for options they know reflect vegan values, Mr. Ellis said. In response, Café Gratitude employees have again begun describing the restaurant as vegan, and there have been discussions about restoring the term in its branding.

“We feel like there’s nothing to be lost by trying to regain that confidence in the vegan community,” Mr. Ellis said. “It’s us reclaiming what is rightfully ours.”

The implications of a plant-based diet

Thomas Colin Campbell, the Cornell University biochemist who claims responsibility for coining the term plant-based, said he came up with the phrase to help present his research on diet to skeptical colleagues at the National Institutes of Health in 1980.

“I wanted to emphasize that my work and ideas were coming totally from science and not any sort of ethical or philosophical consideration,” he said.

Mr. Campbell now advocates a “whole food plant-based diet,” which he termed to draw a distinction between more nutritious whole plants and processed food products such as veggie burgers. He said he’s noticed the term catch on since the release of the 2016 edition of his book “The China Study,” which summarized his findings from a survey of 6,500 Chinese people on their eating and other lifestyle habits. The study’s results suggested that following a plant-based diet may help reduce the risk of certain cancers and diseases.

But not everyone thinks eating only plants is always healthy. “Anytime you’re restricting a whole food group or number of food groups, it’s a red flag for a possible disordered eating mentality,” said Vandana Sheth, a registered dietitian and spokeswoman for the Academy of Nutrition and Dietetics. “That’s not always the case, but it’s important to figure out how to get all the nutrients you need to prevent chronic conditions within your diet choice.”

According to Joseph Pace, a producer and writer on the film, the vegan and vegetarian movements carry connotations of New Agey-types or PETA activists, which don’t always resonate with male viewers.

Mr. Campbell sees the plant-based concept as a way to educate people on the environmental consequences of eating meat. A recent report from the World Resources Institute pointed to raising livestock as a significant source of carbon emissions and recommended reducing meat consumption as a way to combat climate change and stem deforestation.

“The environmental issue is a big one, and this plant-based phraseology works well when you think about it in a broader context,” he said.

The trouble with labels

Yovana Mendoza Ayres, the vlogger formerly known as Rawvana, was a star of the expansive world of vegan YouTube — until she was caught eating fish in another YouTuber’s video earlier this year.

The backlash was swift. “Fishgate,” as the ensuing controversy was dubbed, triggered a deluge of outraged comments and videos chastising the 30-year-old influencer for misleading her followers.

Some disgruntled fans flooded her social media pages with taunting fish emojis and GIFs. Others made death threats, which Ms. Ayers said she continues to receive.

“Just like how the vegan community welcomed me, when this came out, I became their enemy,” she said.

In an apology video titled “THIS IS WHAT IS HAPPENING,” Ms. Ayers said she began eating meat after experiencing a variety of health problems including a gastrointestinal disorder and the loss of her period, which occurred after completing a 25-day water cleanse during which she consumed nothing but water. In an interview, she added that she had planned to tell her followers about giving up her raw vegan diet but “didn’t want other people’s opinions to affect my transition.”

In the months since her public apology, a half-dozen popular influencers have roiled the vegan internet by renouncing veganism after claiming to have experienced health complications caused by their diet. Ms. Ayers, who now goes by her first name online, said that as she and other vloggers have left veganism behind, she’s noticed more discussion about what it means to be vegan as opposed to eating a plant-based diet.

“A lot of us used the word ‘vegan’ because that was a way of communicating that we ate only plants,” she said. “Maybe after seeing us, people are learning not to put labels on themselves or on their diet,” she added.

What Is Fasted Cardio (Is It a Total Waste of Time?)