Rice at Its Finest 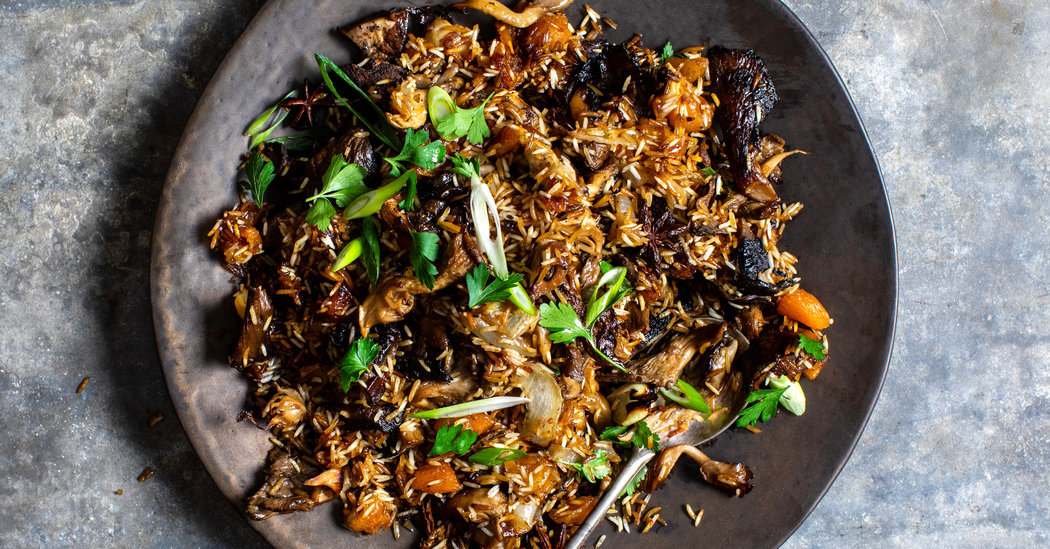 LONDON — A recent trip to Indonesia, where I was surrounded by rice paddies and had rice for every single meal, has made me think about rice. This isn’t as obvious as it may sound.

When you visit a culture in which rice is the staple, you can, paradoxically, become oblivious to it. It simply shows up at the table, a vehicle for “greater,” more celebrated dishes, merely there to absorb a sauce, carry a stew, or complement meat or vegetables.

But that is not the whole story. It’s not even half the story. Every cuisine with rice at its core also has a host of dishes that idolize it.

Nasi lemak, a meal I would run great distance for, is a good example: Considered the national dish of Malaysia, it is a dome of fragrant rice made with coconut milk and pandan, surrounded by sambal (hot sauce), fresh cucumber, roasted peanuts, little fried anchovies and boiled egg. For me, this is the summit of refinement and restraint. Placed slap-bang in the center of the plate, with no sauce or salsa to hide under, this dome is a celebration of the mastery of cooking rice, of the separateness of every grain.

In Indonesian variations, the rice was often shaped in a cone instead of a dome and robed at the tip with banana leaf, a crown signaling who’s at the top of this delicious bunch. In the most lavish version, a ceremonial dish called tumpeng from the island of Java, a cone-shaped rice mound of great proportion is placed at the center of a platter lined with banana leaf, a vast number of colorful side dishes surrounding it. (Look up pictures; it’s very impressive.)

That is clearly one way to celebrate rice. But more often, in other parts of the world, the way the rice is feted is by cooking it with its condiments, rather than serving it alongside them. The ceremony here is in the slow and careful layering and grouping of ingredients, and the art is in making sure everything is cooked just as it should be — that nothing goes soggy, or mushy, or dry.

Maqluba, a popular Arabic dish and one that, just like nasi lemak, I cannot imagine my life without, is the best example I can think of. The dish itself is a labor of love and layering, each component — vegetables, meat, rice — carefully put together piece by piece in a pot. The cooking is low, slow and angst-inducing, before finally, with a silent prayer to the maqluba gods (that it will all hold together, that it’s cooked to perfection), you invert the pan onto a plate and a perfectly formed layer cake reveals itself in all its glory.

Though such high drama helps draw attention to rice and make a big vertical show of it, there are less theatrical but equally delicious dishes that do a similar thing. This is the point behind my mushroom and apricot pilaf, and behind a whole host of dishes from across the globe bearing similar names, such as pilav, pilau, plov and palaw. In all of them, rice is cooked in stock and alongside all sorts of ingredients — meat, vegetables, spices, nuts or dried fruit.

If it’s done skillfully, where everything cooks just right, you get a real sense of occasion. Humble rice, elevated and celebrated, turns into the brilliant star of the show — or the holiday table.

A Brilliant Thanksgiving Strategy: Make Sides Quickly, or Ahead

11 of Our Best Weekend Reads

Gary Regan, Maestro of Mixology and Cocktail Culture, Dies at 68