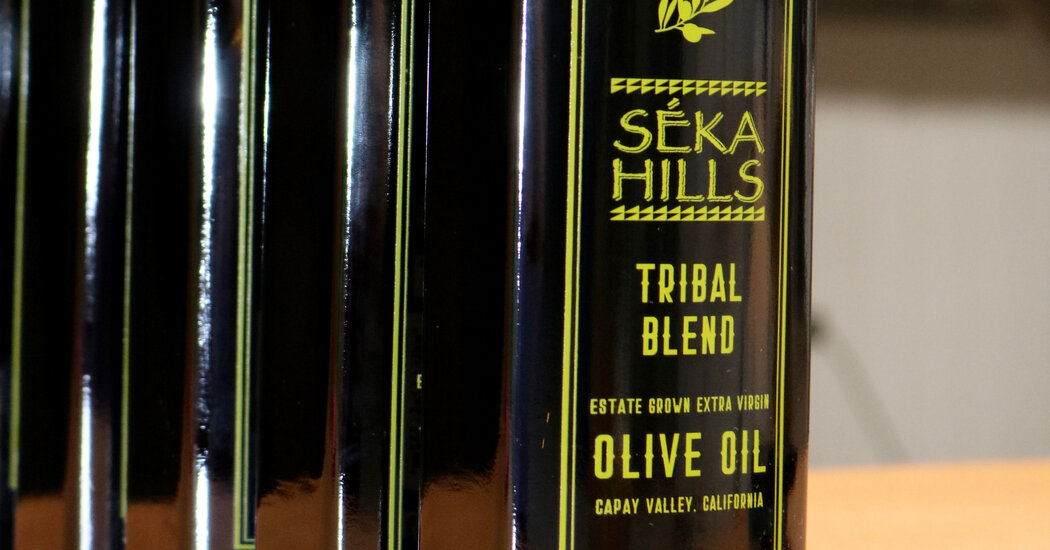 Back in 2011, the Yocha Dehe Wintun Nation in Northern California began bottling oil from arbequina olives its members were cultivating on their land. Now they have built a mill, opened two tasting rooms and expanded the acreage of olive trees from 82 to more than 500. They’ve added more single varietal bottlings of frantoio, picual and taggiasca, and earned extra-virgin status for their oils, which are used by a number of restaurants, mostly in California. Their new Tribal Blend is made from a selection of oils, from five estates in the Capay Valley, chosen by tribal citizens and the Séka Hills team. The blend is a bright chartreuse, mellow and rich with a piquant finish. The tribe grows other crops, including grapes for their wines, and say it is doing well despite the virus; the tribe’s casino resort, which follows safety protocols and social-distancing rules, just reopened, too.

An Elegant Bowl Handmade in Maine

Spirits Distilled on the Farm

Spirits Distilled on the Farm