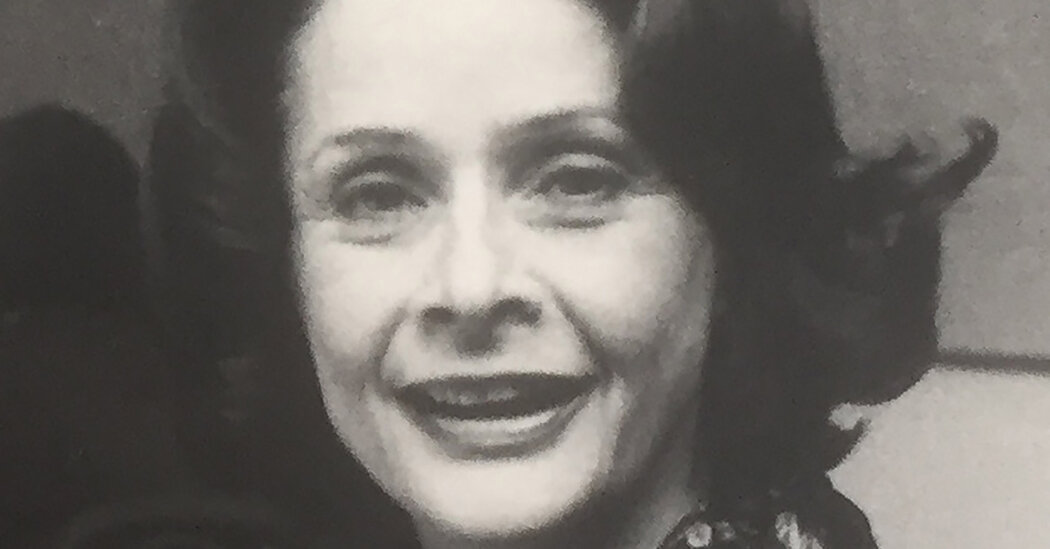 Barbara Costikyan loved traipsing around New York City for fresh foods, often taking her children along in search of homemade feta from Astoria, Spanish sausage from East Harlem or fresh herring from the Lower East Side. When she divorced her first husband and needed an independent source of income, she turned her love of food into a job.

Beginning in 1980, she wrote the Underground Gourmet column in New York magazine. The column, created by Milton Glaser and Jerome Snyder, sought to democratize quality food by not covering restaurants where the price of an entree exceeded a particular price; when Ms. Costikyan took over the column, that price was $6.95 (about $22 in today’s dollars).

“That isn’t dirt-cheap,” the magazine wrote in introducing Ms. Costikyan to readers, “but we want to give you places where the ambience is good, where you can linger with a friend and make an evening of dinner.”

She was loath to give a bad review and often reached out to restaurant owners to offer advice. Sometimes, as was case with the Manhattan Mexican restaurant Caramba!, she would come back and give those places another try.

She described her approach as fueled by empathy: “I can’t think about food without thinking about the people who do it. It is, after all, a very human enterprise. People prepare it with love for other people to eat.”

Barbara Virginia Fatt was born on Dec. 25, 1928, in Manhattan to Arthur Fatt, the son of Eastern European immigrants and one of the founders of Grey Advertising, and Virginia Finder Fatt, a homemaker. Her parents hosted parties for guests like Henry Ford and David Sarnoff, and they taught her that the key to a successful gathering was good food and great wine.

She gained a reputation for her own dinner parties after marrying her first husband, Andrew Heine, a lawyer, serving guests like Steve Allen when he was the host of the “Tonight” show and, later, members of the psychedelic rock band Jefferson Airplane. When she hosted comedians, her friends cautioned her not to make too many jokes, because she tended to upstage them with her wit.

During her second marriage, to Ed Costikyan, an adviser to New York politicians, she hosted fund-raisers for candidates, including Edward I. Koch before he became mayor of New York.

But Ms. Costikyan wanted her knowledge of food and hospitality to go beyond her home; she wanted to write. She worked her way up from the mailroom at Curtis Publishing to be an editor at Esquire, writing and editing lifestyle articles on topics like scuba diving and rodeos.

As a food columnist for New York, she spotlighted beloved New York establishments like Barney Greengrass and Sarabeth’s. She also wrote guides on how to cook and entertain, and how to troubleshoot problems like a stove that breaks on the day of a party. When this happened to her, she heated a ham through multiple cycles in the dishwasher. (“That ham was really good,” her son, Jonathan Heine, said in a phone interview. “Way more moist.”) In 1982 she wrote “Be Kind to Your Dog at Christmas,” a children’s book about holiday traditions.

Ms. Costikyan died on June 18 in Edgewater, N.J., of complications of Covid-19. She was 91. In addition to her son, she is survived by her sister, Marjorie Chester; her daughters, Nancy and Priscilla Heine; four grandchildren; and four great-grandchildren.

A friend once told Ms. Costikyan that a great business person made people feel so comfortable that they might think they were talking to themselves. This was a lesson she took to heart.

“She was good at making people feel comforted even when learning about something new,” Mr. Heine said. “She made people feel at home.”

This One Is for the Focaccia Lovers

The Simple Joys of Tamarind

The Simple Joys of Tamarind