Giving Recipe Creators Their Due 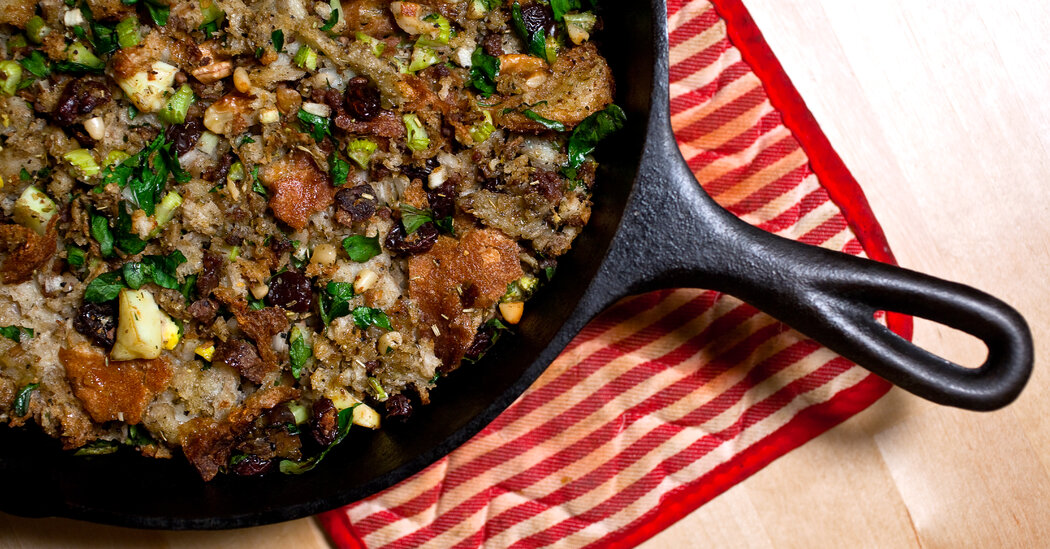 Monroe was one of thousands of recipe creators who recently received authorship credit for dishes that have been adapted for home cooks by Times reporters and contributors.

Before that change, the adapter got the sole byline at the top of the recipe page on NYT Cooking, although writers identified the creators in recipe introductions. Now, recipe creators receive the first byline, “Recipe from,” and reporters are credited in a second byline, “Adapted by.”

“This is something we have wanted and talked about for a long time,” said Emily Weinstein, a deputy Food editor. But in June, when a national uproar over police brutality and systemic racism precipitated an examination of fairness and equity in food media, the idea gained new urgency, she explained, adding that people seemed to think, “Let’s clear everything else off our calendar and let’s finally address this issue.” Inés Peschiera, the product director for NYT Cooking, prioritized the work so the team could focus on getting the changes right.

Monroe received a byline for her stuffing dish, adapted in 2010 by Matt Lee and Ted Lee. Toni-Tipton Martin, the cookbook author and editor in chief of Cook’s Country, was credited for her recipe for pork chops in lemon-caper sauce alongside Sam Sifton, an assistant managing editor and the head of NYT Cooking, who adapted the entree last year.

But what may seem to be a simple change took months to complete and a collaboration among editors, product managers and engineers. Owen Dodd, a senior product designer, said the most challenging part of the project was the amount of data.

“There were about 4,000 recipes that had some form of attribution,” he said.

Beginning in June, the engineering team exported those recipes from the Cooking website’s database into a spreadsheet, said Scott Reynolds, an engineering manager. The team used algorithms to look for patterns in the data that would identify a recipe as having been adapted, and used coding to sift through the text of the recipe and pull out the names of the recipe’s source and the person who adapted it.

Mr. Reynolds said the engineers were then able to digitally grab that new data for the recipes and transfer it back into the database connected to the Cooking website.

Once the updates were loaded into the Cooking system, Andrew Hwang, a quality assurance engineer, verified that the new byline feature was working properly.

“I make sure each source is displayed correctly and authors are captured correctly,” he said. “Sometimes there’s more than one source of the recipe.”

As a final step, about seven staff members double-checked the data in the spreadsheet to confirm that the changes to the bylines were accurate, said Emily Fleischaker, enterprise strategy editor at NYT Cooking.

The effort was a reflection of the journalistic rigor that goes into developing and writing recipes for NYT Cooking, whether they’re adapted from another source or not.

“A reporter who’s working on a story for the Food section might be speaking with several sources to write about a particular theme in a story, in that they are seeking to understand the historical origins of a dish, or the sort of ways it has evolved in the hands of different cooks over the years,” Ms. Weinstein said.

About 20 percent of the some 20,000 recipes that appear on NYT Cooking are adapted from another source, she said. In addition to researching the historical context of a dish, reporters and contributors are also adapting instructions for home cooks.

This change comes amid a broader conversation about racism in food media and by food organizations. Bon Appétit’s top editor stepped down in June after a culturally insensitive photo of him resurfaced online, and the director of the Southern Foodways Alliance is facing calls to resign over his record on diversity.

“There are historic journalistic practices that need to be revisited or revised,” said Darun Kwak, a product manager for NYT Cooking.

Mr. Sifton, the head of Cooking, said it’s a matter of transparency: Even if a reporter has done a lot of work to make someone else’s recipe accessible for home cooks, it isn’t fair to run that recipe solely under the reporter’s byline.

“We’ve been talking a lot at a high level about issues of diversity, equity and inclusion on NYT Cooking, and indeed at The Times,” Mr. Sifton said. “The question of recipe ownership, I think, is one that fits directly into conversations that we’ve been having about equity.”