How Cooking Dinner Can Change Your Life 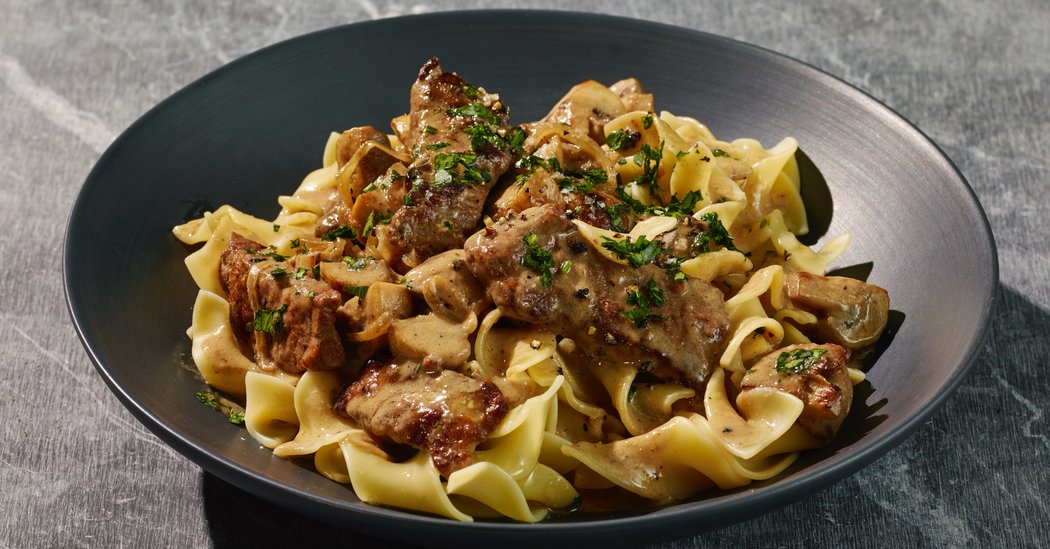 For a number of years, I cooked dinners to serve a small church congregation after a short Sunday service of evening prayers. This was in Greenpoint, Brooklyn, my home borough, on a street that runs wide under towering plane trees, with a view of the East River to the west. We ate in the moldering parish hall behind the church, off long folding tables we set with plates and cutlery, napkins, candles, sometimes flowers, always bottles of water filled from the sink in the kitchen.

The crowd varied in size. There could be a dozen people, or three times that: strangers, neighbors, people who sat quietly on the fence between the two. Families arrived and departed on tides pulled by their children’s activities, homework, interest. The homeless came on currents of need. Here suddenly would be someone new to the city, there a woman who’d lived on the block her whole life. You might see a person you hadn’t seen in six months, or serve an old friend, or sit next to a couple eating silently, impervious to smiles and offers of seconds. There was no religious component to the meal, no spiritualism beyond the fellowship of it. (Or there was. You brought to it what you wanted.) The parish hall on Sunday nights was most like a bar, an actual public house, a place to go, a habit.

My children enjoyed these dinners, though I know they were loath to admit it. They disliked all that preceded them, as children often do. “Church ought just to be dinner,” my oldest said once, at dinner. I smiled in response, and if I had been a better parent, I might have said that this is already the case, at least in a church built around the sacrament of the Eucharist: the consecration and consumption of bread and wine. But the kids were off to clear the tables by then and asking for ice cream.

I don’t cook at that church any longer. But the idea of meal as ritual has stuck with me. And so I still cook Sunday dinners, albeit on whatever night of the week I can manage, serving family and friends at a regular cadence. I believe it makes life better for all involved.

Social scientists have a term of art to capture a person’s overall happiness and sense of well-being. They call it “life satisfaction” and find it strongly correlates with time spent with those who care about you and about whom you care. A regular dinner with family and friends is a marvelous way to create that time. Which is not to say that life satisfaction will arise from your very first meal, or even your fifth. I think it accrues only over months and years, as you cook food and share it. Regularity matters. Standing dinner dates, at their best, are simply special occasions that are not at all extraordinary. They become that way over time.

Where to start: big pots. There is no easier way to feed a group of people. Just make a big, steaming pot of sauce or stew or chowder, something rich and slightly mysterious, and serve it alongside noodles, rice or potatoes, with vegetables, bread and butter. Beef stroganoff is an excellent example of the form. Forget what you think you remember about this putatively Russian dish, which probably had its heyday in American kitchens during the 1950s and its nadir in school cafeterias two decades later. Beef stroganoff makes for an excellent dinner for your regular crowd: a vat of tender, sautéed meat in a silken gravy studded with caramelized mushrooms, alongside a huge tangle of buttered noodles. You’ll need to be careful only when adding the cream at the end — especially if you use sour cream, since it so easily curdles in the heat. Crème fraîche or heavy cream will offer smoother results.

Try that once and then some chili the next week and a lasagna the next, until the act of cooking these meals becomes a kind of habit. Each dish takes its place in the history of your shared meals, some to be repeated, some never again. Each is another stone in the foundation of a tradition: “See you on Sunday?”

Yes. See you then. Bring wine or cake, a friend or some flowers, or nothing at all save yourself.