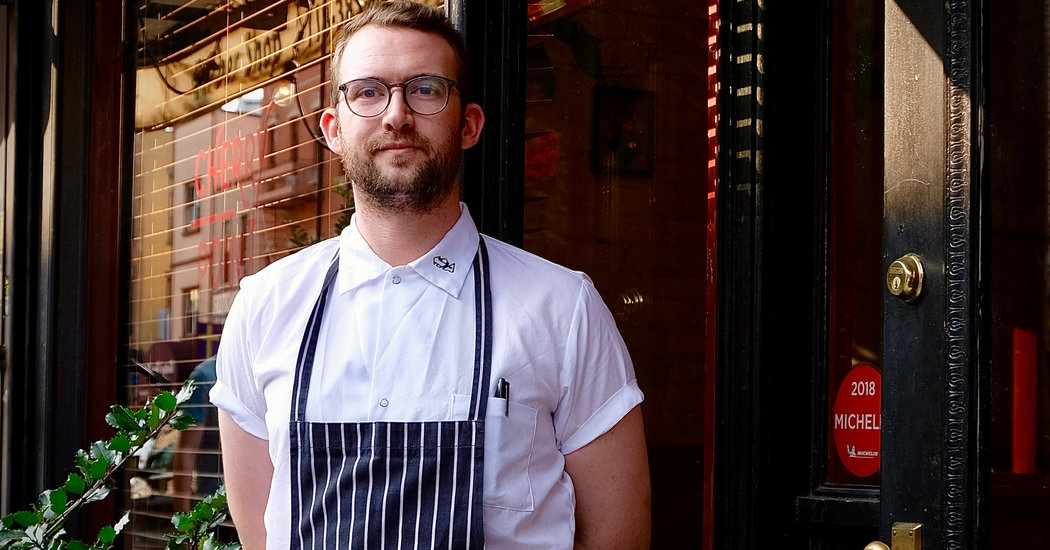 With a seductive speakeasy vibe and a name nodding to Thelonious Monk, this plush lounge is a new addition to the Harlem nightlife scene. It’s a partnership between Ektoras Binikos, an artist and mixologist who makes beautifully inventive drinks and was most recently at Gabriel Kreuther, and Simon Jutras, a photographer and interior designer.

This restaurant named for a city on the Red Sea features the foods of Ethiopia and Eritrea. It’s reopening after renovations, and is among the oldest African restaurants in the city. Stews made with beef, lamb, chicken and seafood, as well as some vegan ones, dominate the menu. (Opens Thursday)

This Japanese grill in the East Village will be serving a menu of yakisoba, ramen and fried rice at Gotham Market at the Ashland, a Brooklyn food hall.

Early next year, this restaurant inspired by Maialino, Union Square Hospitality Group’s Roman-style place in the Gramercy Park Hotel, will open in the Thompson Washington D.C. Hotel. It will be a Roman-style seafood restaurant, which the group will also run. The executive chef will be Rose Noel, who worked at Maialino and Manhatta, another restaurant from Danny Meyer’s company.

This two-story Italian restaurant from Michael White and his partners will end its run at the end of service on Friday. The building is being renovated.

Mr. Lovett, from Norwich, England, is now the executive chef at Cherry Point in Greenpoint, Brooklyn. It should be a good fit, since Cherry Point’s fare is modern British and gastro-pub. He has worked in several restaurants in England, and was a sous-chef at Finch and at Legacy Records in New York.

Mr. Proechel, who was praised for his work at Le Turtle, has left the kitchen at Ferris in the Made Hotel after less than two years to pursue other projects with his company, Pulpo Hospitality. Tyler Heckman, the chef de cuisine at Ferris, is now its executive chef. Charles J. Seich will continue to manage the restaurant as well as all food and beverages for the hotel.

Arba, the kosher (dairy) restaurant that takes over the Modern Bread & Bagel space on the Upper West Side in the evening, has named Mr. Zook, an Israeli celebrity chef, as its executive chef. He divides his time between New York and Israel, traveling every two weeks.

Back to Pastis for a Second Helping of Nostalgia

The Drink That’s a Party All on Its Own

The Drink That’s a Party All on Its Own