Shrimp and Chemicals: What You Need to Know 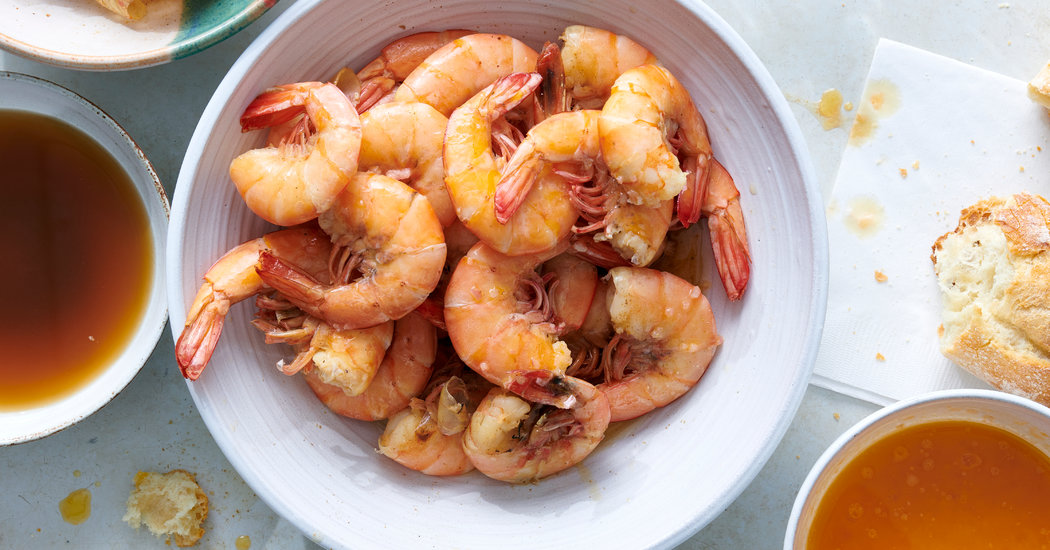 Whether farmed or wild caught, the cheaper the shrimp, the more likely it is to have been treated with chemicals, particularly sodium tripolyphosphate and sodium bisulfite.

Sodium bisulfite is used to keep shrimp shells from undergoing melanosis (also called black spot), which is a darkening of the head and shell after the shrimp are harvested and exposed to oxygen. This reaction is harmless — think of it as the marine equivalent to the browning of apple flesh after you cut it.

The chemical is part of the slushy brine mix used to store the shrimp on most fishing boats before they make it to shore for further processing. It may also be used on farmed shrimp when the processing facility is far from the farm.

Adding sodium bisulfite doesn’t actually keep the shrimp from deteriorating, though; it’s purely for aesthetics. American consumers want their shrimp to be perfectly pink, without any shadows.

But a little melanosis is not necessarily a bad thing. Steve Philips, seafood manager at Wegmans, said melanosis does not affect flavor — and in fact it can show that the shrimp are chemical-free (which is one of the criteria for all the shrimp sold at the supermarket chain).

Tripolyphosphate is the industry’s way of putting its finger on the scale. Often also used with scallops, the chemical causes seafood to absorb water, increasing its weight by anywhere from 7 percent to 10 percent.

Shrimp treated with tripolyphosphate cooks differently from untreated shrimp. With such a high moisture content, they steam rather than sear when you try to sauté them. They also have a bouncy, rubbery texture and stay oddly translucent even after cooking.

Jim Gossen, the president of the Gulf Seafood Foundation, compares adding tripolyphosphate to seafood to adding water to ham.

“You can buy deli ham that’s 40 percent water, and it’s flavorless,” he said. “Or you can buy prosciutto.”

Tripolyphosphate and sodium bisulfite are considered safe in low doses by the Food and Drug Administration. However, about 1 percent of the general population in the United States has a sensitivity to sulfites.

Tripolyphosphate is generally added to shrimp after it’s been peeled, so to avoid it, try to buy shell-on shrimp and peel it yourself. (Save the shells for shrimp stock.) This is not true of sodium bisulfite, though.

You could also read the fine print on the packaging: Chemicals are required to be listed on labels, which you can find on bags of shrimp pulled directly from the freezer case.

As for the piles of shrimp on ice you find at supermarkets and fishmongers, the only way to know for sure if they’re chemical-free is to ask — and hope the person behind the counter knows the answer.

This Fungus Mutates. That’s Good News if You Like Cheese.