Things to Do This Week 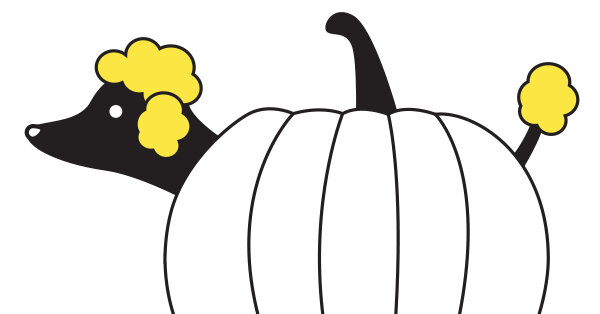 Here is a sampling of the week’s events and how to tune in (all times are Eastern). Note that events are subject to change after publication.

See the novelist Marlon James discuss his novel “Black Leopard, Red Wolf,” a work of science fiction, with Tananarive Due, a professor at the University of California, Los Angeles, and an expert in Black horror and Afrofuturism, as part of the Los Angeles Times Festival of Books — now in its 25th year. Mr. James is also the author of 2014’s “A Brief History of Seven Killings,” which won the Man Booker prize.

Ponder the relationship between fashion, politics and power with Robin Givhan, a Pulitzer Prize-winning journalist and critic at large for The Washington Post. The free conversation, part of the Fashion Culture Talk series at The Museum at the Fashion Institute of Technology, touches on election themes like wearing P.P.E. and Ruth Bader Ginsburg’s famous collars. Valerie Steele, the director and chief curator of The Museum at FIT, joins Ms. Givhan. Registration is recommended.

Gain a greater appreciation for New York City’s favorite bivalve, the Eastern oyster hosted by Hudson River Park’s River Project. Oysters are filter feeders and thus an important part of the ecosystem as they clean the water, making it more habitable for other species. The “Shell-ebrate Oysters” event delves into the history of mollusks on the city’s shores — before there were hot-dog stands and food carts, the city was filled with oyster stands — and how scientists monitor their growth in the park’s 400-acre Estuarine Sanctuary.

Catch the world premiere of a new work by the choreographer Pam Tanowitz during the New York City Ballet’s virtual Festival of New Choreography. Filmed at Lincoln Center, “Solo for Russell: Sites 1-5” stars the principal dancer Russell Janzen and is Ms. Tanowitz’s second commission for the City Ballet. The festival continues throughout the week and also features new works by the choreographer Jamar Roberts and the company’s resident choreographer, Justin Peck.

Get in the spooky spirit and tune into a Halloween pageant for very good boys: The Great PUPkin, the 22nd annual (and first virtual) dog costume contest from Fort Greene PUPS, a Brooklyn-based community for local dog owners. Following an audience vote Oct. 22 to 26, see who among the 10 best-dressed dog will come away with the top prize.

Jam to a concert by Sam Smith to celebrate the upcoming album, “Love Goes,” expected Oct. 30. About the new release, Smith told the Times, “I just wanted to make something that felt lighter to me.” Performing from Abbey Road Studios in London, Smith will treat fans to favorites like “Stay With Me” and “Lay Me Down,” and perform new works like, “Kids Again.” Tickets start at $13.

Pay homage to the supermoon this evening with an astrological discussion and sound bath by Dynasty Electrik, the musical and spiritual duo Jenny Deveau and Seth Misterka. They use vibrational sounds, chimes, ambient and nature recordings to lead a meditation. A $20 donation is recommended and registration is required.

For the first time in decades, “It’s the Great Pumpkin, Charlie Brown” will not be broadcast on TV. But fear not Peanuts fans! You can stream the 25-minute classic for free on Apple TV+.

When Until Nov. 1
Where apple.com/tv

Take your astronaut costume to the next level by creating your own bárány chair, which is commonly used in aerospace physiology training to teach pilots and astronauts about spatial disorientation. The Franklin Institute, in Philadelphia, explains how the device works. All you need is a chair that spins.

View the French artist Pierre Huyghe’s “mental image” artworks in the online show “Of Ideal” at Hauser & Wirth gallery. To produce these pieces, Mr. Huyghe used a neural network to construct images from M.R.I. scans of subjects who were instructed to think about situations from their past. The results are uncanny, metamorphosing renderings of human memory. The exhibition will remain online through the end of the year.

Ideas for Lifting Your Mood This Weekend