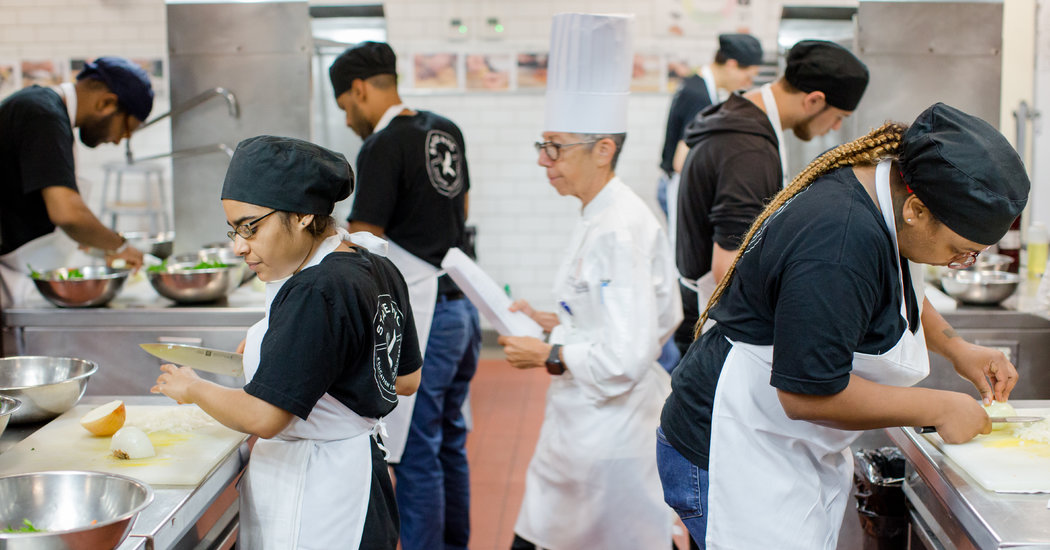 By the end of the year the International Culinary Center, formerly the French Culinary Institute, will close its doors in SoHo and will become part of the Institute of Culinary Education in the Brookfield Place complex in Battery Park City.

The two largest private professional cooking schools in New York City have planned to collaborate for some time; the pandemic caused them to join forces, and an agreement was signed today. For now, both schools are closed because of Covid-19 restrictions. The International Culinary Center, I.C.C., plans to reopen once the city enters Phase 4 of its reopening, and it will continue to operate until late this year so the students who are currently enrolled can complete their work. The Institute of Culinary Education, or I.C.E., has closed its New York location, except for some virtual management training classes; its Pasadena, Calif., facilities reopened June 30.

There are no current agreements with I.C.C.’s marquee instructors — Jacques Pépin, Jacques Torres, André Soltner and Alain Sailhac — but Rick Smilow, the president and the chief executive of I.C.E., hopes to have their involvement with I.C.E. programming. There will not be any specific I.C.C. courses added to the I.C.E. program, but Mr. Smilow said in a statement that he “expects to bring aspects of their expertise, unique offerings and heritage to ICE.”

The institute was started in 1975 by Peter Kump, and this is not the first time it has absorbed another cooking school. Last year it took over the holistic programming at Natural Gourmet Institute. The International Culinary Center was founded in 1984 by Dorothy Cann Hamilton as the French Culinary Institute, inspired by the French culinary school for professionals called Ferrandi and now the École Grégoire-Ferrandi. Eventually, with the addition of instruction in Italian cooking and other cuisines by experts like Cesare Casella, it was renamed the International Culinary Center. Bruce McCann, the chief executive, said he expects the school’s mission to continue: “We cannot imagine a better institution to entrust with our legacy.”

The Institute of Culinary Education does not plan to expand its physical space. Both schools offer diplomas for programs that range from six months to a year, priced from about $10,000 to $45,000, depending on the courses.