Add an article with images and embed videos.

A collection of images

Upload a video or embed video from Youtube or Vimeo.

Upload your audios and create your playlist.

My Dark Vanessa Explores and Explodes The Lolita Myth

One week after the hugely anticipated release of Kate Elizabeth Russell’s first novel, My Dark Vanessa, the book is a New York Times bestseller and the author is back at home in Wisconsin, more concerned with the state of publishing in general... 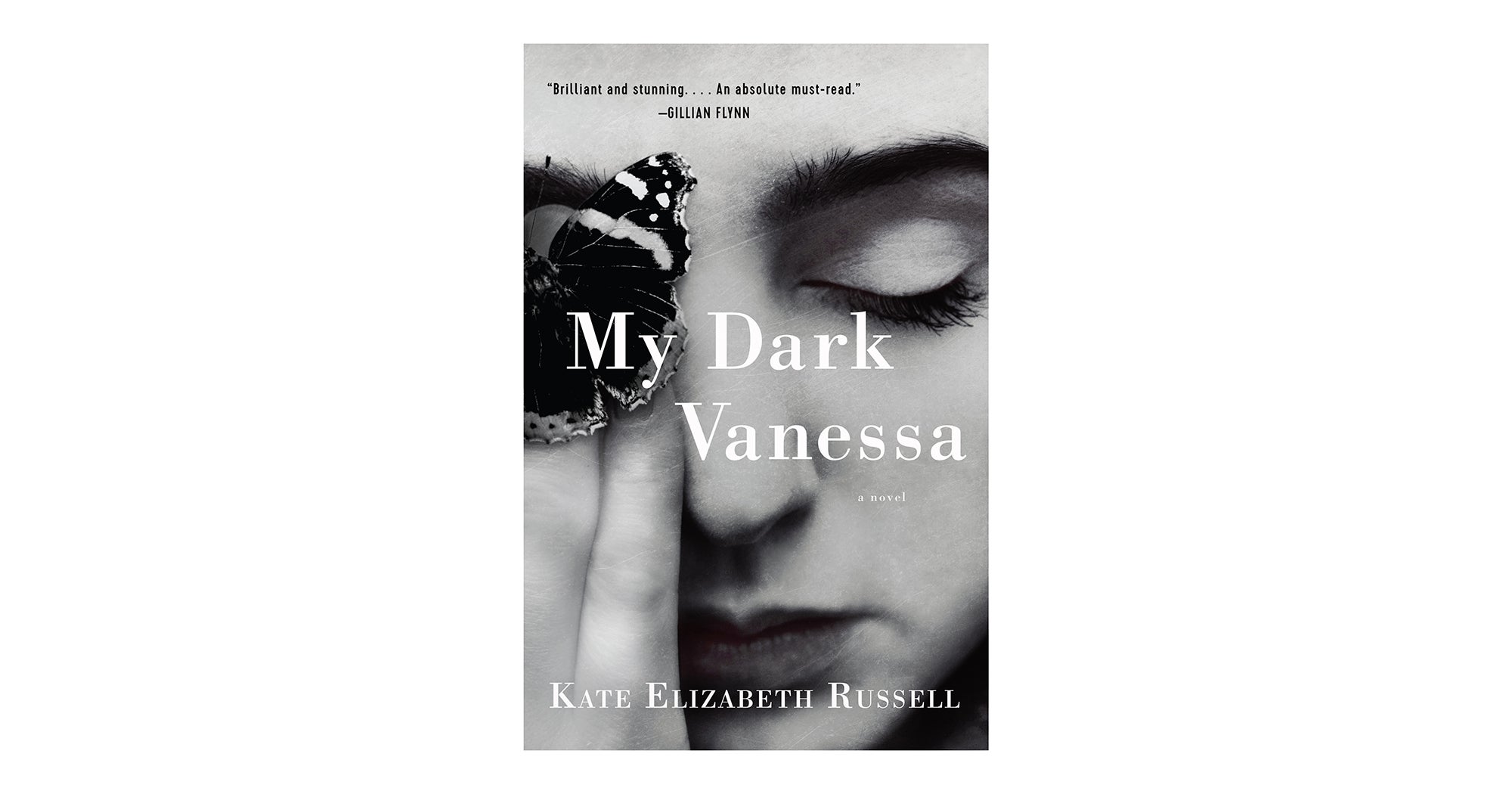 One week after the hugely anticipated release of Kate Elizabeth Russell’s first novel, My Dark Vanessa, the book is a New York Times bestseller and the author is back at home in Wisconsin, more concerned with the state of publishing in general than her own success.

“Releasing a book with the pandemic going on feels weird,” she told Refinery29. “At the same time, I think people are excited about reading. It’s bigger than my book – it’s about the whole industry. But I’m comfortable using social media — especially Instagram — to connect with my readers and encourage them to support local bookstores.” Those who know the origin story of My Dark Vanessa are aware that Russell was an early adopter of social media. “I started using LiveJournal in high school,” she says. “And then I used it for a loooooong time.”

High school plays a prominent role in My Dark Vanessa, though the narrative actually operates on two timelines, parsing memory and trauma to explore a sexual relationship between teenage Vanessa Wye and her 42-year-old English teacher, who, 17 years later, is accused of sexual abuse by a different student.

It’s a plot that seems timed precisely for the #MeToo era, but Russell traces the genesis of the book back to those early days on LiveJournal when she herself was still a teenager. She spent over a decade on My Dark Vanessa, eventually selling it for a seven-figure advance. The early reviews were glowing. Stephen King called it a “well-constructed package of dynamite.” Oprah made it a pick for her book club. Everything was going great — until, suddenly, it wasn’t.

In January, writer Wendy Ortiz tweeted “can’t wait until February when a white woman’s book of fiction that sounds very much like Excavation is lauded, stephen king’s stamp of approval is touted, etc,”. Although Ortiz, whose memoir, Excavation, mined similar territory of power dynamics and sexual trauma between a student and teacher, later said she was making a larger point about the lack of diversity in the publishing industry, her tweet was seen as an intimation that Russell had plagiarised her book.

Critics and supporters were quick to join the online fray, even though few of them had read Excavation and fewer had read My Dark Vanessa, which wouldn’t even be released for weeks to come. Even though the social media maelstrom would die down, it had lasting results: Oprah dropped My Dark Vanessa as a book club pick. The world of social media, where Russell had always been so comfortable, became a hostile place, particularly when some people began to make demands that Russell prove she herself had experienced sexual assault — a kind of twisted digital virginity test. While Russell rightly refused to respond to those demands, in a profile for New York Magazine, she did allude to the idea that My Dark Vanessa was based, at least in part, on some of her personal experiences. But she remains firm in her conviction that the book is a novel, not a memoir – and that it is not, in any way plagiarised.

When Refinery29 spoke to Russell, she was in good spirits and generous with her time. She speaks much the way she writes — her thoughts come out fully formed and organised, eloquent but somehow compact, like a seasoned radio host or professor (she was the latter for many years while writing). We spoke about the pitfalls and benefits of academia, what constitutes a “literary” novel, and the legacy of Nabokov’s Lolita not only on pop culture, but also on Russell’s writing.

More from our conversation below.

Refinery29: My Dark Vanessa started with blogging on LiveJournal. Can you tell us more about that and your experience as an MFA student?

Russell: I used LiveJournal longer than most people, definitely into the 2010s. It was a really special place for me where I made important connections that turned into real friendships. I could be really creative and write in a way that I couldn’t in workshops or classes. On LiveJournal it was like I had a group of friends who cared about Vanessa and my work and saw Vanessa evolve over the years. I got feedback from people who were really invested and that came from a purely genuine place.

Feedback is different in workshops because it’s given in a different context in academia. Most follow the “Iowa model”: You sit in a circle, the author is silent, and takes notes. That model can be helpful, but it can also encourage certain dynamics. Feedback can become performative. The  discussion can veer into places where the writer doesn’t get much out of it. In mine, there were often conversations about things like: “Is Vanessa a slut? Who would do something like this?” That’s when the dynamic of the writer sitting silently becomes frustrating.

When I discovered trauma theory and learned more about complex PTSD and prolonged trauma, and the way those symptoms manifest as young adults, I understood I had a theoretical framework to tell Vanessa’s story. Trauma theory seemed to make the work more academically relevant so I went on to get my PhD from the University of Kansas. My Spring 2018 dissertation was the manuscript that sold in the fall of 2018.

You’ve mentioned your early fascination with Lolita and how it’s influenced you. Have you read Sarah Weinman’s The Real Lolita? And how has your understanding of Lolita shifted over time?

I haven’t read the book but I read the long-form article it’s based on when I was in college. I was so excited that somebody was finally writing about Sally Horner and about her real life.

I first read Lolita at 14 and it became a seed. I fell in love with it in the way that aspiring writers do. It was the first “adult” novel I read and thought, Oh my god if I could write like this it’s all I would need to be happy. I identified with Dolores in an intense way. We were both from New England. We had similar personalities: brash and moody and lazy. It was also one of the first times I came across a story of a grown man being sexually fixated on a woman my age. And once I read Lolita I saw evidence of the novel’s impact everywhere: Britney Spears, when she first came out; Mena Suvari in American Beauty.

I remember watching the MTV Movie Awards and there was this girl duo, Tatu. They gave a performance that was, like, girls taking off school-girl skirts. And I remember there was a shot of Puff Daddy in the audience looking like, Yes, please, school girls! It was so deranged, but at the time I was like, Oh, Lolita, everyone is obsessed with it.

Later, my idea about what a love story could be left room for abuse and obsession, and as I got older I got to the point where I understood that the story was told from the abuser’s point of view and it was violent and intentional. It was a big shift in thinking.

What were your hopes for publishing My Dark Vanessa?

When I was writing, my dream was a small press, like Tin House or Greywolf, which put out  incredible books I really admired. I had the impression that big publishing was impossible to break into, especially with literary fiction. But I did query agents and it took me five months to get one. So when the book was about to be submitted to editors I thought the process  would take a long time. It happened really quickly – within a couple of days, which was stunning. It still baffles me. Taking a step back, I feel very fortunate.

You were writing the book long before #MeToo became a movement. Do you think your timing helped sell the book?

I already had the present day plot line when #MeToo was happening, but when I realised that the book would be read in that context no matter what, I felt like I had something to contribute. I honestly wasn’t sure if having the book be “timely” would be exciting to people or if it would be a turnoff. I was worried it would come across as opportunistic. But I had to trust that the years and years of work I put in would be apparent on the page.

Because I had this early-aughts Lolita complex, I was always hyper vigilant to instances of that in culture. I felt a little vindicated but also like, Oh shit, maybe people will be interested. Maybe now this might get some attention.

You’ve remained adamant that My Dark Vanessa is a work of fiction. Why is that categorisation so important to you? And what do you say to people who have said the book is not “literary” enough?

Since it’s come out, men and women – because sexual abuse is about power, not gender – have told me, “This happened to me, or my friend, or at my school.”

I’m insistent about the fact that it’s fiction because it belongs to the reader. Vanessa is a character that you relate to, or be frustrated by, or judge and all of that is fine because she’s a character that lives in the book and is not a real person.

As far as it being literary fiction, I’ve always written in a way that other people describe as “readable.” I’m good at writing scenes, I’m good at having characters in rooms with scenes and  dialogue. In MFA programs there is this sense that “readable” somehow translates to cheap. But most of my favourite books are character-driven and literary, like The Secret History, White Oleander, and She’s Come Undone. Trust me, I tried to write in a way that I thought was more “literary” by inserting exposition, making it more experimental. But I realised I had to write to my strengths. The book is rooted in scenes and always moving forward.

What are you reading right now?

God Shot by Chelsea Bieker, which has a teenage girl narrator, is excellent. I also loved How Much of These Hills is Gold by C Pam Zhang.

Like what you see? How about some more R29 goodness, right here?

Miss Workplace Drama? These Books Are For You.

An Interview With The Author Of Lost Girls

The Book For Every Woman Who’s "Too Much"

The Case For Getting Dressed

Wall Street regains its footing after biggest rout since...

Stocks rose on Friday on hopes for a stimulus package, reversing some of the losses...

Texas Tries to Balance Local Control With the Threat of...

Texas is the largest state that has not issued a statewide stay-at-home order. With...

Surging demand for critical products has created an immediate need for more workers,...

Markets shuddered as the $2 trillion economic stabilization package stalled before...

Amazon to hire 100K workers to keep up with surge of orders...

Amazon to hire 100K workers to keep up with surge of orders during coronavirus outbreak  Fox...

Ontario teachers' unions move ahead with job action despite...

Former postmasters wrongly accused of theft want a judge-led inquiry into the scandal,...