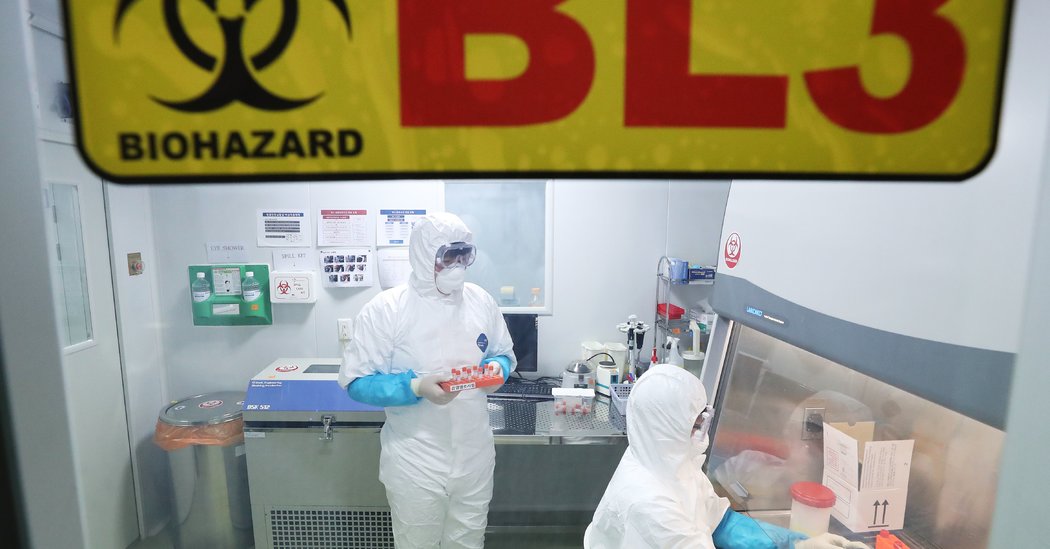 HONG KONG — Chinese state media on Saturday reported the first known death from a new virus that has infected dozens of people in China and set off worries across Asia.

Forty-one people have been found to have the new virus, a coronavirus, and seven patients are still in severe condition, the health commission said, according to the Xinhua report. Two patients have been discharged, it said.

There is no evidence that the virus can be spread between humans, according to the commission. The initial cases were linked to workers at a market that sold live fish, birds and other animals. More than 700 people who had close contact with patients, including 419 medical workers, have been put under observation, the commission said, adding that no additional cases have been found.

Reports of the virus — a mysterious, pneumonialike illness — first appeared last month and have since aroused fears around the region, where memories of the SARS epidemic 17 years ago, which began in China and killed more than 800 people worldwide, still linger.

The man who died was a regular customer at the market in Wuhan and had previously been diagnosed with abdominal tumors and chronic liver disease, said the city’s health commission.

While no new cases have been detected since Jan. 3, questions remain. Experts have said the minimum incubation period for some viral infections is 15 days, suggesting that it may be another week before authorities can determine the full extent of the illness.

Reports of the man’s death came just before the Spring Festival, China’s biggest holiday, which begins Jan. 25, and a time when hundreds of millions people travel across the country. That mass migration raises the potential of spreading and worsening any outbreak. According to government estimates, Chinese passengers will take three billion trips in the next five weeks for family reunions and tourism.

In recent days, authorities have stationed personnel at airports and train stations across the region to scrutinize people who have visited Wuhan. The market linked to the virus is less than one mile away from a train station. Precautions include checking passengers for fever.

Authorities in the Chinese city of Hong Kong and elsewhere in Asia have also stepped up scrutiny. On Saturday, South Korean officials said the illness of a Chinese woman they had placed under isolation earlier in the week was unrelated to the coronavirus, according to the country’s Yonhap news agency. The woman had visited Wuhan and suffered from coughing the throat irritation.

The Chinese government has faced pressure to release more information about the virus. In 2002, after SARS, a dangerous respiratory disease, first broke out, the Chinese government tried to cover up the extent of the epidemic, severely undermining public trust. Some experts have argued that China should disclose more details about the recent outbreak, such as the transmission route, the incubation period and the ages and genders of the patients.

Coronaviruses are a large family of viruses that infect animals and people, and some cause only the symptoms associated with the common cold. Health officials in China have said that symptoms of the new illness include high fever, difficulty breathing and lung lesions.