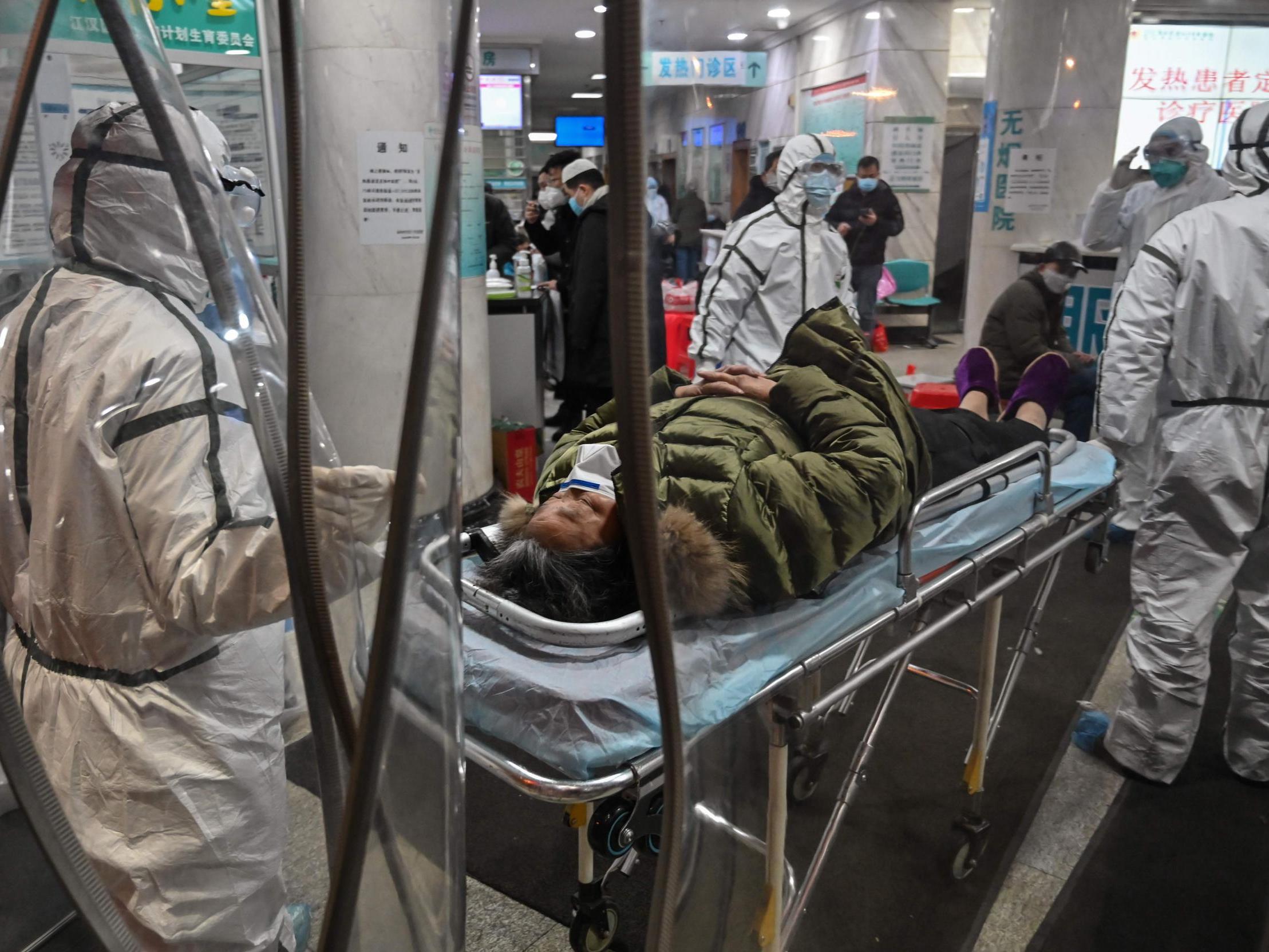 The first case of the Wuhan coronavirus in Canada has been announced, with one person confirmed to be the a presumptive carrier of the virus following testing in Toronto.

It comes as China raises the death toll of the disease to 56, after authorities in the hard-hit Hubei province reported 13 more fatalities while Hunan announced one death.

State media said on Sunday that the total number of cases in the country was 1,975.

Sharing the full story, not just the headlines

Sunnybrook Health Sciences Centre in Toronto said it is “caring for a patient who has a confirmed case of the novel coronavirus that originated in Wuhan, China.”

Dr David Williams, Chief Medical Officer of Health, said they are 95 per cent sure it is the virus after lab testing was done in Ontario.

Officials said the man is his 50s and recently flew from Wuhan, China to Guangzhou, China and then on to Toronto on 23 January.

“He really wasn’t in Toronto very long. He wasn’t feeling well. I think he was at home and the people that live with him are in self isolation,” said Dr Barbara Yafe, Ontario’s Associated Chief Medical Officer.

On Saturday, Australia and Malaysia reported their first cases of the disease – four each – while Japan announced a third. The incidents follow on from the first cases in Europe being confirmed by France on Friday night, and a second instance of the virus in the US.

In 2003, Toronto was among those to be affected by the SARS outbreak, with 44 patients dying in the area. A total of 438 were sickened across Canada.

Dr Eileen de Villa, Toronto’s Medical Officer of Health, said: “It is understandable that people may be concerned with today’s news of our first case and that people may worry, but I assure you that based on the lessons we learned from SARS now 17 years ago, and given our experiences during the flu pandemic of 2009 and more recently, with Middle Eastern respiratory syndrome, we have learned, shared knowledge and built a stronger public health system that is ready to respond, as needed.

“One of our main roles in public health is to manage the spread of infectious diseases like this one and keep our residents safe and healthy. We will continue to actively monitor this situation with our provincial and national health colleagues and update the public, as needed.”

‘Make Ebola a thing of the past’: First vaccine against deadly virus approved – Nature.com

She thought her daughter was in good hands. Then she died of an overdose

Coronavirus update in US: Who’s responsible for protecting you? – Vox.com