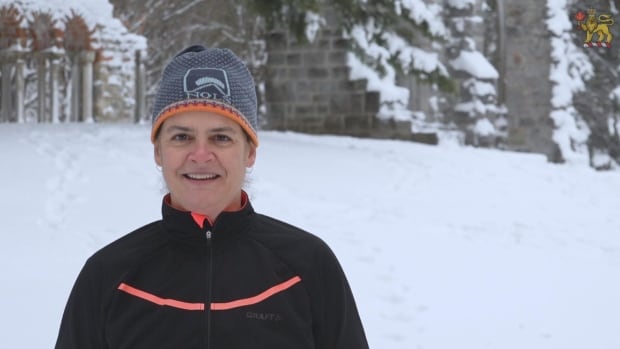 Gov. Gen. Julie Payette today encouraged Canadians to get outside and enjoy the winter in her annual New Year’s message.

Canada’s “breathtaking beauty” deserves to be celebrated and explored, she said.

“This time of year, we tend to cuddle inside and seek warmth,” said Payette. “But once outside, it is so worth it.”

For this year’s message, Payette continued her practice of avoiding the more formal, regal backdrops preferred by previous governors general in their end-of-year messages, and instead spoke from the grounds of the Mackenzie King Estate in Gatineau Park in the Outaouais region of Quebec.

(In 2017, she delivered her message while skating on the ice rink erected beside her official residence, Rideau Hall.)

In this year’s address, the governor general said Canadians can be proud of having an international reputation as “team players” and “peace seekers.” She also highlighted Canada’s diversity and paid tribute to Indigenous people in Canada.

Payette commemorated Canada’s fallen soldiers by reminding Canadians of her visit to Europe earlier in the year to mark the 75th anniversary of key events in the Second World War.

Finally, she urged Canadians to stand up to hate and violence and work together for the common good.

“My country is not a country. It’s winter. That’s the least we can say.

“This time of year, we tend to cuddle inside and seek warmth. Mostly because — as Gilles Vigneault points out in his famous song — ‘to avoid where the flakes swirl with the wind in this land of blowing snow.’ But once outside, it is so worth it.

“Whether you were born here or chose to come and live here. Whether you’re just passing through or came here to seek refuge. This is your country — a land of breathtaking beauty that deserves to be explored and celebrated — rain or snow or shine.

“For we are so fortunate. We share values and interests. We can be proud of our diversity and we are recognized around the world as open, curious, team players, peace seekers, peacekeepers.

“And we are accomplished. Like the Indigenous people, who have been living here on this ancestral land for thousands of years. Those who taught us to survive in the cold, to appreciate the gift of nature, and the importance of community.

“I have seen it everywhere I have been this year. Canadians are out there making a difference as artists, scientists, athletes, entrepreneurs. Young or old, every one of us is an ambassador.

“This past year in particular, we were also reminded that the peace we enjoy was won at a terrible cost. We went to France, to Holland and to Italy to commemorate the Second World War. For 75 years ago, our Canadian soldiers were fighting to help liberate Europe from tyranny. What is striking when we visit Canadian war cemeteries abroad are the rows and rows of identical tombstones — all engraved with a single maple leaf, a name, a date.

“As I watched our veterans — these brave soldiers from another era — walking amongst the graves of their fallen comrades, I could not help but be moved. Many had died before their 20th birthday. Some had died just before Christmas. All died in a distant land, far away from home.

“The great Gilles Vigneault also captured this essence in his beautiful winter poem. He wrote: ‘My home is your home. With time and space, I build a fire and prepare a place. For people, near and far. For we all share a human race.’

Here's why you're suffering a hangover - Scuttlebutt Sailing News

Intermittent Fasting Could Be Part of a Healthy Lifestyle, Studies Show - EcoWatch

Intermittent Fasting Could Be Part of a Healthy Lifestyle, Studies Show - EcoWatch