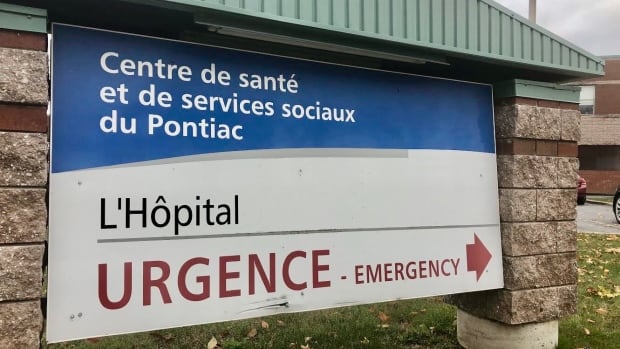 They will alternate shifts at the hospital’s obstetrics unit, working one week on, one week off for an indeterminate period of time, CISSSO said.

Shawville struggled through late September and much of October to provide reliable care for women in labour and their babies. The hospital, which normally sees about 10 patients per month, sends them to Gatineau to give birth when the obstetrics unit is closed.

“It’s really almost a guessing game as to when the unit will be open,” Pontiac MNA André Fortin told Ottawa Morning‘s Hallie Cotnam.

“Giving birth should be one of the happiest moments in a family’s life and instead, it’s worrisome for all these families who are now hoping and praying they might give birth on a day when the obstetrics unit is open,” the Liberal MNA said.

Radio-Canada found five recent instances where women were unable to give birth at Pontiac Hospital.

The hospital’s obstetrics unit was closed:

Fortin, a former health critic, challenged Quebec Health Minister Danielle McCann in the National Assembly Wednesday, asking her how long the Pontiac would remain without a reliable obstetrics unit.

In French, McCann responded that she’s aware of the situation in the Pontiac, and acknowledged obstetrics is a basic service.

“We will work very hard to … remediate the situation,” she said.

“We know hospitals in Montreal have helped La Sarre and we addressed [the employee shortage] in La Sarre. This is what we’ll do for the Pontiac Hospital.”

Earlier this month, surgeries were cancelled at the hospital in La Sarre, about 410 kilometres northwest of Shawville, because of a similar staff shortage.

But Fortin said he doubts the two nurses from Montreal will be much more than a temporary stopgap for Pontiac residents. According to Fortin, it takes 12 nurses to run an obstetrics department, but Pontiac Hospital currently has just four.

“There has to be a more permanent fix,” Fortin said.

The Pontiac region will have trouble retaining staff so long as nurses are tempted to cross the Ottawa River for work in Ontario, he said.

“The Quebec health care system, at least in this region, has a real hard time attracting and retaining its personnel because the working conditions in Ontario are better,” Fortin said.

CBC contacted Quebec’s health minister Friday and is waiting for a response.

Post-Trail Depression: It's Not What You Think - The Trek

Post-Trail Depression: It's Not What You Think - The Trek

Food for pot: Cannabis edibles, extracts and topicals now legal but can’t be sold for some time