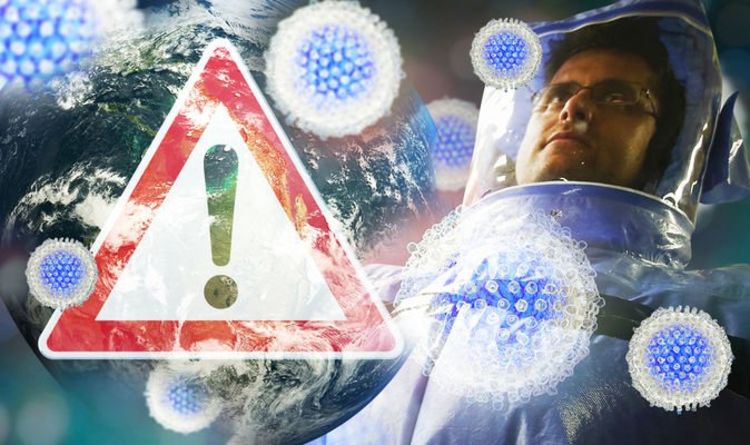 But the report also revealed the UK is the second best-prepared in the world, second only to the United States, while warning the risk posed by biological warfare and others sources of deadly pathogens was outstripping the capability of mankind to contain them. Research undertaken by the Economist Intelligence United (EUI) as part of a joint project launched by the Nuclear Threat Initiative (NTI) and the Johns Hopkins Center for Heath Security (CHS) identifies severe weaknesses in countries’ abilities to prevent, detect and respond to significant disease outbreaks.

In particular, the study concludes countries are unprepared for a globally catastrophic biological event, including those which could be triggered by the international spread of a new or emerging pathogen or by the deliberate or accidental release of dangerous or engineered agent or organism.

NTI co-chairman and CEO Ernest J Moniz said:”The results are alarming: all countries – at all income levels – have major gaps in their capabilities, and they aren’t sufficiently investing in biological preparedness.

“The bottom line is that global biological risks are growing – in many cases faster than health systems, security, science, and governments can keep up.

“We need to ensure that all countries are prepared to respond to these risks.”

The inaugural Global Health Security Index, developed with guidance from an international panel of experts from 13 countries, rated 195 countries in terms of their states of readiness using a sliding scale, from 1 to 100, 100 indicating full preparedness.

The average score is 40.2, while even along the 60 high-income nations assessed the figure was 51.9.

“We hope this index will help countries identify gaps, build preparedness and best practices, and track progress over time.”

NTI co-chairman and former US Senator Sam Nunn added: “This index is a powerful tool for citizens and civil society to hold their government officials accountable for health preparedness.”

The index benchmarks health security in the context of other factors regarded as critical to fighting outbreaks, including political and security risks, the broader health system and country adherence to global norms.

In addition to its overall finding that national health security is fundamentally weak around the world and no country is fully prepared for epidemics and pandemics, the GHS Index finds:

Replace Your Diet With These Eating Habits - Newsmax

New predictors for immunotherapy responses sharpen our view of the tumour microenvironment – Nature.com