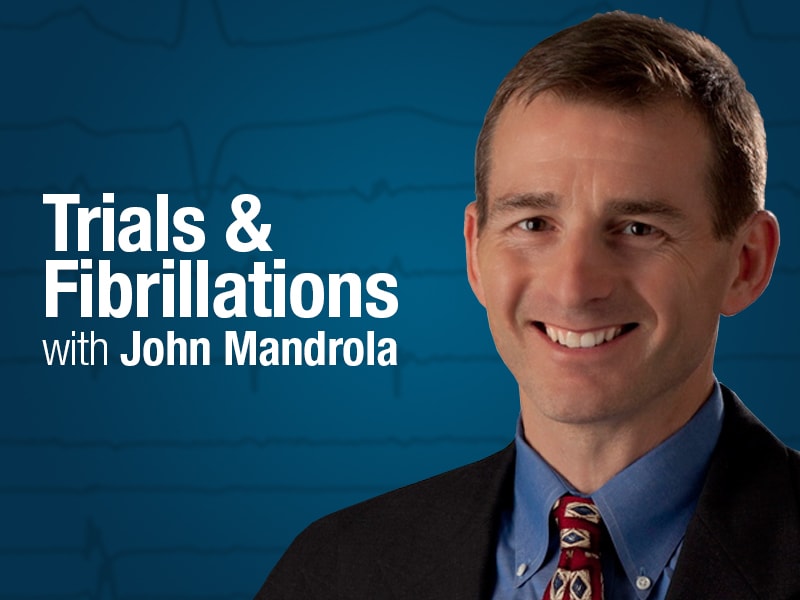 Sir, you are no longer a maverick. We should have listened to you.

It took over 40 years, but today, at the American Heart Association (AHA) Scientific Sessions 2019, we learned that you were right to stop referring “most patients with stable coronary artery disease (CAD) for cardiac angiography.”

The ISCHEMIA trial showed that an invasive approach to patients with moderate to severe ischemia did not significantly reduce a composite endpoint of myocardial infarction (MI), cardiovascular (CV) death, hospitalization for unstable angina or heart failure, and cardiac arrest compared with a conservative medical strategy—without initial angiography. The hard endpoints of MI, CV death, and all-cause death also did not differ between the treatment arms.

Recall that before ISCHEMIA numerous trials showed no reduction of MI or death with an invasive strategy on top of optimal medical therapy. This is important because it adds confidence to the null result.

ISCHEMIA enrolled patients with significant CAD. There will be arguments about the severity of their ischemic burden. Do not be swayed. In the real world, patients like those enrolled in ISCHEMIA go to the cath lab and often have revascularization.

Sanjay Kaul, MD, from Cedars Sinai in Los Angeles, California, wrote to me in an email that ISCHEMIA was well conducted with very few missing data and a low crossover rate of only 23%. He commented that the observed primary endpoint rate of 15.5% was close to the expected 14% rate, which argues against a lack of power to explain the null result.

The crossover issue is key. The flipside of the patients who crossed over to an intervention is that more than three fourths of patients with significant ischemia and documented CAD in the medical arm did not. That fact has huge societal implications.

Multiply 0.75 by the number of (ISCHEMIA-like) patients who have received percutaneous coronary angioplasty (PCI) or surgery for this condition over the past few decades. “Staggering” is the word that comes to mind.

ISCHEMIA also reported no heterogeneity of treatment effect based on CAD severity, baseline ischemia level, or even the presence of left anterior descending disease. In the press conference, primary investigator, Judith Hochman, MD, from the NYU School of Medicine, made the point that patients with three-vessel disease had higher event rates than patients with one-vessel disease, but “nevertheless, there was no advantage to the invasive approach.” Pause for a moment and re-read that sentence.

Crossing of Endpoint Curves Is Noise

During the trial presentation, Hochman discussed the early signal of higher event rates (mostly due to MI) in the invasive arm followed by lower rates thereafter. Social media amplified this idea.

I think this is a distraction. The main finding of this trial is that neither the primary endpoint nor any hard endpoint even approached significance. The notion that longer follow-up in ISCHEMIA would favor the invasive approach would be more convincing if the long-term survival in the COURAGE trial were not so neutral.

Patients had “significant, durable improvements in angina control and quality of life with an invasive strategy if they had angina (daily/weekly or monthly),” reads the conclusion of the ISCHEMIA report on quality of life.

Again, I urge you not to be swayed. The sham-controlled ORBITA trial demonstrated the power of the placebo effect of interventional procedures. To be fair, ISCHEMIA investigators did not have ORBITA results when planning their trial, but from now on, blinded trials will be necessary to make any conclusions on the relief of a subjective symptom like angina.

By email, David Brown, MD, from Washington University in St Louis, Missouri, captured one of the most important messages of ISCHEMIA: “[The results] show once again that it’s a fool’s errand to treat a marker of disease rather than the disease itself.”

This is what Dr Lown taught: The focal stenosis is the marker of the systemic disease of atherosclerosis. Before ISCHEMIA, the message of all previous trials was that treating focal stenoses did not improve outcomes. But the worry remained that sicker patients, with more disease, more ischemia, would do better with revascularization.

Cognitive dissonance played a role: While part of our brains can understand the data, another part of our brain cannot unsee the gnarliness of a severely stenosed coronary artery. Remember, humans feel risk.

This is why ISCHEMIA is so influential. It shows that a therapy that treats the systemic disease works well. Lifestyle modifications, basic cardiac medications, and not smoking work because each of these addresses the overall disease of atherosclerosis. More than 95% of these older patients, with significant coronary disease, were alive after a mean follow-up of more than 3 years.

That blockage is not a time bomb in your chest. The clear results of ISCHEMIA, combined with the prior evidence, show that the clogged-pipe frame of treating (stable) CAD was wrong. Clinicians must help change the public perception.

In patients like those in ISCHEMIA, the right answer is to start with optimal medical therapy—including lifestyle modifications. ISCHEMIA results do not mean that stents and surgery have no role. It means the initial approach is to treat the underlying disease. Most patients do well with that.

The trial results should be made into decision support tools and put into exam rooms, and professional societies should go on a public campaign to disseminate the findings in an effort to remove the fear of chronic stable CAD.

The final lesson from ISCHEMIA transcends cardiology. ISCHEMIA highlights the crucial value of randomized controlled trials, which must be done before ideas ossify. Decades after a procedure is accepted is too late. Trials may be expensive to perform, but they would surely save money in the long run.

My friend Vinay Prasad, MD, an oncologist at Oregon University, has proposed that randomized controlled trials have been the greatest medical advance of this generation. The ISCHEMIA trial results support his contention.

John Mandrola practices cardiac electrophysiology in Louisville, Kentucky, and is a writer and podcaster for Medscape. He espouses a conservative approach to medical practice. He participates in clinical research and writes often about the state of medical evidence.

Trawlerman and father, 24, hanged himself days after seeking help with his mental health - Daily Mail

Trawlerman and father, 24, hanged himself days after seeking help with his mental health - Daily Mail

I Was Ghosted By My Friends When I Got Cancer