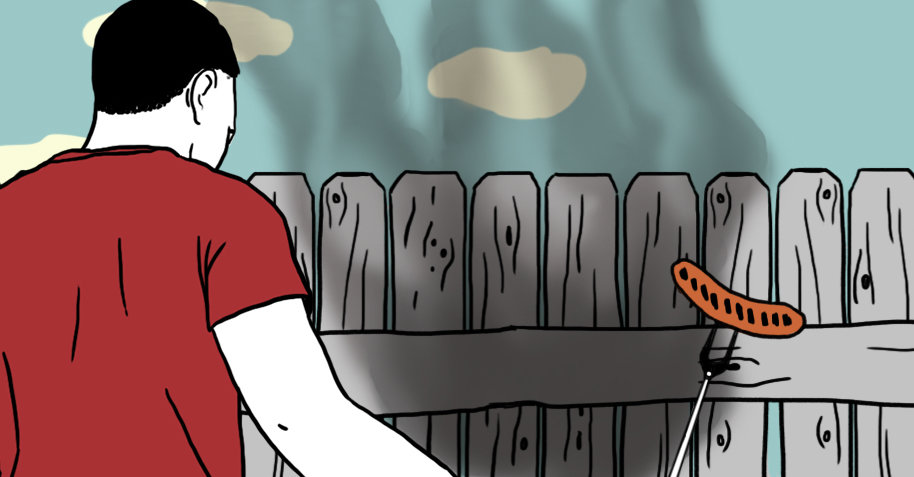 Q: I live in a historic district in Brooklyn, with three- and four-story brownstones, some of which date back to the mid-19th century. Some of my neighbors have barbecues and fire pits in their backyards. How common is it for New Yorkers to have fires in their backyards? Can it ever be done safely? I thought these things were illegal.

A: Fire pits are illegal in New York City because they are considered open flames, which are strictly prohibited. However, the law isn’t exactly stopping all the people with backyards from setting up a Solo Stove and roasting marshmallows like they’re camping in Vermont.

“A lot of people in Brooklyn are getting” fire pits, said Sera Rogue, the owner of Red Fern, a garden and interior-plant design studio in Brooklyn. “It’s like, what? You’re really going to call the fire department on your neighbors?”

So what would happen if the Fire Department did show up? The firefighters “would give those using the fire pit an opportunity to personally correct or we would extinguish” the fire, said Jim Long, an FDNY spokesman. “As long as we find them to be cooperative.”

Barbecue rules, however, are more flexible. People living in one- and two-family homes are allowed to have a standard backyard barbecue with a propane tank and a grate. It must be kept 10 feet away from the building and deck railings, and not under any eaves or overhanging branches. They must also keep a fire extinguisher, bucket of sand or a hose connected to a water supply handy.

New Yorkers with terraces, balconies and some rooftop decks can also have some types of barbecues, like charcoal, natural gas or electric, as long as they follow fire department rules. No one is ever allowed to barbecue on a fire escape for what should be obvious reasons — the space, as its name implies, is for escaping fire, not making one.

Grill safely, and you’ll be well-fed all summer. Keep in mind that barbecue grills on residential properties cause 1,500 structural fires and 4,200 outdoor fires a year, according to the New York City Fire Department, so the safety rules are in place for good reason.