Plan for Supertall Tower Looming Over Lower East Side Is Halted, For Now 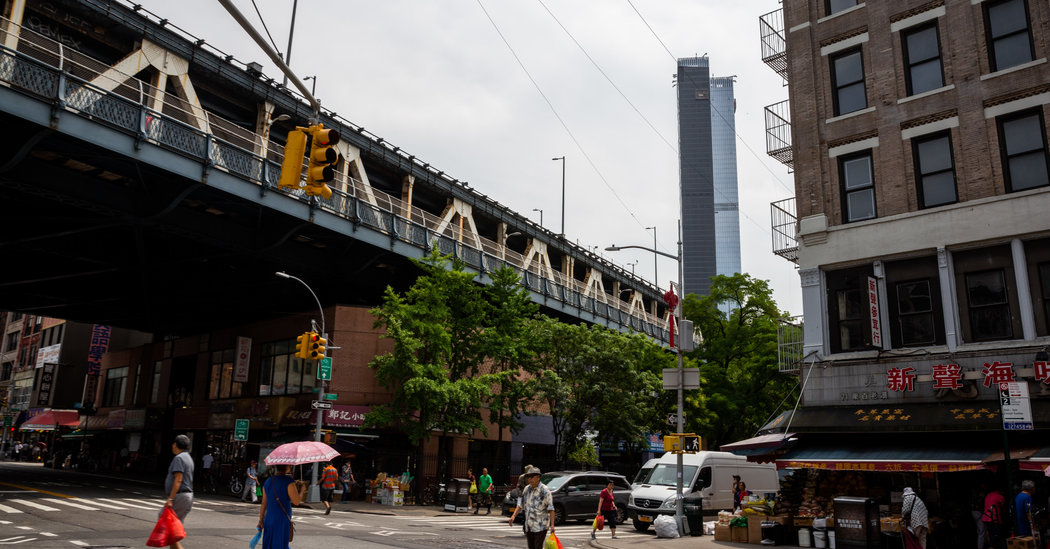 [What you need to know to start the day: Get New York Today in your inbox.]

The constant charge of high-rise developments that have demolished, rebuilt and reshaped so many New York City neighborhoods has largely marched on unimpeded in recent years despite fierce objections from community groups and preservationists.

That changed on Thursday.

A state justice in Manhattan ruled that one of the latest mega projects, known as Two Bridges on the Lower East Side, could not continue as planned, issuing a stinging rebuke to developers who have wanted to build three luxury waterfront apartment towers, one of which would stand over 1,000 feet.

The buildings, between the Manhattan and Williamsburg Bridges on the East River, would add nearly 3,000 apartments and soar above a part of the city dotted with low-rise walk-ups and buildings that have been home to waves of immigrants.

The justice, Arthur F. Engoron of State Supreme Court, overruled a city agency’s approval of the project in 2016, ordering the developers to essentially start over and go through the city’s lengthy and arduous public review process.

The justice’s searing opinion echoed what many opponents have said about similar super-tall buildings in Manhattan: They overwhelm the neighborhood, disrupt the character of the area and displace less wealthy residents.

“The irreparable harm here is twofold,” Justice Engoron wrote in his opinion. “First, a community will be drastically altered without having had its proper say. Second, and arguably more important, allowing this project to proceed without the City Council’s imprimatur would distort the City’s carefully crafted system of checks and balances.”

The ruling does not outright kill the project. The public review, however, will undoubtedly delay construction, require developers to seek additional community input and makes the buildings’ future less certain.

The City Council, whose members filed the lawsuit against the project along with the Manhattan borough president, Gale A. Brewer, will have the final say about Two Bridges at the end of the public review period.

“We’re very grateful that the State Supreme Court agreed and that the community, the Borough President, and the City Council will have an opportunity to provide real input and help shape the future of this neighborhood,” the council speaker, Corey Johnson, said in a statement.

The developers of Two Bridges — JDS Development Group, Starrett Development and a joint venture between CIM Group and L+M Development Partners — said they would appeal the ruling.

“These projects were lawfully approved and met all legal requirements,” James Yolles, a spokesman for the group, said in a statement. “They were proposed after years of community consultation, public review and environmental analysis, and in compliance with zoning that’s been in place for more than 30 years.”

The Two Bridges buildings would also include about 700 permanently affordable apartments, as well as upgrades to a public-housing complex and the East Broadway subway station. The city’s Law Department, which defended the city in the lawsuit, said it was “considering the city’s legal options.”

“We are disappointed by the court’s ruling impacting a project expected to add hundreds of affordable housing units and improve transit infrastructure for the community,” said Nick Paolucci, a Law Department spokesman.