Hostels, Havens for the Thrifty, Fight to Survive the Pandemic 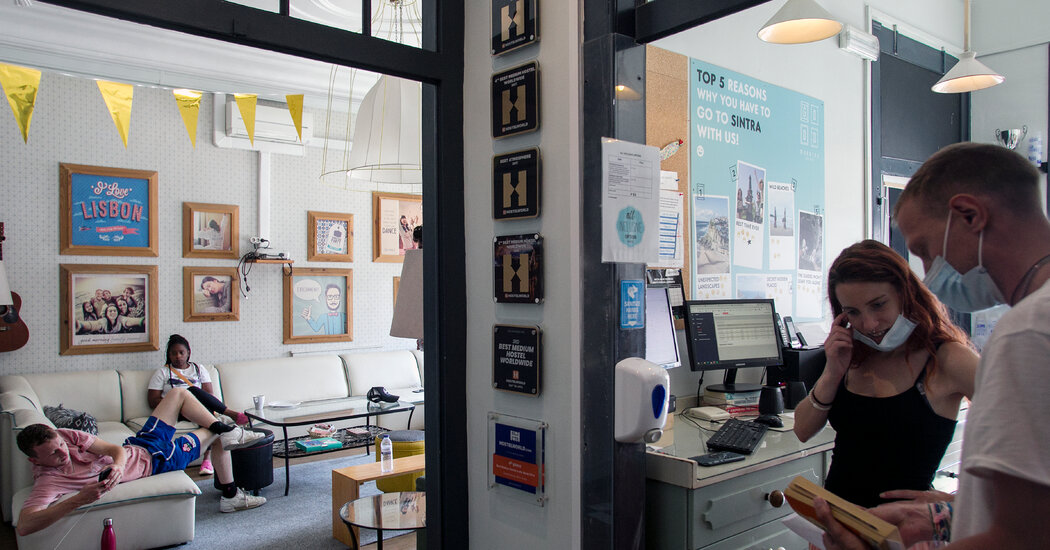 Linda Martinez, who co-owns the Beehive Hostel in Rome with her husband, struggled after reopening in June 2020, with few visitors despite the high season. When the second wave of the coronavirus hit last fall, the hostel, and the couple’s confidence, went dark. “Even though we had the Beehive for more than 20 years, we felt so bad about ourselves,” Ms. Martinez said.

Her husband’s bread-making skills helped save them. In October, they launched Beehive Bagels, which delivers freshly made bagels throughout Rome and Italy.

At its busiest, Beehive Bagels made 1,200 bagels weekly. Sales have dropped recently, but the carbo-loaded impact on morale stuck.

“The bagel business was a boost not only financially, but psychologically and emotionally,” Ms. Martinez, 54, said. “That helped us get over this low period we were in.” The Beehive has been busy with mostly European tourists, a change from its predominantly American guests, but it is still not at prepandemic levels. Clouds of concern remain for late autumn, Ms. Martinez added.

Many hostels pivoted to the growing contingent of travelers unbound by offices and embracing remote work. Goodmorning in Lisbon started offering all-inclusive, long-term stay options and built a modest co-working space. El Granado in Granada, Spain, offers discounts at two local co-working spaces in town. The Yard, a hostel in Bangkok, converted its eight dorms into offices that it rents to local start-ups.

But even with reinvention, businesses, including Goodmorning, languished, and many hostels disappeared. According to the global booking site Hostelworld, about 13 percent of the 17,700 properties featured on its site in December 2019 had temporarily or permanently closed by December 2020. This year, about 6 percent have closed, a third of which are in Asia.

Heading into January 2020, Myo Hostel in Helsinki, Finland, which opened in 2017 and employed people with disabilities, was celebrating a fully-booked off-season, said Jenny Narhinen, one of the co-owners.

Wine Guide: 10 Ways to Appreciate It Even More

Charli Howard: “My Confidence Changes Daily But I Learned To Stop Putting Importance On How I Look”

Whales So Close You Can Touch Them: An Adventure in Canada

We Went to Vegas to Wring Joy From Heartbreak

Charli Howard: “My Confidence Changes Daily But I Learned To Stop Putting Importance On How I Look”

Adventum Coupe in pictures: Range Rover as a coachbuilt two-door coupe with a supercharged V8