This Grocery Aisle Is About to Disappear for Good 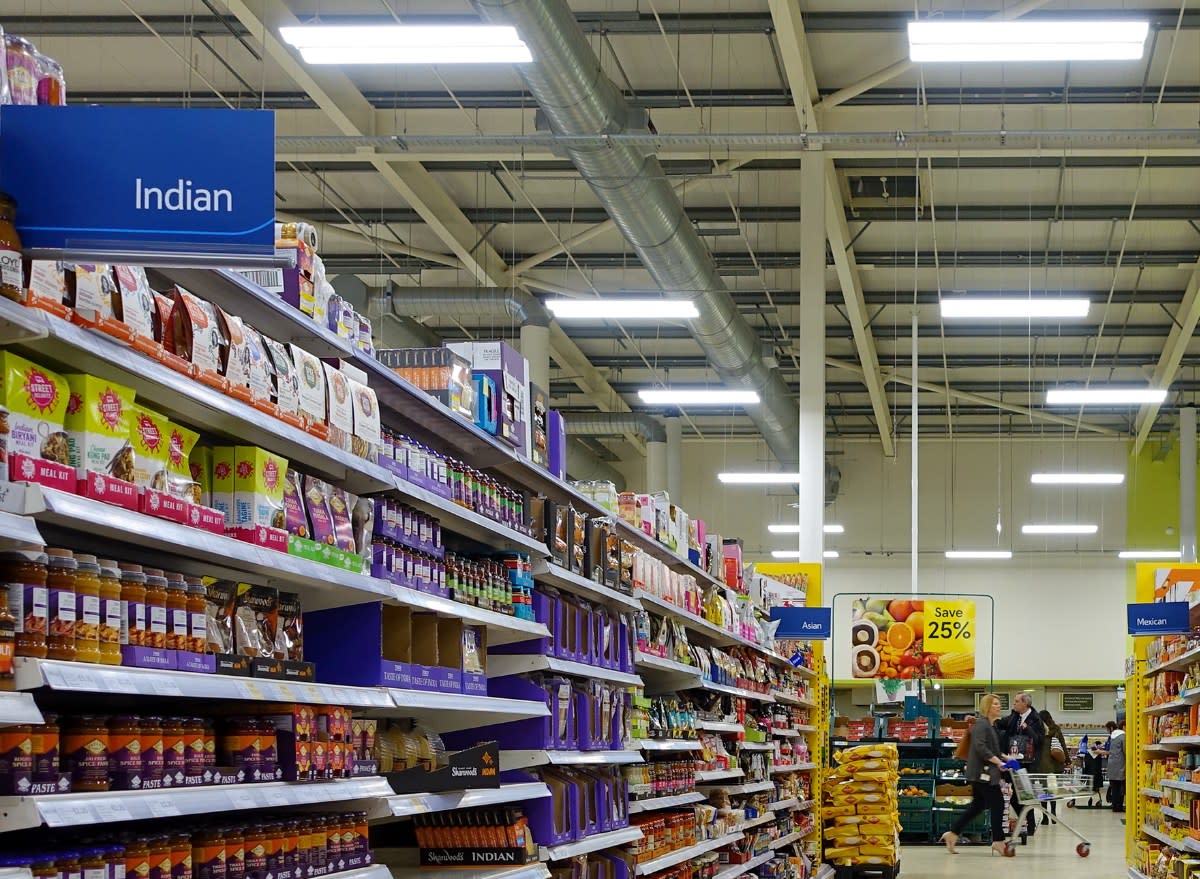 American diets now include a diverse range of foods from all over the globe. Ingredients like fish sauce, turmeric, and coconut milk have made their way into pantries across the country as they’ve become mainstream ingredients in home cooking as well as on restaurant menus. And yet, these items can still be found in their own designated aisle—often labeled “ethnic”—in many grocery stores.

Well, that likely won’t be the case for much longer. According to Business Insider, the existence of the “ethnic” grocery aisle no longer reflects shoppers’ sensibilities—especially not those of younger Americans. Beyond that, consumers and food brands are becoming increasingly vocal about the undertones of marginalization that such segregation of popular foods seems to evoke. Sometimes known as the “international” aisle (or “Asian” and “Hispanic” aisles as Walmart labels them), these sections lump together foods in a way that emphasizes their outsider status.

As Epicurious explains, “ethnic” used to describe foods that were popular in other cultures and not in the typical American diet. Not so long ago, Italian food was considered ethnic, as were German hot dogs and Jewish rye bread. Over time, however, these foods migrated to the main aisles of the grocery store because of demand and frequency with which Americans adopted them as their staples. Still, there are plenty of products that remain in the “ethnic” food aisle in grocery stores, which is problematic to both shoppers and food brands alike. (Related: 8 Grocery Items That May Soon Be in Short Supply.)

Celebrity chef David Chang argued the issue isn’t whether or not Americans have incorporated these “ethnic” foods into their mainstream diet, but with the grocery store’s outdated perception of them. “All the foods in the ethnic food aisle are already accepted. So why do we even have them?” he asked in a 2019 interview with The Washington Post. In other words, why can’t noodles live in the pasta aisle, and navy beans with other legumes?

Chang’s point is echoed by the fact that millennials seem to be more interested in food with global origins than any other generation before them, partly because immigrant millennials are nearly twice as likely to be high-earning, college-educated people than the previous generation, with an increased buying power that’s fueling the demand for diverse food. There’s also been a surge in American shoppers embracing global ingredients for their health benefits (matcha latte, anyone?) and craveable flavors.

An increase in demand for “ethnic” groceries should be matched with an increase in shelf space dedicated to them, but currently, the opposite seems to be true. Miguel Garza, the CEO of Siete Family Foods, told Business Insider that “ethnic” food companies often end up competing for very limited shelf space because they’re being lumped together. “I don’t understand it. If something like salsa is now the No. 1 condiment in the US, why would it be relegated to one aisle?” he said.

For more social changes taking place at the grocery store, check out 10 Groceries You’ll Never Find Under the Same Name Again. And, don’t forget to sign up for our newsletter to get the latest grocery news delivered straight to your inbox.

One man's secret to a socially distant Halloween: A robot who'll deliver candy to trick-or-treaters

Luke Keyes stands in his Austin driveway with Arty the robot. (Photo: Luke Keyes)Luke Keyes has always loved Halloween. Every...

Following a diet high in fat and low in carbohydrates has been shown to help people lose weight. The keto...

Just when you thought things couldn't get any worse—and in a week in which the tally of COVID-19 related deaths...

This Ice Cream Is Being Recalled Due to Allergy Concerns

One lot of ice cream from Homestead Creamery in Wirtz, Virginia is the subject of a recall because quarts could...

Doing This Just Minutes a Day Helps You Sleep Better

There's nothing more frustrating than tossing and turning through the night, only to wake feeling groggy and miserable. According to...

When you have a hankering for Olive Garden breadsticks or just can't wait to enjoy some appetizers while you sip...

Reese Witherspoon opens up about becoming a mom at 22: ‘I was terrified’

This Beloved Celebrity is Releasing A New Cookbook