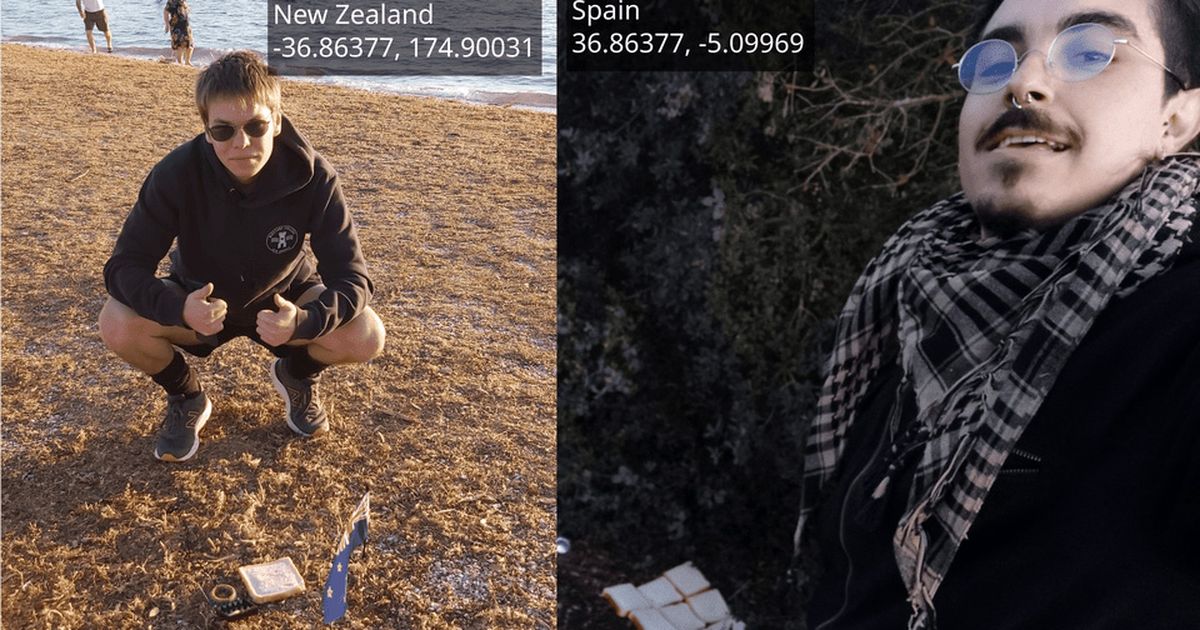 You may not have realised it, but for a brief time a few days ago, you were no longer inhabiting the Earth. You were actually inhabiting a giant, rapidly spinning sandwich.

It all started when 19-year-old Etienne Naude, who’s currently studying at New Zealand’s University of Auckland, took to Reddit to make a rather unusual request in the r/Spain sub.

Top translation apps for filling your passport (and your home screen)

The best camping gear for people new to the great outdoors

“I am wanting to make a thing called an earth sandwich,” Naude wrote, before describing exactly what this would entail: “2 people at opposite parts of the world place pieces of bread at the exact opposite ends of the globe.”

It may have seemed like a slightly odd request to some, but Reddit was more than happy to answer the call.

“I posted on r/Spain and got a bunch of responses, [and] from there I narrowed down who was in the region,” Naude told Mashable. “We then used Reddit chat to organise the details.”

Naude told Mashable that they made the sandwich mainly for fun, and to give themselves a challenge. The co-ordinates were worked out using the website freemaptools.com — a tool which calculates something called “antipodes” (points on the Earth’s surface that are directly opposite one another) and then gives latitude and longitude co-ordinates based on this. Essentially, when they made their sandwich, Naude and his Reddit friend were connected by a line that would have run straight through the Earth’s centre.

On Saturday, Naude posted the results of the experiment in Reddit’s r/newzealand sub. At the time of writing, the post has over 7,000 upvotes.

Oh, and if you were wondering why there are nine slices of bread in the Spanish half of the image Naude shared, it’s to guarantee accuracy. “Just in case we were slightly off,” Naude explained.

Top translation apps for filling your passport (and your home screen)

The best camping gear for people new to the great outdoors

Got writer’s block? This service will write your memoir for you.

Janet Mock and Taylor Swift to Be Honored at Glaad Awards

Meghan Markle’s ‘pain’ and ‘the attacks she faces’ have made Prince Harry determined ‘to sort it out’: report – Fox News

First reactions to ‘Onward’: Emotional and sweet, but missing some Pixar magic

Here’s why BTS fans are flooding Twitter with tiny 7s

Brits 2020: The real winners and losers

This Is Us Recap: Big Three, One Cabin – Vulture