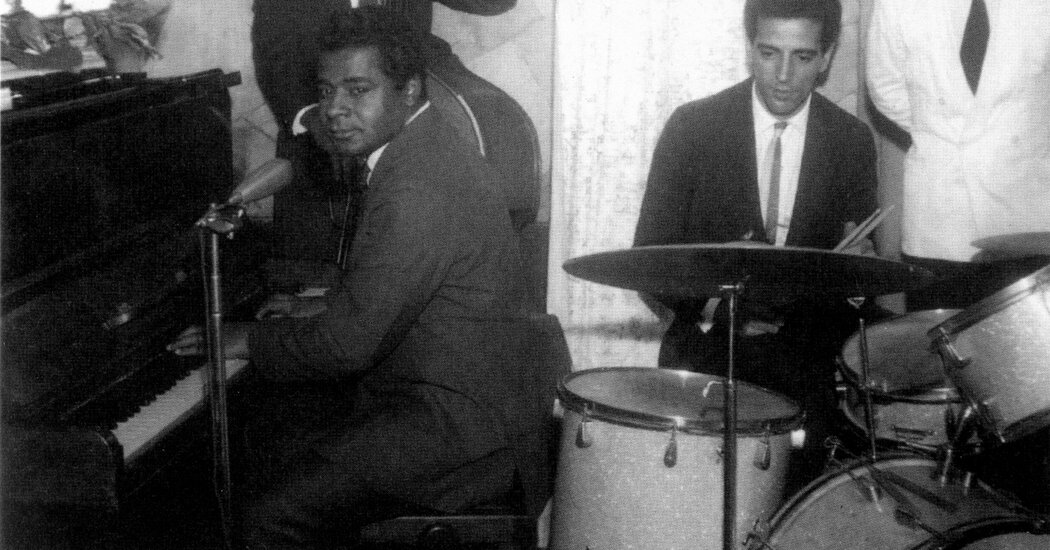 João Gilberto’s landmark “Chega de Saudade” is widely considered bossa nova’s first album. But about seven years before its 1959 release, a Brazilian musician known as Johnny Alf composed “Rapaz de Bem.” The song incorporated several elements that became hallmarks of the genre: a linear melody, a gentle way of singing, a series of unconventional key changes, a rhythmic dissociation of drums and bass.

Alf, a pianist, composer and singer, dared to blend classical, popular, foreign and local music references into his own creative process. The source of his inspiration lies in the music of Chopin, Debussy, Nat King Cole, Stan Kenton, and the Brazilian notables Custódio Mesquita and Francisco Alves. His music attracted the most avant-garde ears to the piano bars of the Copacabana neighborhood in Rio, where he regularly performed in the early ’50s.

Antônio Carlos Jobim, who was also known as Tom, and Gilberto — now known as two of the most famous names in bossa nova — were among the faithful habitués who were stunned by songs like “Rapaz de Bem,” one of Alf’s first professional compositions and, the radio host and music producer Ramalho Neto argues in the 1965 book “Historinha do Desafinado,” the actual first bossa nova song.

It’s been 10 years since Alf’s death from cancer at 80. In his six-decade career, he composed more than 80 songs, some recorded with giants like Caetano Veloso and Chico Buarque. But while his pivotal role is well-accepted by scholars, artists and critics, why isn’t he more widely known to listeners as a pioneer of one of the most appreciated Brazilian genres around the world?

Like his music, Alf’s story was complex. He was born Alfredo José da Silva to a poor Black housemaid. His father died when he was 3, and he owed much of his musical education to his mother’s employers — an upper-middle-class family who paid for his piano lessons and helped raise him, though they later strongly disapproved of his nightclub career. (They expected Alf to become an accountant or an English teacher.)

But music was intrinsic to Alf’s life long before his debut in the clubs of Copacabana. When he was only a high school student, he was invited to play the piano at the Brazilian-United States Institute (IBEU), in Rio’s downtown. Sessions there earned him his first radio gig and generated his artist name: “Johnny” was suggested by a fellow student for being a popular name in America, and “Alf” was his nickname at the school.

In 1949, Alf, a connoisseur of American music, joined the Sinatra-Farney Fan Club, a place to appreciate, discuss and play the music of Frank Sinatra and Dick Farney, a Brazilian pianist and singer inspired by the American star. It was here that Alf’s music began to flourish, and his sound developed a striking modernity. According to José Domingos Raffaelli, a music critic and former Sinatra-Farney attendee, Alf used to perform for hours as listeners begged him to play on. In 1952, thanks to a recommendation from Farney himself, Alf got his first job at a Copacabana piano bar called Cantina do César.

Three years later, Alf moved to São Paulo with the promise of making a better living. By then he was an independent musician in his mid-20s with no family support. In 1958, when bossa nova was gaining momentum in Rio, Alf was 270 miles away — far enough to miss out on the movement.

Marcos Napolitano, a social history professor at the University of São Paulo who researches music movements in Brazil, agreed. “It is undeniable that Alf’s work was more subtle, intimate and sophisticated,” he said in an email interview, “apart from him being a timid, standoffish performer.”

Alf’s personality offstage — where he boldly insisted on creative freedom — also limited him. “No one called me to record because I only did what I wanted,” he told Rodrigues.

Nelson Valencia, who managed Alf’s career for over 20 years, said in a phone interview that Alf didn’t naturally chase opportunities, but rather waited for them to appear. He added that his client also could have pushed harder to explore the growing Japanese and American markets.

In 1963, Alf did record an album in English (with Jobim’s compositions) that has never been released. In the late ’70s, when Sarah Vaughan, one of his greatest idols, invited him to tour the United States, Alf was warned to refuse it by his mãe de santo — the priestess of Umbanda, the Afro-Brazilian religion to which he was devoted — and he didn’t go.

Alf was also Black, poor and gay in an industry aiming to attract affluent white audiences to the genre. Napolitano said that in the late ’50s, the music business saw in bossa nova a chance to compete with American rock ’n’ roll, and Valencia acknowledged that race and class inequalities restricted Alf’s rise: “There was a movement to promote Tom Jobim, who was rich, white, young, good-looking,” he said, and added that with Alf’s abilities, “maybe he was someone who could overshadow Tom Jobim.”

Alf’s talent, Rodrigues said, could also have been a problem for Aloysio de Oliveira, an influential bossa nova producer who was particularly interested in promoting Jobim and Gilberto in the United States. Alf was excluded from the landmark “Bossa Nova at Carnegie Hall” concert, organized by Oliveira and held in New York in 1962.

Alaíde Costa, Alf’s favorite singer, said that racism in bossa nova has always been veiled, to the point where Black people, like her and Alf, didn’t even realize they were facing discrimination. “When the movement began, I was already a professional. I used to be invited to the meetings because I could help the movement somehow,” she said in a phone interview. “But when the bossa nova boomed, I felt I was no longer necessary.” She added that she regrets not having been part of the movement in a larger way.

While Alf never achieved stardom, the genre’s legends always saw him as a musical guru. Jobim not only used to call him Genialf (a combination of “genius” and “Alf”), but was so inspired by “Rapaz de Bem” that he composed “Desafinado (Off-Key),” one of bossa nova’s most famous songs. When Gilberto realized that Alf’s unusual syncopations reminded him of the beat of the tamborim (a samba percussion instrument), he said he had finally found what he was looking for.

Alf, however, has remained a few steps removed from fame. He was, Valencia, said, “his own hero and own villain.”

Fyre Festival Promoter Has a Podcast, and a Spot in Solitary Confinement

Why Are TikTok Teens Listening to an Album About Dementia?

Ariana Grande Is in Love, and 11 More New Songs

The Housing Boom and Bust, Seen From the Front Lines

How to Make Beads From Your Newspaper

‘It Would Be Like Losing a Little Bit of Me’: TikTok Users Respond to Potential U.S. Ban