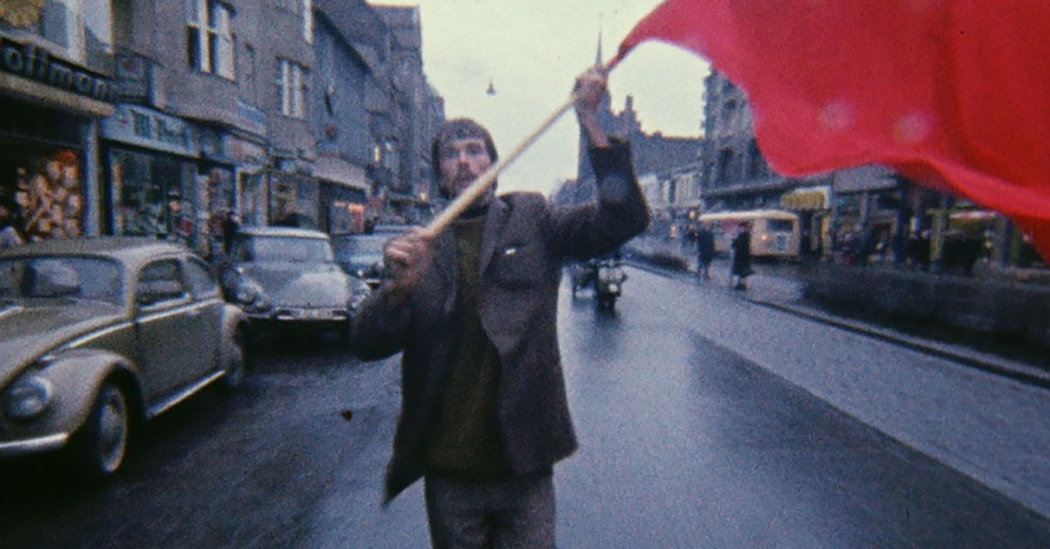 Before there were bombs, there were cameras. That is roughly the thesis of “A German Youth,” which traces the origins of the Red Army Faction, the far-left West German guerrilla group that began unleashing violence in the late 1960s.

The film unfurls its narrative through a barrage of news pieces, television commentary and politically charged movie clips made by people like Holger Meins, who studied filmmaking before joining the militants.

The result, from the French first-time feature director Jean-Gabriel Périot, is a dizzying archival assemblage. The pace is too rapid for any nonexpert to absorb or glean the significance of all the details, which Périot generally leaves unexplained. But this documentary is fitfully thought-provoking, and particularly good at illustrating political fault lines of the time. (Those who remember the Third Reich tend to see democratic right-wing governance as a step up.)

You can watch Ulrike Meinhof — then a columnist — arguing on a staid television panel for the rights of workers against industry or claiming that left-leaning activists had been systematically limited in their forums for protest. Anger at perceived bias in the press turned to violence in 1972, when the Red Army Faction bombed the Hamburg headquarters of the publishing magnate Axel Springer, among other targets.

Brechtian in construction, “A German Youth” would rather keep a distance than offer an overall assessment of its subjects. The movie simultaneously advances and questions a frightening idea: that filmmaking can serve as a gateway to revolution. But “A German Youth” falls short of having such seductive power itself.

Not rated. In German and French, with subtitles. Running time: 1 hour 33 minutes.

‘Daniel Isn’t Real’ Review: Even an Imaginary Friend Can Hurt You

This brutal musical remix goes after Boris Johnson and Brexit

This brutal musical remix goes after Boris Johnson and Brexit

Remembering the entertainment and arts figures we lost in 2019

Watch Jane Fonda give an award speech while being arrested