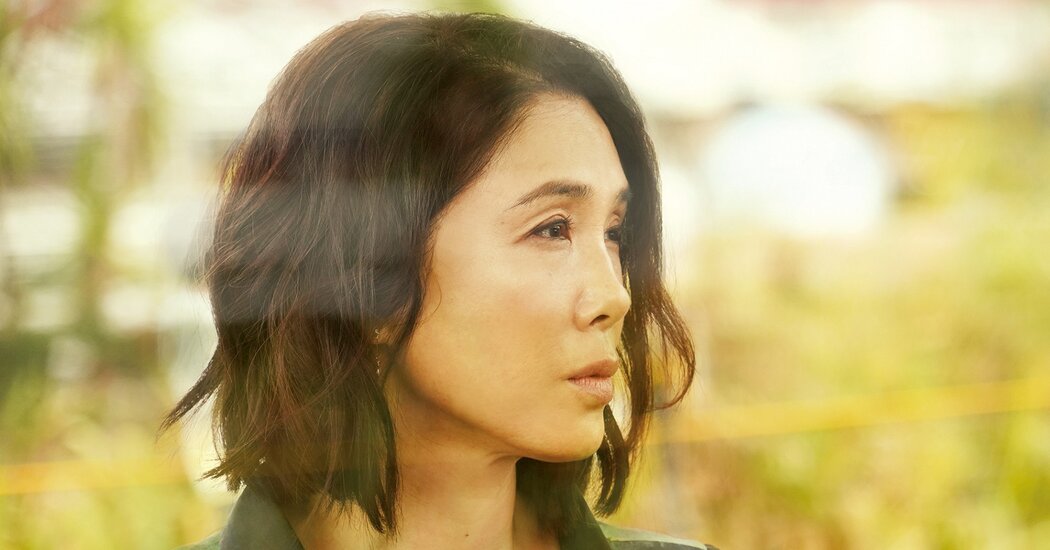 It’s significant that “A Girl Missing,” Koji Fukada’s shape-shifting vengeance drama, begins with a visit to a hair salon and a discussion of faces and familiarity. Because only by paying close attention to the lead character’s changing hairstyle and wardrobe can we follow the story’s convoluted crescendo of thwarted passion and unadulterated rage.

There’s something a little shady about Risa (Mariko Tsutsui), the coolly collected woman who seeks out Kazumichi (Sosuke Ikematsu) for a change of hair color and more. As we will learn, Risa was once known as Ichiko, a warmly competent nurse with a fiancé and a stable position caring for the grandmother in a friendly family. A shocking crime, a careless anecdote and a bad decision will leave Ichiko’s career and personal life in tatters, giving birth to a dangerous alter ego bent only on retaliation.

Ignited by a kidnapping that’s no more than a device, the maddeningly complicated plot — bubbling with revenge sexting and lesbian longing — unfolds in parallel timelines that slide back and forth without warning or notation. (In the movie’s sole stab at humor, the timelines briefly collide at a zoo as both versions of the lead character contemplate an especially well-endowed rhinoceros.) As he proved in his 2017 drama, “Harmonium,” Fukada excels at unfurling near-hysterical narratives in restrained, sometimes icily sterile scenes. But while the earlier film pulled us in, this one repels, its cloudy colors and depressing mood making us long for a single moment of joy.

Jon Stewart Returns With a Series for Apple TV+

Artists denounce use of their songs by Trump campaign

Vintage Alfa Romeos to Be Auctioned at Sotheby’s

‘Rebuilding Paradise’ Review: When a Town Burns to the Ground

New York Philharmonic Restarts the Music With a Pickup Truck

Driving into the art of Vincent Van Gogh

Everything You Missed During The Parent Trap’s Surprise Reunion