A Summer Without Superheroes 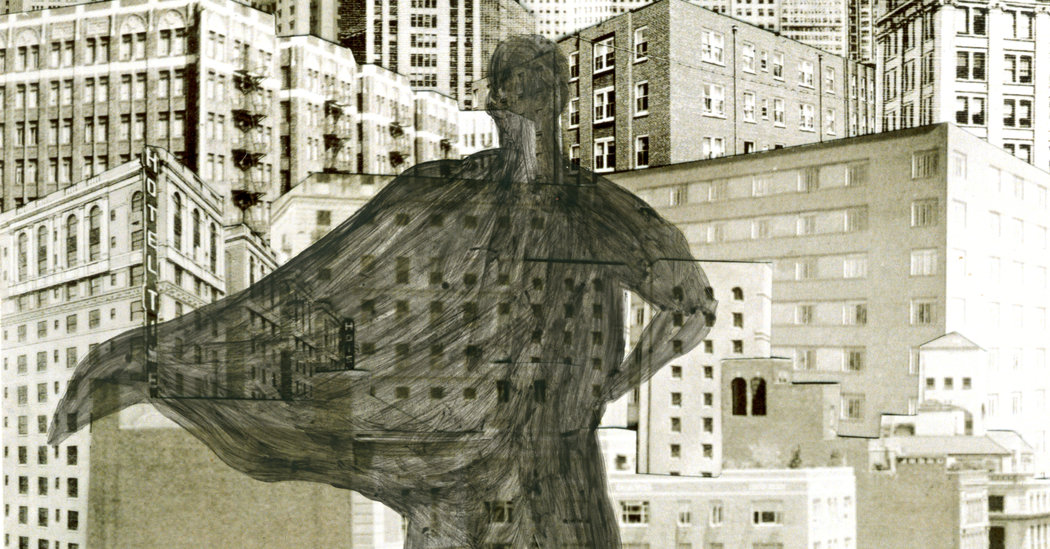 It’s hardly news that we live in an age of polarization. For at least the past dozen years, the public has been pressed to choose between obedience to a smug, privilege-hoarding neoliberal elite or allegiance to a belligerent ideology rooted in negation, self-pity, resentment and revenge. You can worship the avatars of an imperial status quo that regards you as a data point or bow down to idols of grievance.

Do you embrace winners or root for underdogs? Do you fantasize about world government or vigilante justice? Or do you find yourself drifting from one pole to another, hoping to find something to satisfy longings — for safety, for danger, for solidarity, for fun — that are themselves often unstable and contradictory? Satisfaction is intermittent and fleeting. Disappointment is the norm. Couldn’t there be a real alternative, an escape from the grip of Marvel/Disney and DC/Warner Bros.?

What did you think I was talking about? I know the analogy is imperfect, but maybe it isn’t really an analogy at all. Popular culture and politics exist on the same wavelength and work together to shape our shared consciousness. The fantasies we buy into with our attention and money condition our sense of what it is possible or permissible to imagine. And the imagination of Hollywood in the franchise era — the age of I.P.-driven creativity and expanded-universe cinema — has been authoritarian, anti-democratic, cynical and pseudo-populist. That much of the politics of the past decade can be described with the same words is hardly an accident.

Don’t @ me. I’m not trying to insult fans of “Suicide Squad” or “Ant-Man.” I’ve done enough of that already, and anyway, the quickness of so many partisans to take offense counts as evidence in support of my argument. Fandom can be a form of benign, nurturing tribalism, a mode of participation beyond mere consumption. But it has devolved recently into sullen passivity, which occasionally erupts into toxic rage.

I’m trying not to be partisan, and also to avoid bland even-handedness. I’ve enjoyed movies from both the Marvel and the DC universes, loathed others and shrugged at plenty more. But I’m not here to rehash my opinions about any particular installment. We can continue to debate our ranked lists and to isolate favorites. “Joker” was so dark. “Guardians of the Galaxy” was so much fun. “Thor: Ragnarok” was so zany. But such distinctions — and even the appreciation of particular performances or feats of filmmaking — distract attention from the oppressive, stultifying weight of the system as a whole.

It’s easier — and among liberal-minded critics fairly habitual — to find ideological and aesthetic fault on the DC side, especially since Christopher Nolan completed his “Dark Knight” trilogy. The brooding nihilism of “Joker” and the tongue-in-cheek anarchy of Harley Quinn channel some of the antisocial energies of internet trolling. “Joker,” in particular, asked to be interpreted as an allegory of white male anger even as it carefully tried to sand away the racist and misogynist implications of its premise.

But even in the Nolan days, when an earlier Joker posited an essential similarity between his gleeful chaos and Batman’s glum fury, Gotham City moved to a noticeably reactionary rhythm, governed by the politics of fear and hero-worship. Civic institutions were hopelessly weak and corrupt, with the partial exception of the police. Law and order could only be secured by extralegal means, through the personal vendettas of a very rich man with a lot of fancy, military-grade tech. The public wasn’t always grateful.

There are still books to be written about the ideological trajectories of Batman and Superman, who started out as part of the worldwide anti-fascist crusade and may have ended up on the other side. But the politics of the DC universe are at once blatant and incoherent in ways that make these movies less insidious than their shiny, consensus-driven Marvel counterparts.

It’s always been possible to argue with and about “The Dark Knight,” to be troubled or thrilled by dystopian, punitive visions of righteous and recreational violence. That you can hate those movies or feel hated by them is to some degree a sign of integrity. You can be repelled by this universe or expelled from it. With Marvel, the only option is submission.

As befits an undertaking wearing the Disney brand, the Marvel universe, a fief of the Magic Kingdom since 2009, is a friendly place. The engine that drove the franchise as it expanded was the sometimes fractious web of collegial relationships between the various heroes. There were comical squabbles and rivalries (between the Hulk and Thor) and also more consequential divisions, like the ongoing debate between Iron Man and Captain America about the ethics of having an unelected, unaccountable, secret organization of costumed fighters operating as a global — and then an intergalactic — police force.

The deck was always stacked. The modern Marvel universe was built around the charisma of Iron Man. The cult of personality around Tony Stark, who went from being the franchise’s original bad boy to becoming its most significant martyr, emerged alongside the real-world worship of Silicon Valley entrepreneurs and tech-company founders. Stark, leveraging Robert Downey Jr.’s vast reserves of charm, was a rich kid, scion of a big old-economy company, who disrupted the military-industrial complex and sold the world on all kinds of fantastic, game-changing inventions. If he occasionally stumbled into ethical gray areas or let his hubris get the better of his humanity, his charm and his unshakable good-guy identity always kept him in our good graces. He was funny, flirtatious and just enough of a jerk to keep from being a drag. A celebrity and a capitalist. The paragon of 21st-century masculinity. Or else one of those guys who ended up ruining everything.

His colleagues weren’t much better, though exceptions can always be made. Not all superheroes or whatever. But consider the nature of their common corporate enterprise, and the profiles of its most important members. Deities, hereditary monarchs, various renegade soldiers and spies. Scientists and super-beings. The only ones an ordinary person could relate to are Paul Rudd and Groot.

I know; they’re supposed to be superheroes, not everyday people. But in the Marvel Cinematic Universe, a group of warriors pledged to serve ideals of justice and fairness became a self-regarding elite, a board of directors devoted to shoring up their own power. Disney’s corporate strategy is perfectly mirrored with these films, which serve as propaganda not for any particular party or set of beliefs but for the way things are.

The role of the audience, like the role of the anonymous millions whose lives and deaths are fodder for digital action sequences, is to show up and have fun, to root for the overdogs, assured that they know what’s best for the rest of us. This has been one of the dominant modes of entertainment: to enjoy the spectacle of our own domination.

Perhaps 2020 was going to be a little different. A year after the fake Gotterdammerung of “Avengers: Endgame,” Marvel was going to scale down a bit, spinning out stories of individual superheroes, like magazine profiles of lesser CEOs. But of course a real-world catastrophe intervened, and we find ourselves facing the likely prospect of a summer with no blockbusters, no franchise episodes demanding our presence and our attention on designated weekends, no aggressive marketing flooding our home screens.

And maybe, as we use this time to rethink many of the other systems that have seemed so immutable, so natural, so much a part of the way things just are, we can reflect on why we thought we needed all those heroes in the first place, or how they were foisted on us. Eventually, we’ll go back to the movies, but maybe we’ll be less docile, less obedient, when we do. I’m not necessarily saying that we should abolish the Avengers, or defund the DC universe, but fantasies of power are connected to the actual forms that power takes. What feels like a loss in this superhero-free summer might be liberation.

Seeing Paradise From Behind a Dashboard