Alicia Keys Has Passion, Advice and Aplomb on ‘Alicia’ 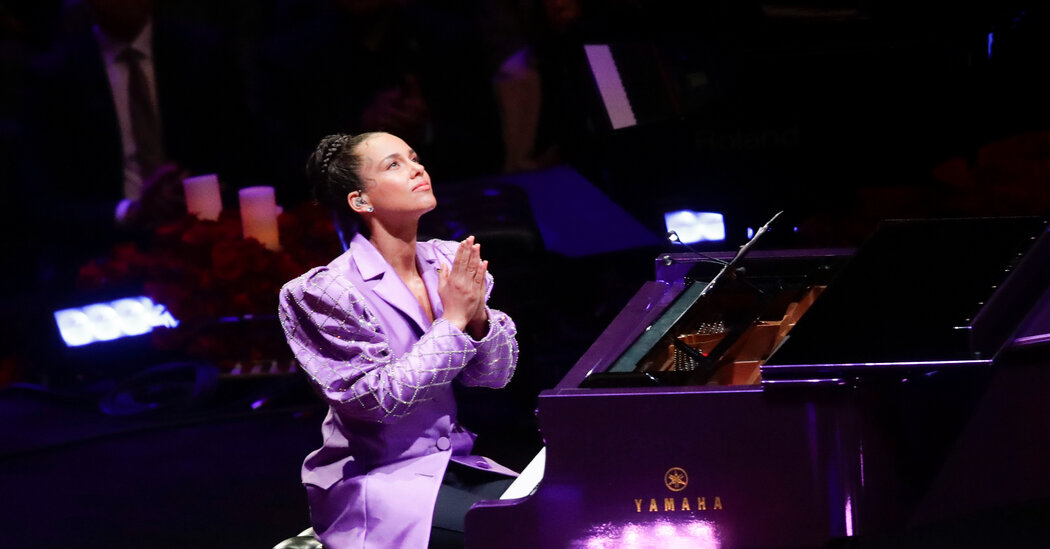 Alicia Keys has plenty of kindly, uplifting advice on “Alicia,” her seventh studio album. “Once you free your mind/There is beauty in everything,” she sings in “Time Machine.” In “Authors of Forever,” she counsels, “We’re all in this boat together/And we’re sailing towards the future/and it’s all right.” She dedicates two songs, “Underdog” and “Good Job,” to hard-working everyday people, closing the album with lyrics that clearly apply to frontline workers during the pandemic: “The world needs you now/Know that you matter.”

The album also reveals misgivings, recriminations and regrets alongside Keys’s undiminished musicality. For each of her albums — as announced in titles like “The Diary of Alicia Keys” (2003), “As I Am” (2007) and “Here” (2016) — Keys, 39, has insisted she is revealing herself further. In recent years, she has often appeared in public without makeup, refusing to glamorize herself.

“Alicia” arrives in the wake of her memoir, “More Myself,” published in March. In her book, Keys describes herself as an artist whose determination to make her own way has meant overcoming her instinct to please others. “I am strong and fierce and brave, no doubt,” she wrote. “Yet I’m also someone who has found myself on the bathroom floor, boohooing and feeling vulnerable.”

Aspiration, self-esteem and strength, especially women’s strength, have been central messages for Keys in hits like “Superwoman” and “Girl on Fire.” In her songs and TV stints — lately as a coach on the “The Voice” and the poised host of the 2019 and 2020 Grammy Awards — Keys has defined herself as a benevolent big sister and an earth mother with a social conscience. In 2001, when she emerged as a 20-year-old prodigy who was equally grounded in classical piano and vintage soul, she sang about the ups and downs of romance, but she also took note of “A Woman’s Worth.” She was only on her second album when she co-founded the nonprofit Keep a Child Alive, which supports medical care in Africa and India, back in 2003.

Keys’s previous album, “Here,” was pointedly topical, addressing poverty, addiction, sexuality and environmental destruction with her rawest music, stretching toward hip-hop and jazz and putting grit in her voice. She stays topical on “Alicia” with “Perfect Way to Die,” defying its chamber-music arrangement with vocals that rise to tearful peaks as she sings about the deaths of Trayvon Martin and Sandra Bland and the protests that followed.

Keys reclaims most of her usual composure on “Alicia,” but it’s often tinged with ambivalence, even in love songs. The music, largely produced by Keys with an ever-changing assortment of songwriters and producers that includes Johnny McDaid, Christopher A. (Tricky) Stewart and Ludwig Goransson, often hollows itself out around her, opening deep bass chasms or surrounding sparse instrumentation with echoey voids.

“Time Machine” sees “beauty in everything,” but only after noting lingering, deep-seated fears and the unstoppable passage of time; its most striking moment is its pre-chorus, a banshee choir of voices urging, “Go out of your mind.” Keys shares “3 Hour Drive” with the British singer Sampha, in a call-and-response amid slow-drip percussion and downhearted descending chords, both of them mourning that they’re no longer together.

She has happier love songs, like “Show Me Love,” a teasing, sinuous duet with Miguel, and “Love Looks Better,” a brawny march (akin to “Girl on Fire”) that proclaims, “All I wanna do is you.” But as she does in her book, she also grapples with other people’s expectations in “Gramercy Park,” a country-ish waltz that apologizes for “trying to be everything you want me to be,” and “So Done,” a duet with Khalid, over guitars and ticking percussion, about leaving behind “fighting myself, going to hell” to be “living the way that I want.”

In her extensive musical catalog, Keys shows far less compromise than her recollection suggests. She has collaborated across the spectrum with rappers, crooners, rockers, producers and songwriters, but her personality has never been submerged. She’s welcoming, compassionate, and open to ideas. But she’s nobody’s underling.

If It’s Fiction, Can It Be an Invasion of Privacy?

Quibi: Why did the video app go so wrong?

Why You Should Write Postcards, Even From Home

A Painter Who Puts It All on the Line