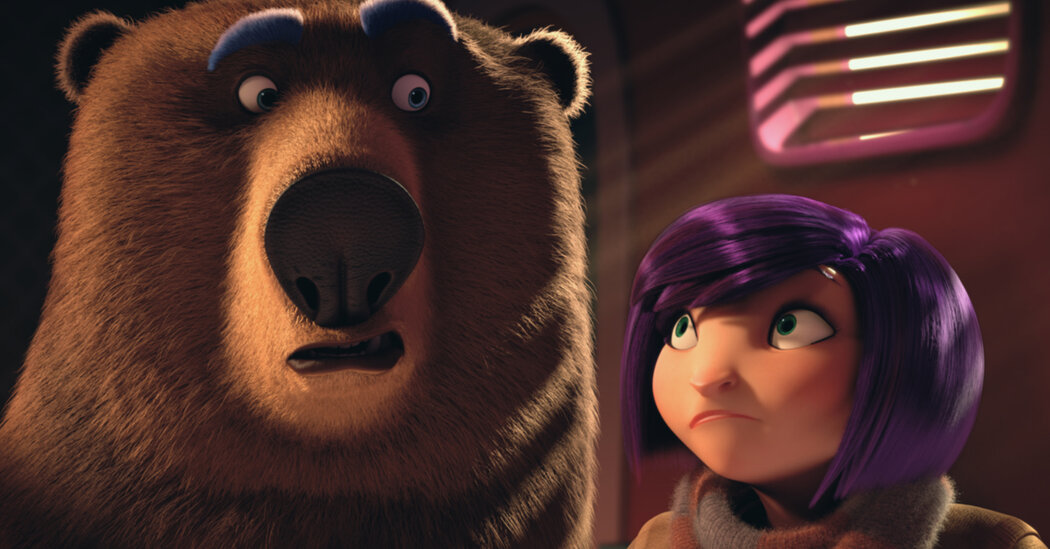 In this children’s animated feature, magical animal crackers transform munchers into circus animals. Want to be a lion, elephant or hamster? Simply dig out the corresponding cookie.

Yet somehow, the movie takes half an hour to establish that concept. The film, directed by Tony Bancroft and Scott Christian Sava and based on a graphic novel by Sava, proceeds like a John Steinbeck tome for kindergartners. It opens in 1962 and lays out decades of romance and bad blood in a circus family. The narrative features not one but two blond treacherous fops (voiced by Ian McKellen and Patrick Warburton) and an entirely separate set of fantastical cookies. (Raven-Symoné voices a scientist trying to invent a new kind of dog biscuit.)

Such ambition is uncommon in cartoons about magical snack food, and it should probably be commended for sheer perversity. Still, the ostensible draws here are slapstick pleasures, like seeing the hero, Owen (John Krasinski) — who, just to recap the lineage, is the nephew of two sibling-rival ringmasters and met his future wife, Zoe (Emily Blunt), at the circus — morph into a giant bear.

The vocal talent (Wallace Shawn as a dog biscuit tycoon, Danny DeVito as a redoubtable clown, Sylvester Stallone as a human cannonball and closet Tennyson enthusiast) likewise seems pitched way above the heads of prospective viewers. The indifferent, blobular animation, on the other hand, won’t do much to spark children’s visual imaginations, and the songs sung by McKellen are painful in their blandness. Even in a movie whose hallmark is redundancy, those should have been the first things to go.

Times Square, Grand Central and the Laws That Build the City

17 New Books to Watch For in October

Mel Gibson Was Hospitalized for Coronavirus in April

‘Godspell’ in 2020: Masks, Partitions and a Contactless Crucifixion

Dirty John: Betty Broderick Finale Recap: So This Is How It Ends