by VIPortal Team
in Books, Culture
0 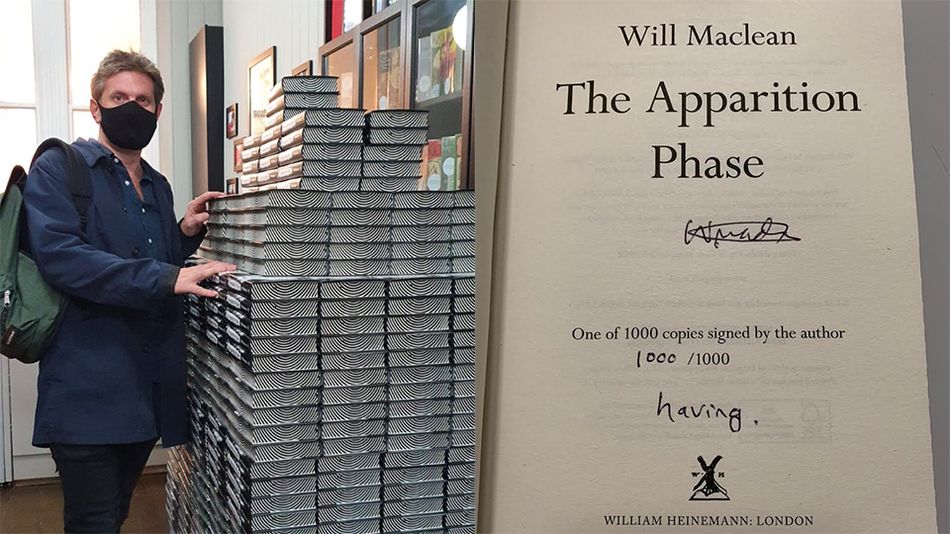 If you’re going to sign 1000 copies of your new book, you might as well make the most of that inevitable wrist ache.

Last month, writer Will Maclean’s debut novel The Apparition Phase was released into the world. To mark its publication, independent London bookstore Goldsboro Books released 1000 signed and exclusive first editions to members of their monthly book club. But rather than just putting his signature on each one, Maclean had another idea.

“On the title page, you’ll see a single word handwritten by me,” reads a note from Maclean distributed with each first edition. “That word, although meaningless on its own, is part of a piece of writing precisely 1000 words long. Read more…

TikTok’s algorithms knew I was bi before I did. I’m not the only one.

Stay prepared with 15 headlamps and flashlights on sale

In Prison, Learning Magic by Mail

Doctor Who, Call the Midwife and Mrs Brown on BBC Christmas TV line-up