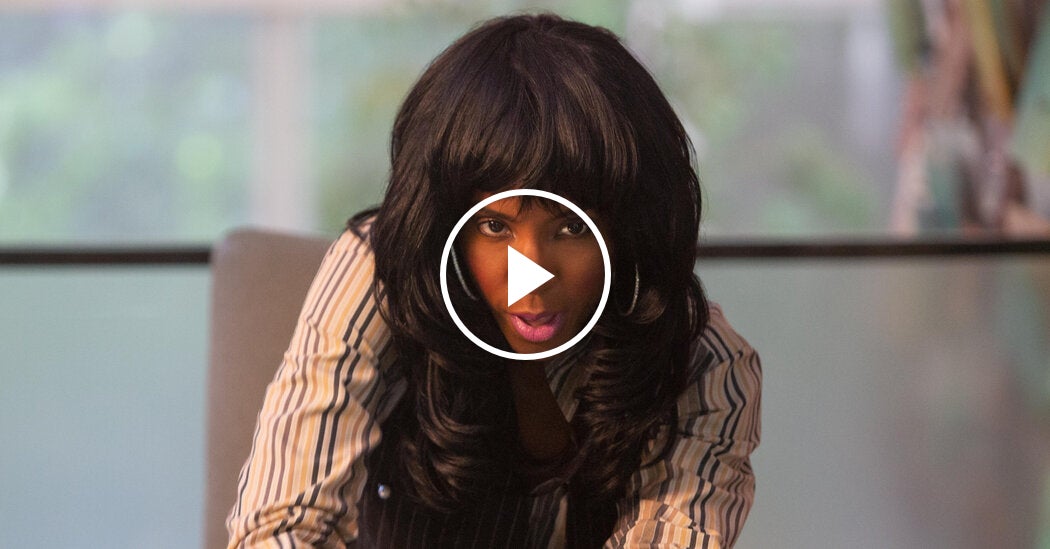 “Hi I’m Justin Simien. I wrote and directed ‘Bad Hair.’ So we are at Culture TV, which is a music video television network in 1989. They are the Black alternative to RMV, which mostly plays rock and pop music. And Anna Bludso, played by Elle Lorraine is an assistant there, but she’s got everything it takes to be a host and a producer, if only the folks at her job would give her the chance.” “We got a banging exclusive from the princess of pop soul, ‘I Get It,’ by Sandra.” “So one of the things that I found in my research is that 1989 was very much a pivotal year in the history of the weave. That was a year where it really began to explode in terms of a consumer product for Black women. Sandra, played by Kelly Rowland— she’s an amalgamation of Janet Jackson, Jody Watley, Karen White. That sort of Black female pop star that was embracing urban Black culture, particularly with the sound of new jack swing, but trying to be a breakout pop star at the same time. In a lot of ways, Sandra is an analogy for what Anna is also trying to do.” ”(SINGING) The ones that you’re thinking of—” “Huh, that must be glued down. Or a really good relaxer, maybe.” “Which is to hold onto as much of herself as she can, but also make it in the world and find some success for herself outside of her little community. We had a choreographer. Her name is Jamila Glass. She and I went to high school together. What I love about Jamila is that she understands that the camera is also a participant in the choreography. The camera moves need to be in sync with the dance, so we had a good time putting that together. Part of it was location. We found this amazing house that felt like it was stuck in 1989. And then the rest of it was watching a lot of music videos from the time period, taking in the resources that we had, and figuring out, what would they have done in 1989 if they had this house, this lighting equipment, this dance, these costumes? What would they do? And that’s what we did. And I have to say, until we got to some of the crazier kills, it was probably the most fun that everybody had on set.” “I get it, O.K.?”

Barry Gibb Has a Mission: ‘Keep the Music Alive’

‘Mayor’ Review: Leading a City With the World Watching

Barack Obama Dials the Volume Down and the Urgency Up