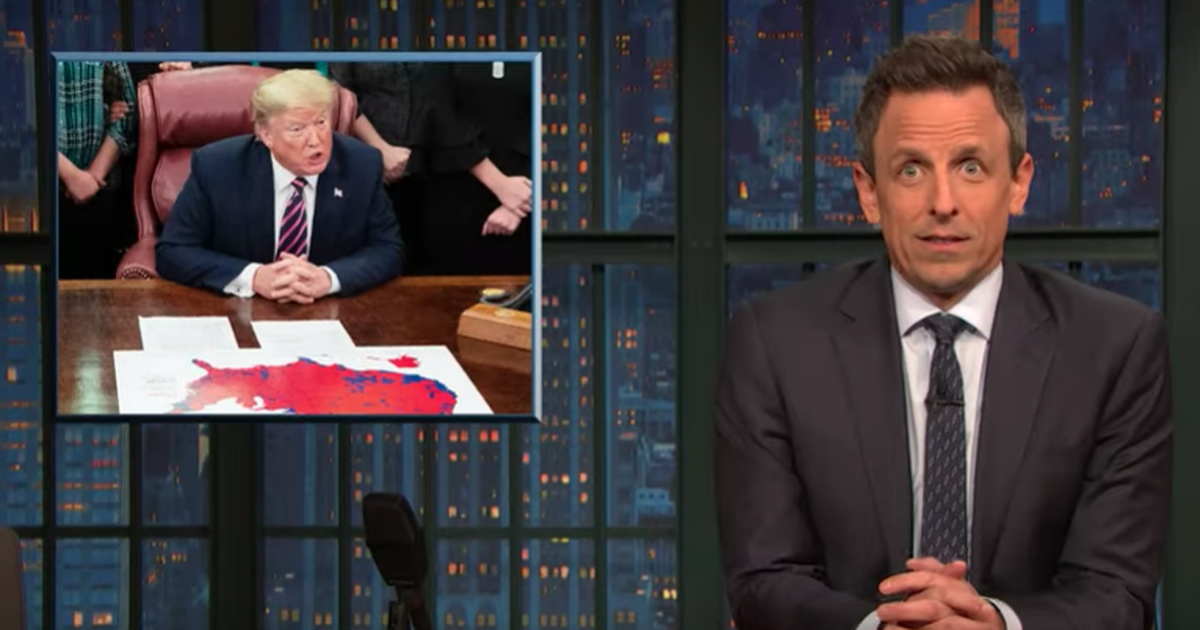 Given that he’s about to be the star of the third — third! — Senate impeachment trial in American history, you’d think Trump would be feeling pretty special right about now.

Instead, he’s been “shuffling around his chintzy resort in Palm Beach grousing to club members about how unfair it is that he’s facing an impeachment trial,” as Seth Meyers puts it. He’s so upset and confused, apparently, that he needs an emotional-support map to soothe his ego.

The Late Night host picked up on reports and photos of Trump with a completely unrelated color-coded map of the 2016 election results during an Oval Office meeting promoting school prayer. As the Washington Post noted, this same map circulated online in 2017 and has its numbers wildly wrong, with several counties that went for Hillary Clinton colored red instead of blue.

Meyers showed footage of the meeting, in which Trump gazed at the red-dominated map as one of the guests spoke. “Basically they gave him that map the way parents give their kids a maze and crayons at a restaurant,” said Meyers.

“[T]he map just sat there on the desk, unmentioned, for the entire event! Trump never talked about it — it was just there to entertain him and make him feel better. They might as well just have it printed onto a blanket so he can carry it around Linus-style.”