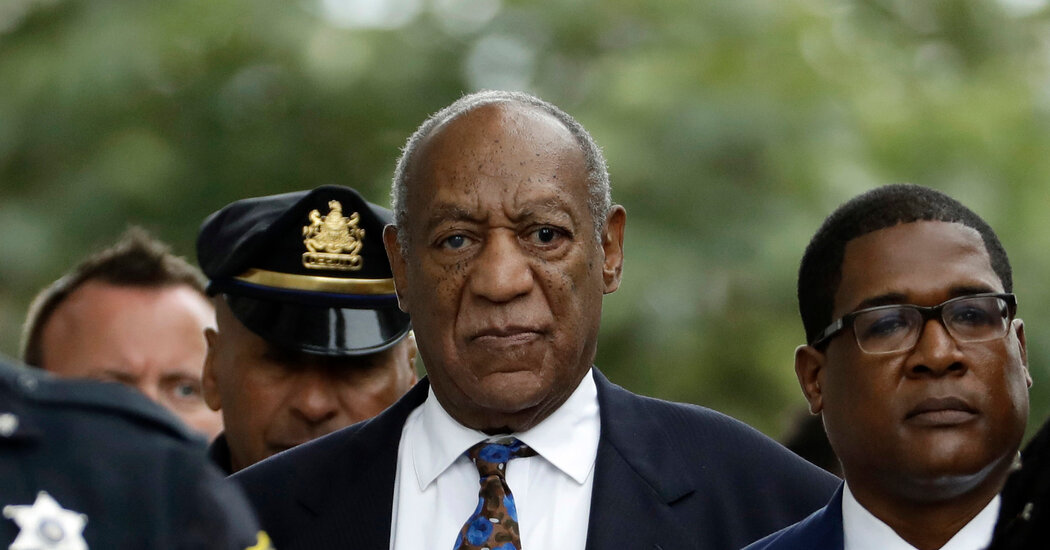 A panel of appeals court justices closely questioned Pennsylvania prosecutors Tuesday about whether Bill Cosby had been treated fairly at his sexual assault trial in 2018 when five other women were allowed to testify that they too had been similarly abused by the entertainer in encounters stretching back into the 1980s.

The hearing before Pennsylvania’s Supreme Court, the state’s highest court, was part of Mr. Cosby’s latest effort to overturn his conviction in the drugging and sexual assault of Andrea Constand at his home outside Philadelphia in 2004.

The decision by the trial judge to include the testimony by other so-called “prior bad acts” witnesses had been a key moment of the trial. But Mr. Cosby’s defense team has argued that the collective weight of the women’s accounts, which had never been the subject of criminal cases of their own, had unfairly tainted the jury.

“The presumption of innocence just did not exist for him at that point,” she added.

Prosecutors from the Montgomery County district attorney’s office defended the decision during the 75-minute hearing, which was held virtually, arguing that the testimony of the other women established, as recognized under Pennsylvania law, a signature pattern of conduct by Mr. Cosby.

The inclusion of so-called “prior bad acts” testimony is rare, but in Pennsylvania, as in other states, it is allowed if, among other conditions, it demonstrates a signature pattern of abuse.

But some of the seven justices seemed unconvinced and questioned the prosecutors sharply about the inclusion of the other women.

Referring to the argument that the testimony established a pattern, Justice Christine Donohue said, “Frankly, I don’t see it.”

Justice Max Baer said, “I tend to agree that this evidence was extremely prejudicial.”

At least three other justices questioned the reasoning for allowing in the testimony by Mr. Cosby’s other accusers.

Mr. Cosby’s conviction in April 2018 capped the precipitous demise of one of the world’s best-known and most popular entertainers. It also offered a measure of closure to the dozens of women who for years had accused him of similar assaults. To many of those accusers, the verdict was a development that reflected that, going forward, the accounts of female accusers might be afforded greater weight and credibility by jurors.

Mr. Cosby, 83, is now serving a three- to 10-year sentence at SCI Phoenix, a maximum-security facility outside Philadelphia.

But since his conviction, Mr. Cosby, who denies his guilt and says any relationships were consensual, has fought to overturn the verdict, arguing that important decisions made by the trial judge, Judge Steven T. O’Neill, of the Montgomery County Court of Common Pleas, had denied him a fair trial.

A lower appeals court, however, agreed with Judge O’Neill and upheld the conviction last December. But the Pennsylvania Supreme Court subsequently agreed to hear arguments on the judge’s decision to allow other women to testify. It also agreed to review Judge O’Neill’s decision to allow the trial to go ahead despite a former district attorney’s statement that he had once given Mr. Cosby his binding assurance that he would not be charged in the case.

The former district attorney said he had given Mr. Cosby the assurance in order to encourage him to testify in a civil case brought by Ms. Constand. In that testimony, Mr. Cosby acknowledged giving quaaludes to women he was pursuing for sex, and as part of the current appeal, the Supreme Court is considering whether the jury should have heard that testimony.

Any ruling by the appeals court to overturn the verdict would be by a majority vote and is not expected for several months.