Black Art Has Its Moment, Finally 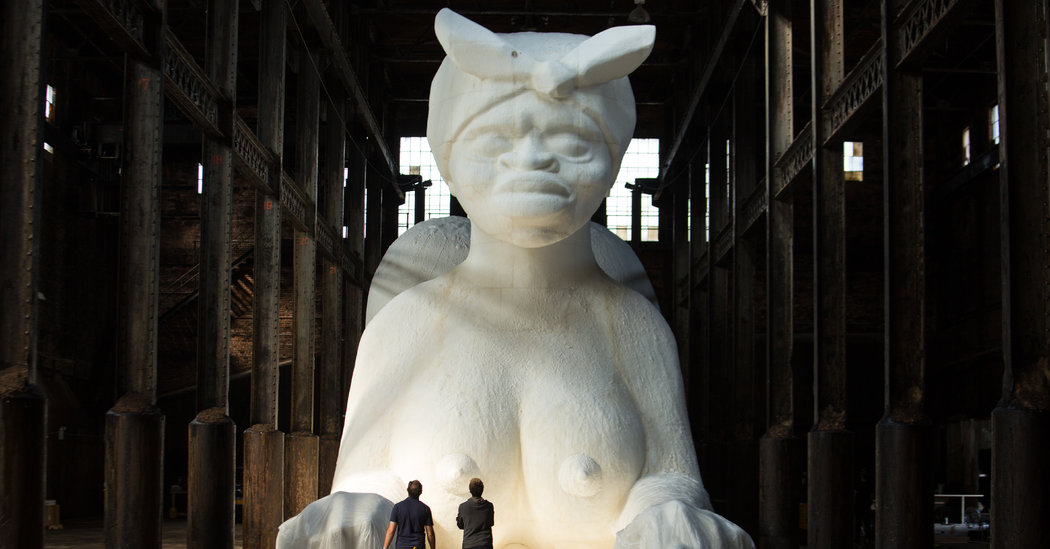 What made the 2010s the most thrilling of all the decades I’ve spent in the New York art world was the rising presence of black artists of every ilk, on every front: in museums, commercial galleries, art magazines, private collections and public commissions.

During this exhilarating sea change new talent emerged, older talent was newly appreciated and the history of American art was suddenly up for grabs — and in dire need of rewriting.

Change was foreshadowed by earlier exemplars like (to name but a few) Faith Ringgold, Barbara Chase-Riboud and Robert Colescott in the 1960s; Adrian Piper and David Hammons in the 1970s; Jean-Michel Basquiat, in the 1980s; Chris Ofili, Kara Walker, Glenn Ligon and William Pope. L in the 1990s. The 2000s brought artists like Mark Bradford, Julie Mehretu, Mickalene Thomas, Rashid Johnson, Xaviera Simmons, Adam Pendleton and the great Henry Taylor, who had his first show in 2005 at Daniel Reich’s tiny gallery in Chelsea. I remember being stopped in my tracks by those paintings of black Angelenos in everyday circumstances.

For me, the decade began a bit early, in 2007, with the striking coincidence of two full-dress museum retrospectives devoted to black artists: Kara Walker’s incendiary depictions of the antebellum South at the Whitney Museum of American Art and Martin Puryear’s quietly insistent sculptures at the Museum of Modern Art. But things really got underway after 2010.

In 2011, Glenn Ligon filled the fourth floor of the Whitney, still on Madison Avenue then, with his forceful entwinings of art and blackness in America, starting with paintings that reduced texts from Ralph Ellison’s “Invisible Man” to nearly indecipherable tar-like surfaces.

Contrasting that was Mickalene Thomas’s boisterous midcareer survey at the Brooklyn Museum in 2012, featuring her large-scale relief paintings celebrating black women in lavishly decorated interiors that riffed on Matisse’s odalisques. No Manhattan museum had the nerve to do a show that questioned so many different norms, from women’s beauty to high art.

Two years later came Kara Walker’s amazing installation at the Domino Sugar factory in Williamsburg. Titled “A Subtlety, or The Marvelous Sugar Baby,” it centered on a monumental, brilliantly white (because it was sugar-covered) sphinx with the head and breasts of a black woman that was majestic yet sexualized. Its caustic subtitle spelled things out: “a homage to the underpaid and overworked Artisans who have refined our Sweet tastes from the cane fields to the Kitchens of the New World on the Occasion of the demolition of the Domino Sugar Refining Plant.”

Another milestone was “Mastry,” Kerry James Marshall’s survey at the Met Breuer in 2016, and the Metropolitan Museum of Art’s first-ever retrospective of a living black artist. It was also important that Mr. Marshall’s paintings are representational: fastidiously rendered, densely allegorical scenes occupied by ebony-skinned figures that touch on everything from the failure of housing projects to Renaissance art. His work sanctioned the determination of many young artists to populate their paintings with images of women and black people traditionally absent from the medium.

There were transformative exhibitions to be seen in commercial galleries. Especially moving for me was the astounding video, “Love Is the Message, the Message Is Death” by Arthur Jafa at Gavin Brown’s Enterprise in 2016. Crosscutting mostly found footage to the sound of Kanye West’s gospel-based “Ultralight Beam,” the piece formed a seven-minute exegesis on black life in America: the trauma of police violence; the support of black collectivity; the destructiveness of poverty and oppression and the sustaining strength of black culture, especially music. It made clear the cost of racism as a loss for the entire country in its humanity, creativity and economy.

But if my 2010s had a hinge point, it was the firestorm around “Open Casket,” a painting by Dana Schutz in the 2017 Whitney Biennial. Ms. Schutz, who is white, had based it on famous photographs of the battered body of Emmett Till, the black teenager from Chicago who was lynched in Mississippi in 1955 on fabricated allegations of flirting with a white woman. The photograph was taken at Till’s funeral where his mother had insisted on an open coffin so that, as she said, “all the world could see.”

The arguments about the painting focused on whether a white artist should portray, much less exhibit, a subject so deeply traumatic to African-Americans, and the incendiary demand — first made in a public letter by the artist Hannah Black — that the painting be destroyed. In the end the debate over artistic freedom seemed less important than the intensity of the anger: the speed and starkness with which it illuminated white obliviousness and entitlement.

For many white people, this writer included, the furor was life-changing, as much as I disagreed with Ms. Black. Telling artists what they can and cannot do may come back to bite you. But the uproar made me see that many artists create work that they realize should not be exhibited, which probably should have been the case here. Altogether, I am grateful for the extremeness of her stance. It broke open something that had needed to be broken open for a long time. One immediate outcome was the 2019 Biennial, with its high percentage of female artists of color.

This is but the barest outline of the important changes of the 2010s for art. There were many moving parts. In the short term there was the Obama presidency and the barriers it broke, from the election itself to the first couple’s selection of African-American artists to paint their official portraits. In the long run there was (and is again) the civil rights movement and as well as the struggles and achievements of African-American artists and artisans since the colonial period, some of whom may still await discovery. From this vantage point the 2020s should prove even more memorable.

Yes, There Is Another Downton Abbey Movie Coming — But Not For Quite Some Time

Michelle Obama works out to Lizzo, Beyoncé, and Ed Sheeran